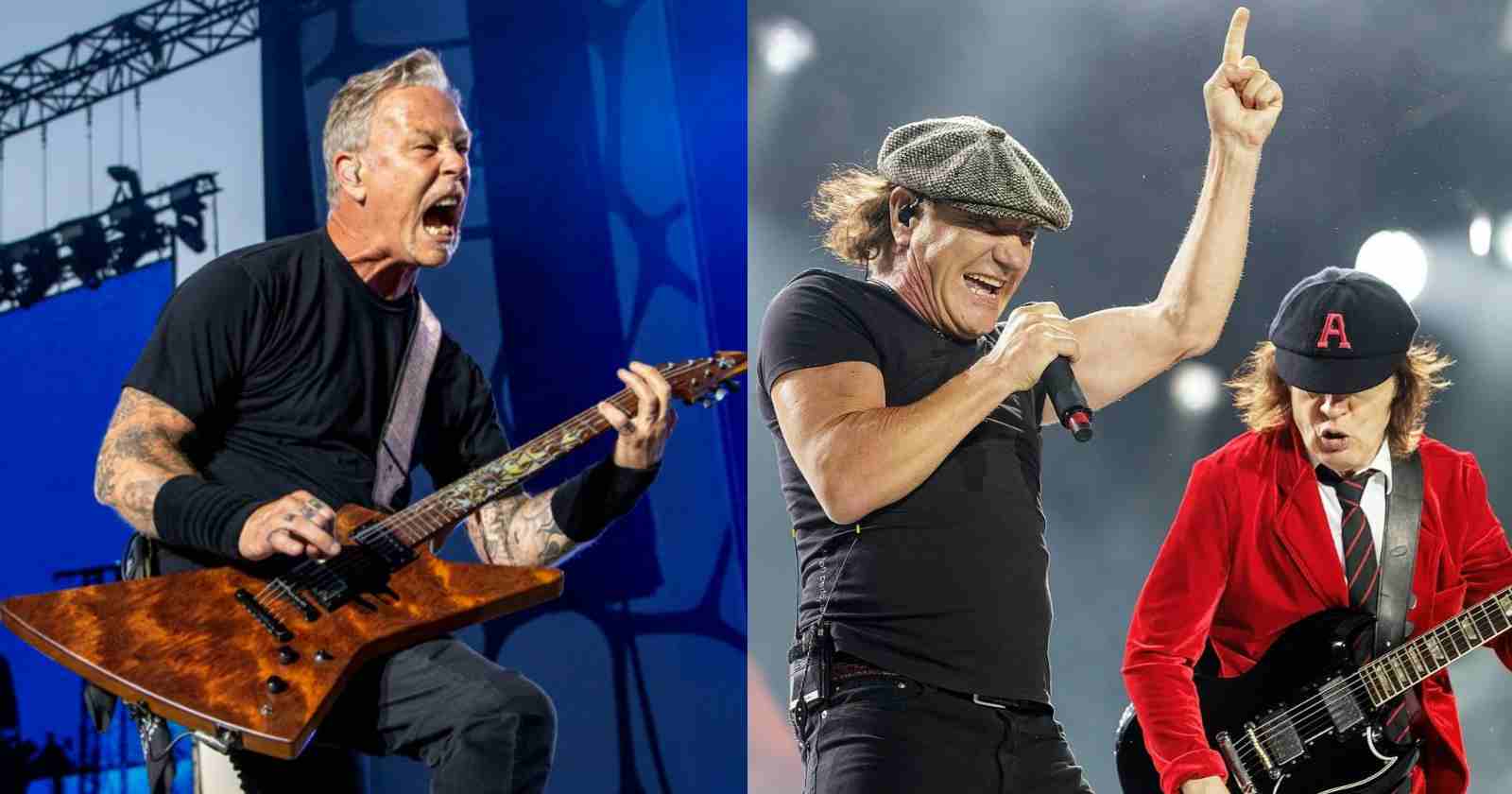 Considered The Beatles of Hard Rock music, AC/DC was formed in Sydney, Australia back in 1973 and became one of the best-selling bands of all time with an estimated amount of 200 million records sold worldwide. With classic albums like “Highway To Hell” (1979) and “Back In Black” (1980) the band survived the tragic lost of their vocalist Bon Scott and created a new legacy as big as the one with Scott after singer Brian Johnson joined the group. Over the years many famous musicians talked about AC/DC and one of the is the legendary Metallica vocalist and guitarist James Hetfield.

What is James Hetfield’s opinion on AC/DC

Back in July 12, 1978 at the age of 15, the future Metallica vocalist and guitarist James Hetfield went to his first real concert. He saw Aerosmith, one of his favorites bands, that had AC/DC as the opening act. That experience made his passion for those groups grow even more. “Music would speak my voice, and it connected on so many levels. It made perfect sense that I would want to express myself that way. It was all about Kiss and Aerosmith. The first concert I went to was Aerosmith and AC/DC at the Long Beach Arena,” James Hetfield said in an interview with Guitar World in 2009.

At that show, Hetfield was lucky enough to see the first golden age of the Australian Hard Rock band with Bon Scott on vocals, who tragically died at the age of 33 back in 1980. Hetfield even listed the late singer as one of the best of all time on the position number 5 on the list of the 20 best singers of all time that he made for Rolling Stone magazine back in 2008.

Curiously, only 13 years later, Metallica toured with AC/DC as their opening act on the Monsters Of Rock tour. It was almost the last time that Thrash Metal band opened for another group. The reason is that in that same year they released their most successful record, the self-titled album, also known as “The Black Album”. That record has hits like “Enter Sandman”, “Sad But True”, “The Unforgiven”, “Wherever I May Roam” and “Nothing Else Matters”.

Malcolm Young was a big influence

Nowadays, Hetfield is considered one of the best Metal rhythm guitarists of all time. He said many times that the late AC/DC guitarist Malcolm Young is one of his biggest influences. “So guitar influences for me—really percussive. As I mentioned earlier, I’d love to play drums too (laughs), you know? What I do is play drums on the guitar. I’m very rhythmic, and obviously I’m a rhythm guitar player. So there’s some great rhythm guitar players out there. Malcolm Young (AC/DC) obviously. Rudolf Schenker (Scorpions) and I would say Johnny Ramone (The Ramones) had just a great right hand. A lot of down picking, da-da-da-da (he sings a guitar down-picking part), really machine-like,” James Hetfield said.

Even though AC/DC doesn’t tour since 2016 due to Brian Johnson’s hearing problems, the band was a big inspiration for Hetfield as a live act when he talked about them in an interview with Billboard in that same year they stopped touring.

When talking about Metallica’s role models for working until retirement age, Hetfield praised the AC/DC guitarist Angus Young. “Everybody mentions The Rolling Stones. They could probably play until they’re 120. Lemmy (Kilmister from Moörhead) gave it all he had until the last breath. Bruce Springsteen, another guy I admire for his endurance. But Angus Young, that guy blows my mind. That guy sweats so much every night. I can’t believe his head is still on his body,” James Hetfield said.

Since 1975, AC/DC have released 17 studio albums, 15 available all over the world and two only in Australia.