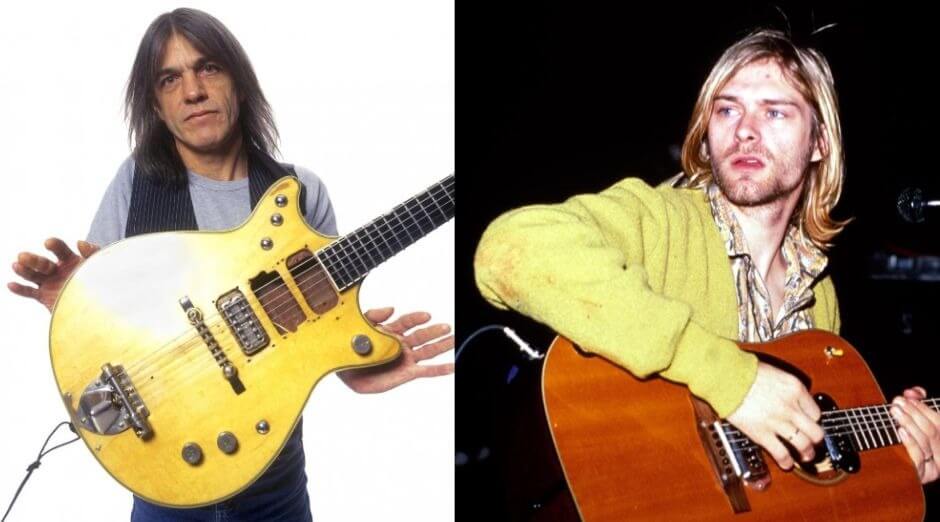 The legendary AC/DC rhythm guitarist Malcolm Young is considered one of the best of all time and unfortunately died in 2017. Back in 1992, during an interview Metal CD’s Mark Blake he was asked if he would listen to the current music and used watch MTV. The musician answered revealing his opinion about Kurt Cobain.

The interviewer cited bands like Van Halen and Ozzy Osbourne trying to make Malcolm Young to talk about AC/DC’s rivals:

Mark Blake said: “There was another painfully long pause. The silence between London and Sydney was deafening. Finally he spoke”

Malcolm Young: “Seen a few of them bands on MTV”

Mark Blake: “Which ones? (With another long pause)”

Mark Blake:“Bingo! In 1992, Nirvana were the biggest band in the known universe. What, I wondered, did Malcolm think about Kurt Cobain and Nirvana’s angst-fuelled take on heavy rock?

With another long pause Malcolm Young said: “Naaaaah. Singer’s a blond feller. Bit of a poser.”

On the same interview, he talked about AC/DC being essentialy a live band:

“Everyone said right from the start that AC/DC are a live band, and that the studio albums never matched us live. After If You Want Blood and Bon’s death, the question was always there – would we do another live album? We wanted to wait until we had enough live material with Brian to give him a fair old shot, so he wasn’t up there singing all old Bon songs.

“Around the time of For Those About To Rock, we started to fill some of those big amphitheatres, and many bands playing the same venues were starting to put on a real show. People pay the same amount of money to see AC/DC as they do to see Genesis.”

“But if they don’t see any lights, any stage set, if all they get is five guys playing in the background, they’re going to feel short‑changed. It doesn’t matter how good the music is, you have to present something the best way you can. People now expect the bell and the cannons when they go to an AC/DC show, and we’re happy to give it to them.

“This album has all the best AC/DC songs on it from both eras of the band. Some of the old stuff, like Whole Lotta Rosie, still has a real kick to it.”