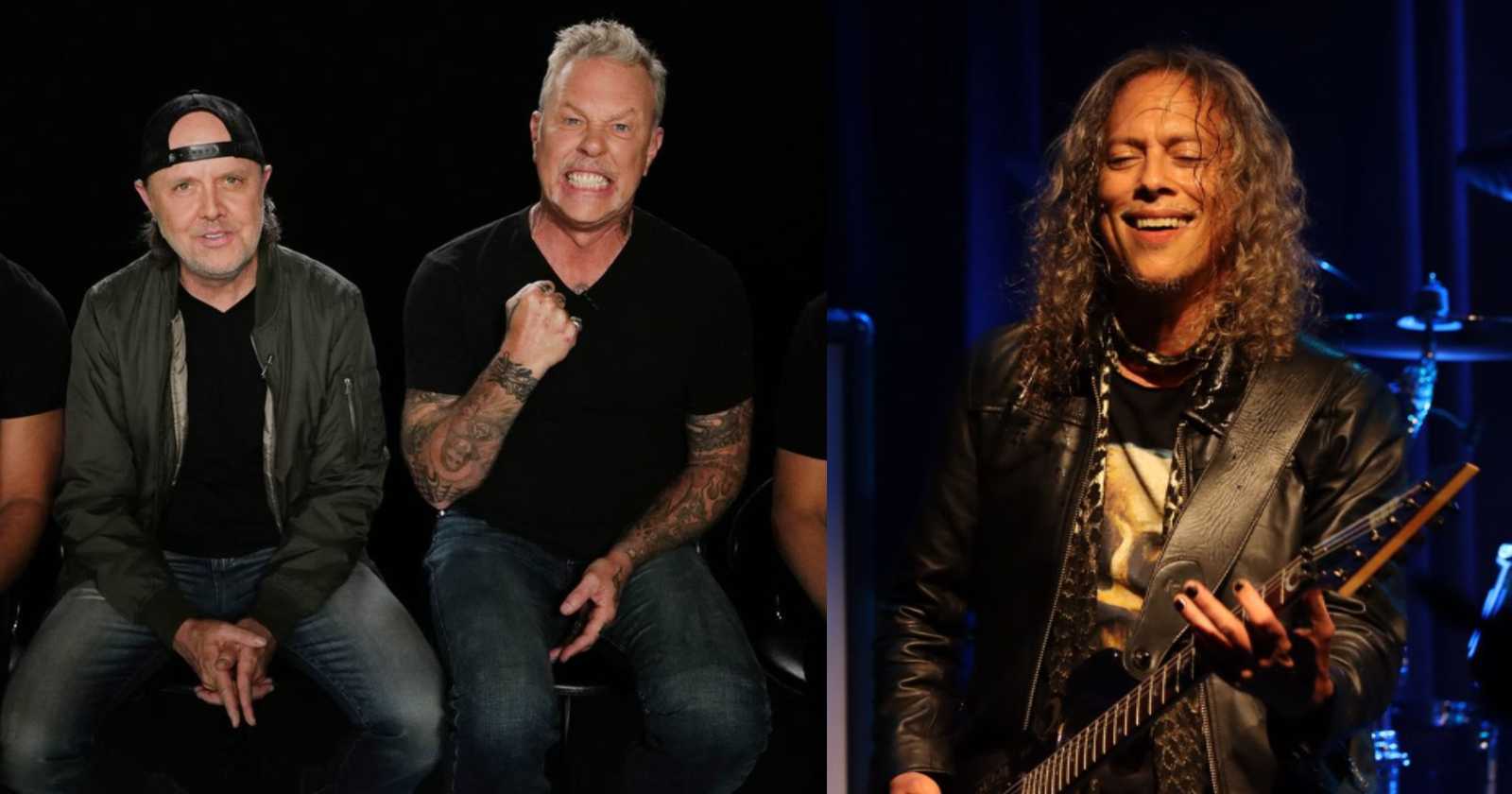 Metallica released 10 studio albums and is ranked as one of the best selling bands of all time, having sold more than 125 million albums until 2018. With a extensive catalogue the members James Hetfield (Guitar and vocals), Lars Ulrich (Drums), Kirk Hammett (Guitar) and Rob Trujillo (Bass) have favorite songs to play live and revealed which ones are in interviews over the years.

The songs that Metallica members like to play live the most:

“That’s a tough one because it varies night to night. But overall I enjoy playing “Disposable Heroes” and I’m gonna throw in “Orion” as a sort of backup”.

“My favorite Metallica song to play live is “Sad But True”

“The first one, because that’s when it’s all happening, man. Everything is hitting you at once. It’s just boom! It’s a testament to your attitude. Because you go out there and you might be feeling crappy and then all of a sudden you go ‘Brang!’ (Imitates a chord in the guitar) and it’s ‘oooh’, then everything is great, everything is fine, ‘the world is okay now, I’m gonna be fine’. Or you go ‘Oh,my sound is horrible, oh it’s raining and blah, blah, blah’. It has a lot to do with my attitude. But the first song is always my favorite because you get an instant… you can tell how the gig is gonna go.”

In a backstage interview from Metallica.com archives (Transcribed by Metalhead Zone), Kirk Hammett listed some of his favorite songs to play live, saying: “I really enjoy playing ‘No Leaf Clover,’ and it’s relatively new and I really enjoy playing ‘Jump in the Fire’ and now that we’re playing with F-star rather than G. I love playing ‘Seek & Destroy.’”

“Of course, I like playing ‘Dyers Eve’ because it’s a challenge every time we play it. Every time I play that guitar solo and I pulled it off and I’m like yeah I did it again. It’s a really difficult guitar solo for me to play. I love playing ‘Blackened’ as well.”

Formed in Los Angeles, California back in 1981 by James Hetfield and Lars Ulrich the band has been based in San Francisco almost his whole career. They are considered one of the founders of  the Thrash Metal genre alongside Megadeth (Band created by Dave Mustaine after he was fired from Metallica), Anthrax and Slayer.

Metallica was inducted to the Rock and Roll Hall Of Fame back in 2009 and already won 9 Grammy Awards and was nominated 23 times.