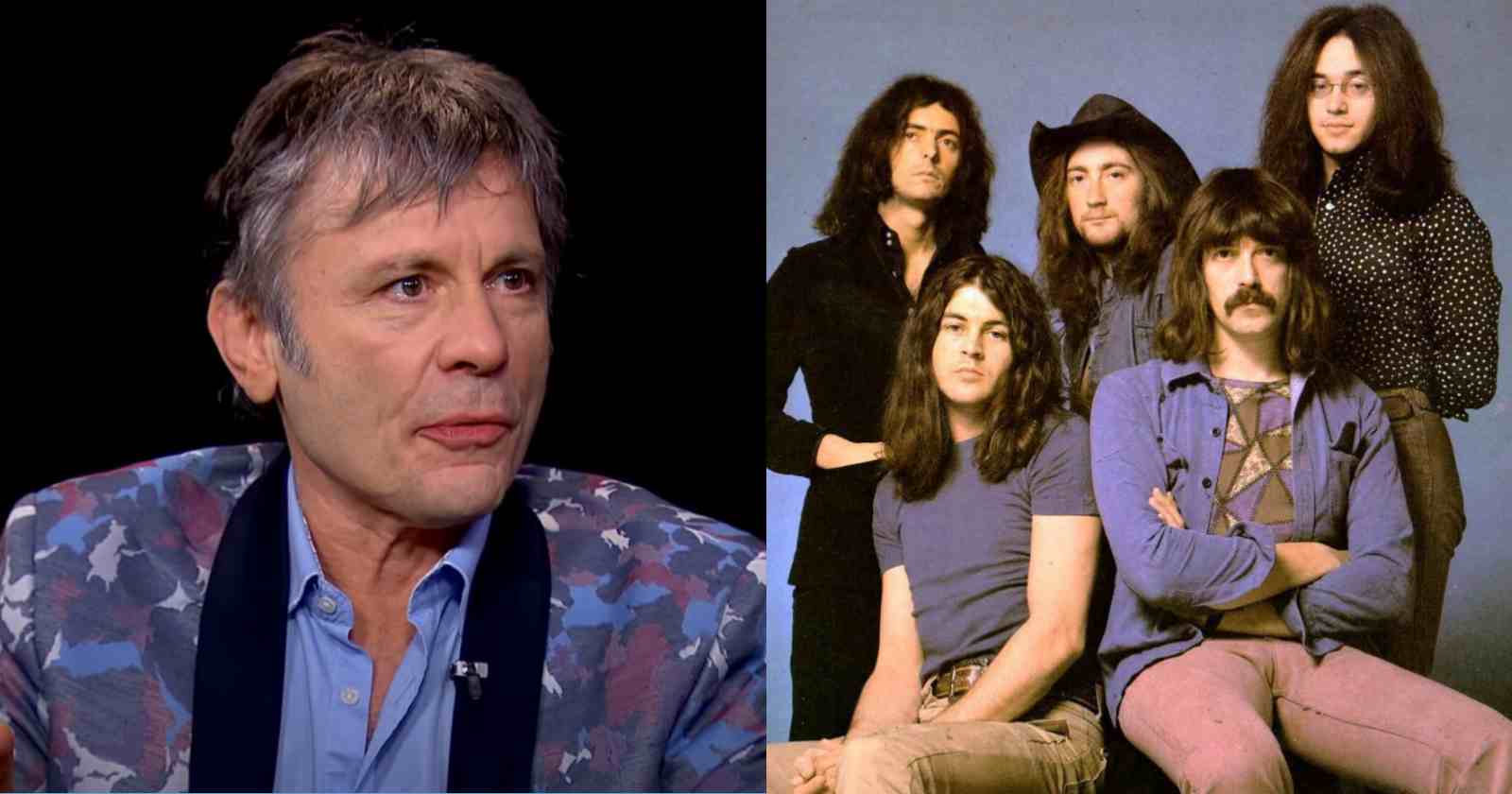 The legendary Iron Maiden vocalist Bruce Dickinson always named the Deep Purple singer Ian Gillan as one of his biggest influences and also often says the group is one of his favorites of all time. Over the years he had the chance to perform live with almost all the members of the band, including Gillan. To show a little bit more of his love for them, Rock and Roll Garage selected the 3 Deep Purple songs that Bruce Dickinson said are some of his favorites.

The 3 Deep Purple songs that Bruce Dickinson picked as favorites

Bruce Dickinson listed Deep Purple’s “Speed King” in an interview with ABC back in 2018 as one of the songs that made him who he is. The musician explained that it was the first track he ever heard from the band in the school: “I was walking up and down the corridor at boarding school and I heard this racket coming from behind a door. I thought, ‘Oh my god, What is that?!’. So, I knocked on the door. This senior boy opened the door and looked at me with a big sneer on his face.”

The first track of the 1970 album “Deep Purple In Rock”, “Speed King” showed the power of Ian Gillan’s vocals and the incredible sound the group had created at the time. It also was the first album to featured Gillan on vocals and Roger Glover on bass.

Released in the album of the same in 1971, “Fireball” was chosen by Bruce Dickinson in an interview with My Planet Rocks back in 2020 (Transcribed by Rock and Roll Garage) as one of his favorite songs of the band.

“It’s just one of those tracks, that is not played very often. But it’s got some phenomenal bits in it. And of course, it’s also got – I mean, having been a drummer or at least aspired to being a drummer, I have huge respect for drummers. Ian Paice is simply one of the finest drummers in the world, he really is. And I suppose if you’re going to be a drumming nit-noid type guy, it’s his foot. It’s all down to his foot,” Bruce Dickinson said.

Curiously, Ian Gillan chose many times “Fireball” as Deep Purple’s most underrated album. He said that he likes that record so much because without it the band would have never made their masterpiece: “Machine Head” (1972).

“When A Blind Man Cries”

In 2012, Bruce Dickinson was part of the album “Re-Machined: A Tribute to Machine Head”, that gathered famous musicians recording tracks from Deep Purple’s “Machine Head”. The Iron Maiden vocalist ended up recording “Space Truckin'”. But as he revealed in an interview with Metal Hammer in 2016, he only chose that track because Metallica had chosen his favorite one before.

“Ah… Metallica nicked the best song! When I heard they’d done ‘When A Blind Man Cries’ I was, like: ‘Oh I would have picked that one.’ But projects like this are terrific because they’re musically very pure. There is no agenda to this. Except coming in and doing a performance and making music. It’s refreshing,” Bruce Dickinson said.

The singer had the chance to perform “When A Blind Man Cries” live on stage with an orchestra and bassist Roger Glover in 2021 in Hungary.

Bruce is such a big fan of Ian Gillan that the first time he ever met the singer, he was so nervous that he puked. He recalled that funny moment in an interview with BBC Radio in 2021, saying: “We’ve done an album in Ian Gillan’s studio. So we’ve all been up the pub and had a few pints. Then In walks my god, Ian Gillan. (He) goes, ‘Hey, what a great vocalist. Who’s the singer?’ (Then) at that moment, I felt the sudden urge to vomit.”

“I ran out of the room [and] puked up for about 45 minutes in the toilet. So in comes my idol, kicks the door and goes: ‘Come on, mate. Out you come. Let’s get you wiped down with a towel.’ He put me in a taxi and sent me home. So I’ve never forgotten that. He’s never let me forget it either,” Bruce Dickinson said.