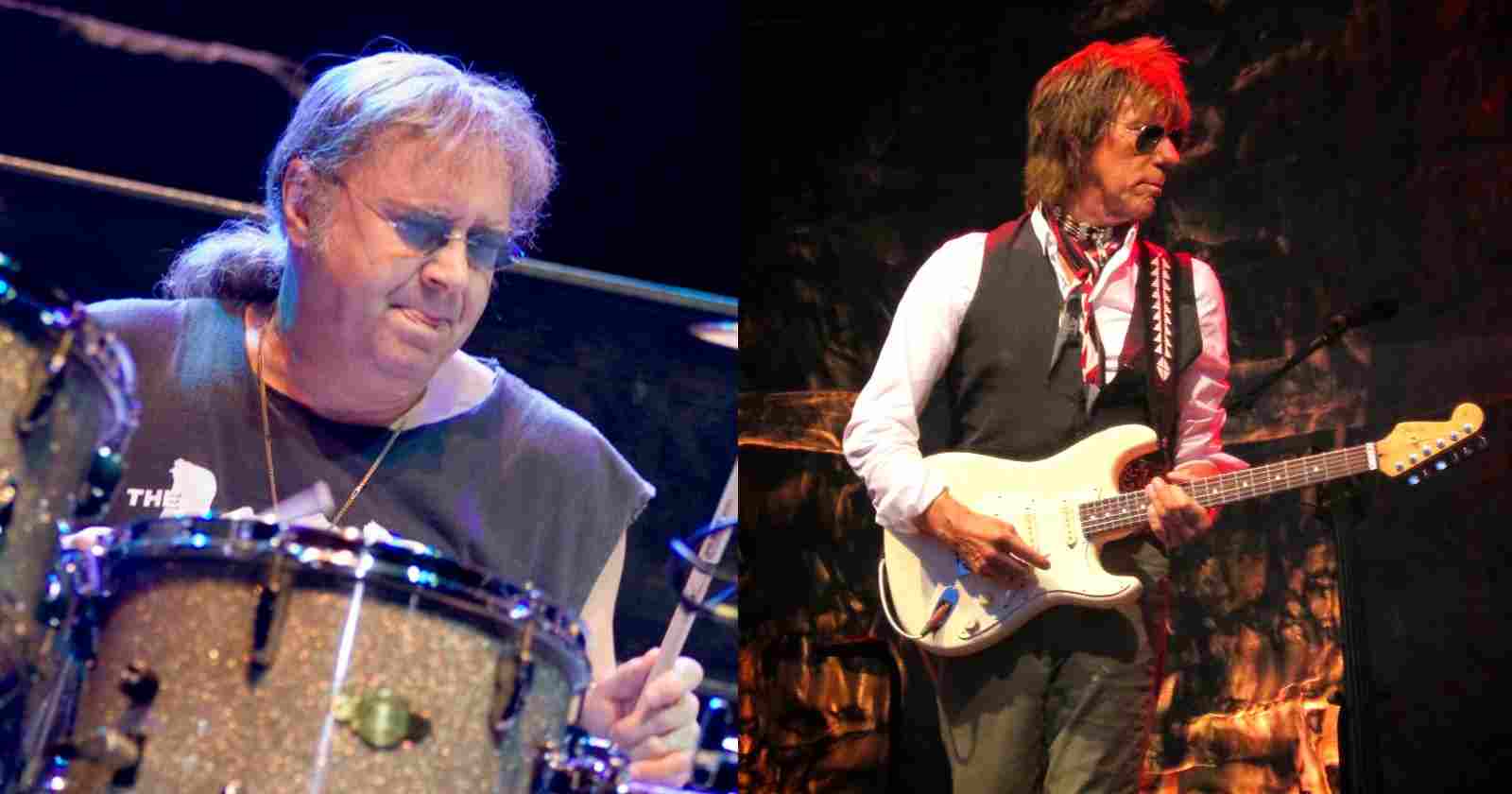 “I’ve chosen as my rock god the amazing Jeff Beck. When I was starting to play drums, I was 15, one of my favorite, favorite bands were The Yardbirds. I loved the energy, the fire, and every now and again, this madly amazing guitar solo would pop out.”

“And although I wasn’t at the age where I really cared who was playing – I just didn’t, I enjoyed it. I didn’t try to find out who it was until a little later. I remember when I was in Purple and very, very early, Ritchie Blackmore said, ‘Oh, the best one’s Jeff. Jeff’s the best. Jeff’s better than all of them put together.'”

“He said that then, and he probably still believes it now, as I do; I think Jeff is a force of nature. Now I’ve met him probably a dozen times in my life, but I’ve never really met him. I always wanted to tell him how great I thought he was. But every time I’ve been in that situation, there were other people who do know him, people who work for him, people who worked with him.”

“So I’ve always been on the periphery, and by the time I got to go, ‘Oh, hello’ – we would have left each other. The thing I love about Jeff – it’s always interesting. That imagination, that difference, that sound, the way he instructs things – and it’s effortless, it just seems to flow, and it’s always different. That’s why he’s my guy.”