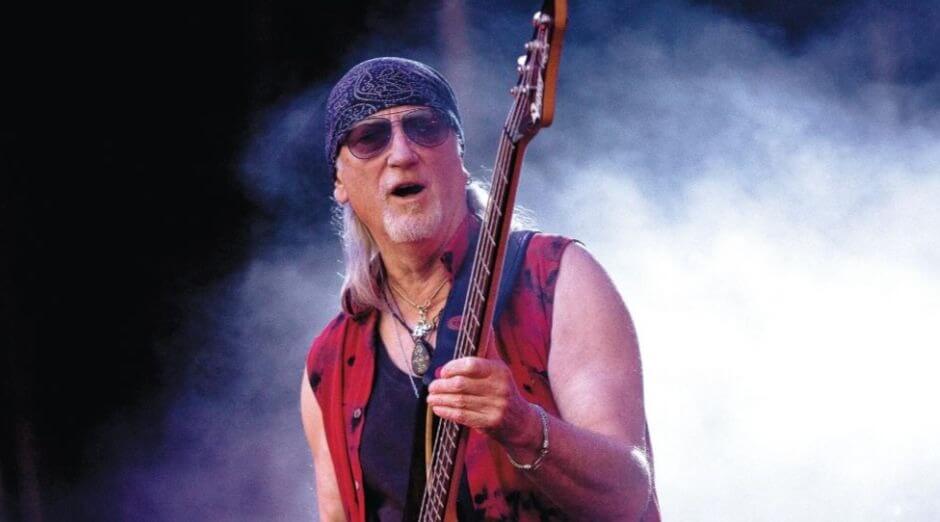 Deep Purple bassist Roger Glover recalled how he joined Deep Purple and met band members. The musician talked about how lucky he is in an interview with Classic Rock magazine.

That’s the album title right there, isn’t it? Whoosh! – everything gone in the blink of an eye.

“Time has a way of not stopping, even when you’re stopping. I still find it really hard to believe how old I am. I feel the same as I did when I was twenty. It’s hard to get used to. Of course, the closer you get to the end of your life, you realise what a life you’ve had. Did you waste it? Are you happy with it?”

And are you happy with it?

“Yes. I’ve been incredibly lucky for a semi-talented dreamer.”

There has to be more to it than just luck.

“Yeah, but luck is the thing that starts it.”

What was the flash-point for you, luck-wise?

“Joining a band [Episode Six] at school. Then finding Ian Gillan in 1965 because our singer had left. That was luck, though we didn’t recognise it as luck at the time. Falling into Deep Purple, that was luck. To join a band that was going to have the history we’ve had, that’s unbelievable. It’s like winning the jackpot every day.”

Were you intimidated the first time you met Ian Paice, Jon Lord and Ritchie Blackmore?

“Totally intimidated. Paicey and Jon and Ritchie were masters of their instruments. We were amateurs by comparison. I went into the studio to play on a session for the song Hallelujah, and we were in different worlds. Paicey was the one who gave the nod to the others that I was an okay bass player. That night, Jon Lord came up to me and said: “We’ve had a little chat and we’d like you to join our band.” I said no.”

“Yes. Because we’d been through so much together in Episode Six. I was staying at Ian Gillan’s apartment that night with him and his mother. I didn’t get a wink of sleep. It was a difficult decision to lose my friends, but I realised I’d never have an opportunity to work with musicians like this again.”

Did you ever thank Ian Paice for giving you the nod?

“No, I haven’t. I only found out about it a couple of years ago. I should. He’s probably forgotten.”