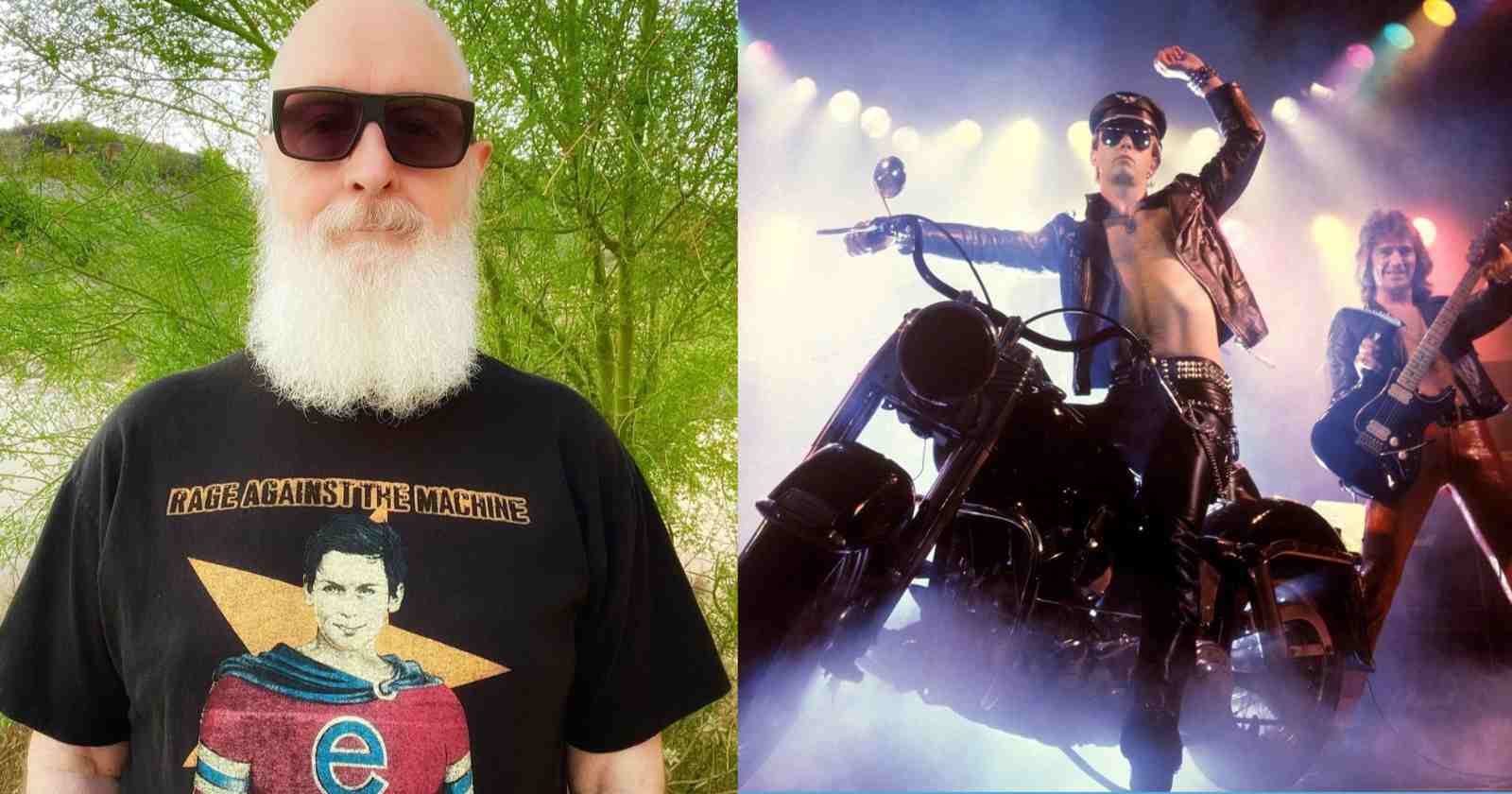 Back in 2004 Rolling Stone magazine listed the 500 Greatest Songs of All Time and now, 17 years later the publication remaked the list and invited many artists to vote, one of them was Judas Priest vocalist Rob Halford that revealed in an interview with the magazine (Transcribed by Rock and Roll Garage) his 10 favorite songs of all time.

The 10 songs that Rob Halford listed as his favorites:

“This is a great guy that is often referenced as a chameleon, which is what David Bowie was, the last thing that he ever did just brought me to tears, man. For him, to pass like he did in such a nobel and expressive way, that great last picture of him in New York city with the snow falling and he is just giving everybody a salute, it gives me shivers just to think about it.”

“He was just a beautiful, beautiful source of this flow of nobody can be like David Bowie. From ‘Aladdin Sane” to “The Thin White Duke” to “Ziggy Stardust”, I saw Ziggy Stardust in the UK in Wolverhampton in a venue and I’m so thrilled that I have that memory, just watching he walk on stage and doing all that Ziggy album. Of all of the people that we talked on this list, Bowie as a musician and all of his musicianship, there is no one like him,” Rob Halford said.

9 – Rage Against the Machine “Bulls on Parade”

“I like bands that make statements in music, you take a band like Rage Against The Machine who have consistently supported their music by doing great things outside of their music, especially Tom Morello and this style of Heavy Metal, is it Heavy Metal? I think it’s Heavy Metal, with this unusual format of presentation by Zack (De la Rocha) is very special. There is nobody like Rage Against The Machine,” Rob Halford said.

“Hello Europe, I love my Scorpions! Man, of all the great bands that have come out of Europe these guys from Germany that have been around for so many years, probably longer than Priest, is it longer that 50 years, I dont know. But it’s longevity based on in incredible talent and incredible music, the variety of records they made, right from the early days like “In Trance” all the way to what they are doing in recent times, the consistence of this band it’s just very, very special for me and another great singer, another great friend of mine Klaus, wrapped with all the wonderful musicianship with Scorpions,” Rob Halford said.

“I’ve lived longe enought to experience many incredible things happening in Metal. When I first got an ear for this great band in Texas called Pantera I was just running towards it saying ‘give me some more, what are these guys doing, I never heard that, who is this guy on guitar, who is the singer, the drummer, the bass player’. You know, all the chemestry combined that made Pantera such a special band was a real light source and another one of these game changers. Everybody was checking this band out, nobody heard anything like it before,” Rob Halford said.

“Another extraordinary man that done so many great things for us in Rock, Hard Rock and Metal along with his crazy personality. Ozzy’s voice is overlooked, you know, it’s an amazing voice. As a fellow singer when we hear Ozzy on the radio we go “Oh, that’s Ozzy Osbourne!”, the voice speaks louder than the character to some extend. So whe after he went solo we were all waiting to see what would happend and when he blasted out “Bark At The Moon”, which is a great title, that was the one that really draw us closer to everything that represents the great Ozzy Osbourne,” Rob Halford said.

“There were so many legends in Rock and Metal, and one of the guys who is at the top of the mountain is Lemmy. Much like Ronnie (James Dio). So many of our beautiful friend who departed, but as I said so many times, music lives forever and in this case the personality with the music goes hand in hand. Lemmy was an extraordinary man with so much to say in his music and when he would talk in his interviews. He was just a mesmerizing person to listen to, speak, the way his brain worked so uniquely,” Rob Halford said.

“Metallica, yes! Old-Tallica? New-Tallica? I’m old school, man! I’ve bet you guys are the same about Priest, it’s crazy, isn’t? It’s usually three or two albums that you make it in any given band that are the reference points to who you are or what you are about. So, for me those first Metallica, the extraordinary way that they interpreted their style of Metal and branded with such a unique force just generates as much now did then,” Rob Halford said.

“Singers love other singer and one of my all time heroes is Ronnie James Dio. Of course to not have him among this list would be sacrilege. Ronnie still is something of a mentor to me. His extraordinary voice with his unique presence, he still is such a motivator, whenever I go on stage I always blast Ronnie, it’s like a ritual for me,” Rob Halford said.

“Always been a Slayer fan, loved this kind of extreme metal music with a band like Slayer and “Angel of Death”… They were a bunch of guys out of the Bay Area that spreaded this new kind of gospel of Metal in this extreme form. You know, the sheer-terror of Slayer (laughs), which hit us all like a ton of Heavy Metal bricks, really did the same to me and out of all the great Slayer songs that I personally like to smash my head to is “Angel of Death,” Rob Halford said.

“Paranoid is my number 1 song, I tell you guys, all these 10 are my number ones, but we have to do lists, so at the top of the list is ‘Paranoid’ by c. For me, it was one of these game changing moments we have in music. It bought a style of music that lit up the world, it’s what we called a game changer and the great effect that it had in so many of us, particularly in me as a young musician at the time, ‘Paranoid’ just took off like a Heavy Metal rocket,” Rob Halford said.