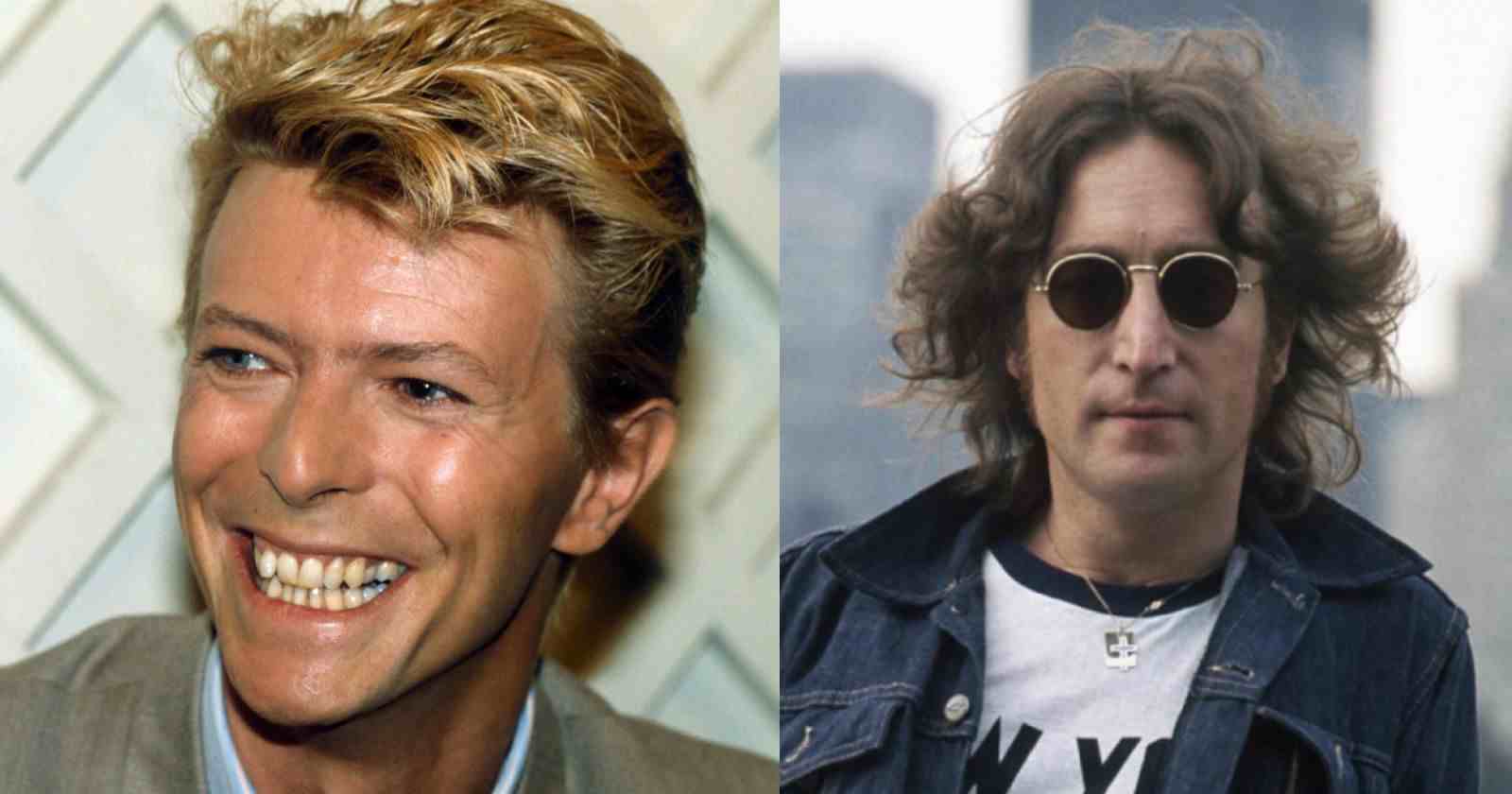 David Bowie is one of the most influential artists of all time that admired John Lennon, another legendary musician that made history with The Beatles and in his solo career. In an interview back in 1995 with MTV, Bowie recalled how he met John and gave his opinion on the musician and The Beatles.

What was David Bowie’s opinion on John Lennon:

“It’s really hard to remember when I actually met John, it must have been sort somewhere in middle 1974, my guess. We kind started knocking around with each other, and he had his eye, I thought at the time gave which I thought one of the better Lennon quotes I’ve said a number of times. But when I asked him when what thought (about) what I was doing, ‘Glam Rock’, he said ‘Yes, great sir. But it’s just Rock and Roll with lipstick on’.”

“And I was impressed as I was virtually everything he said. He was probably one of the brightest, quickest, witted, earnestly socialist men I’ve ever met in my life. Socialist in true definition, not in a fabricated political sense. But a real humanist and a really spiteful sense of humor, which of course being English I adored. I just thought we’d be buddies forever and get on better and better and all that. So I know the Beatle that I always liked (laughs), everybody had their favorite Beatle.”

“I never really realized that, well I always knew that, but I wouldn’t have declared it in the early 70’s because that would have been the most uncool to actually say that you actually like The Beatles in any way, shape or form. But they’ve made such a great impact. They gave the British the illusion that they meant something again. We love hearing that, oh boy.”

In an interview back 2004 with reporter Kerry O’Brien (ABC Australia), Bowie gave his opinion on Lennon and talked about his career.

When asked about John Lennon working with him on the song “Fame”, David Bowie replied: “It came out of a conversation that we had. I’ve said ‘You know, I hate this manager that I’ve got, what can I do about it. How do I get a new manager?’ And that’s a stop right there, there is no management, you don’t need management. I mean, he was the first artist I’d ever met, who told me that I didn’t need management, that it was not necessary. Bless him, forever after that I did get rid of that manager and I virtually managed myself. My entire life had business advisors and all that. But the idea of management has never crossed my path again since 77”.

When asked about working with Lennon, Bowie said: “Hell, I mean, he was one of the major major influences on my musical life. I just thought he was the very best of what could be done with Rock and Roll. I felt such kin to him as much as he would rifle the avant-garde and look for ideas that were so on the outside on the periphery of what was the mainstream and then make them apply in a functional manner to something that was considered populist and make it work.”

“He would make the most odd idea and make it work for the masses I thought that was just so admirable. I mean, that was like making art work for the people and not sort of having it as an elitist, you know. The thing there was just so much about in that I admire, he was tremendous”, David Bowie said.