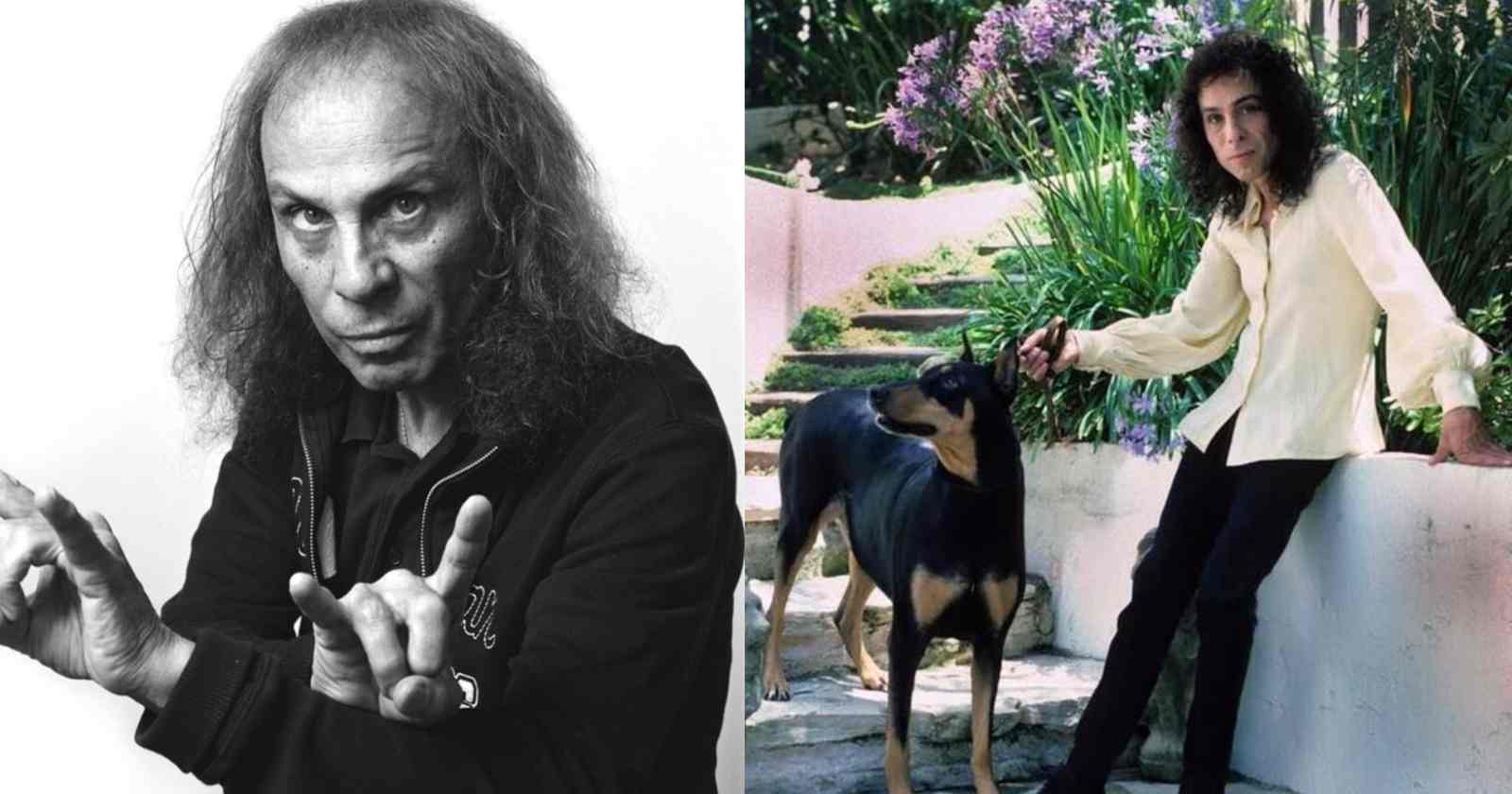 Ronnie James Dio is considered one of the best singers of all time that unfortunately left us too soon at the of 67 back in 2009. In an interview with Let It Rock in 2005 the singer talked about the two bands that were his biggest inspirations and new bands (at the time) that he liked.

When Ronnie James Dio talked about the bands that inspired him the most:

“Those who influenced me were Deep Purple and Led Zeppelin. Mainly English bands of that era. But especially Purple and Zeppelin. That’s what made me want to do this more and more, and more. Because the first band I was in back then, ELF, were much more a kind of honky tonk rock ‘n’ roll band.”

“But I always wanted to be able to play heavier music. I loved their musicianship – I thought they were the best musicians on Earth! – those were the people I really cared about when I was into this kind of music.”

When Dio still was Elf singer, the band covered many famous songs from other Rock and Roll bands live or as demos as pointed by Dangerous Mind. One of these songs were Led Zeppelin’s “Black Dog”

After the passing of Ronnie James Dio at the age of 67 in May 16, 2010 after losing his battle against stomach cancer, Deep Purple vocalist Ian Gillan talked about Ronnie in a official statement, saying: “My dear friend Ronnie, Departed but not gone. Resting peacefully (for a while) but never forgotten. I’ve had a sackful of mail since your passing; a sharing of grief and sorrow. We all remember your huge voice, of course. My ears are still ringing: Your wicked humour and sense of decency. The utter professionalism and personality that inspired so much respect from your friends in music.”

“The list goes on but the quality that stands out above all others is your enduring generosity. The one thing that we all treasure, the gift you gave us was your kindness. We all agree you were the kindest man we ever knew. Catch up later, mate.”

In the same interview with Let It Rock back in 2005, Dio was asked if there were any current bands he liked and he said that Evanescence and Darkness were two groups he liked:

“Last couple I can remember that were like that for me were The Darkness – the song that was played on MTV all the time, that was interesting, and I kind of hummed along. But the one I liked the best was by the band called Evanescence: I listened to their album and I like what they do. That’s the only things that I was singing along with lately. (Laughs.)”

The 10 songs that Metallica members like to play live the most
Mr. Big’s Eric Martin recalls failed audition to Van Halen back in 1985
Advertisement
To Top