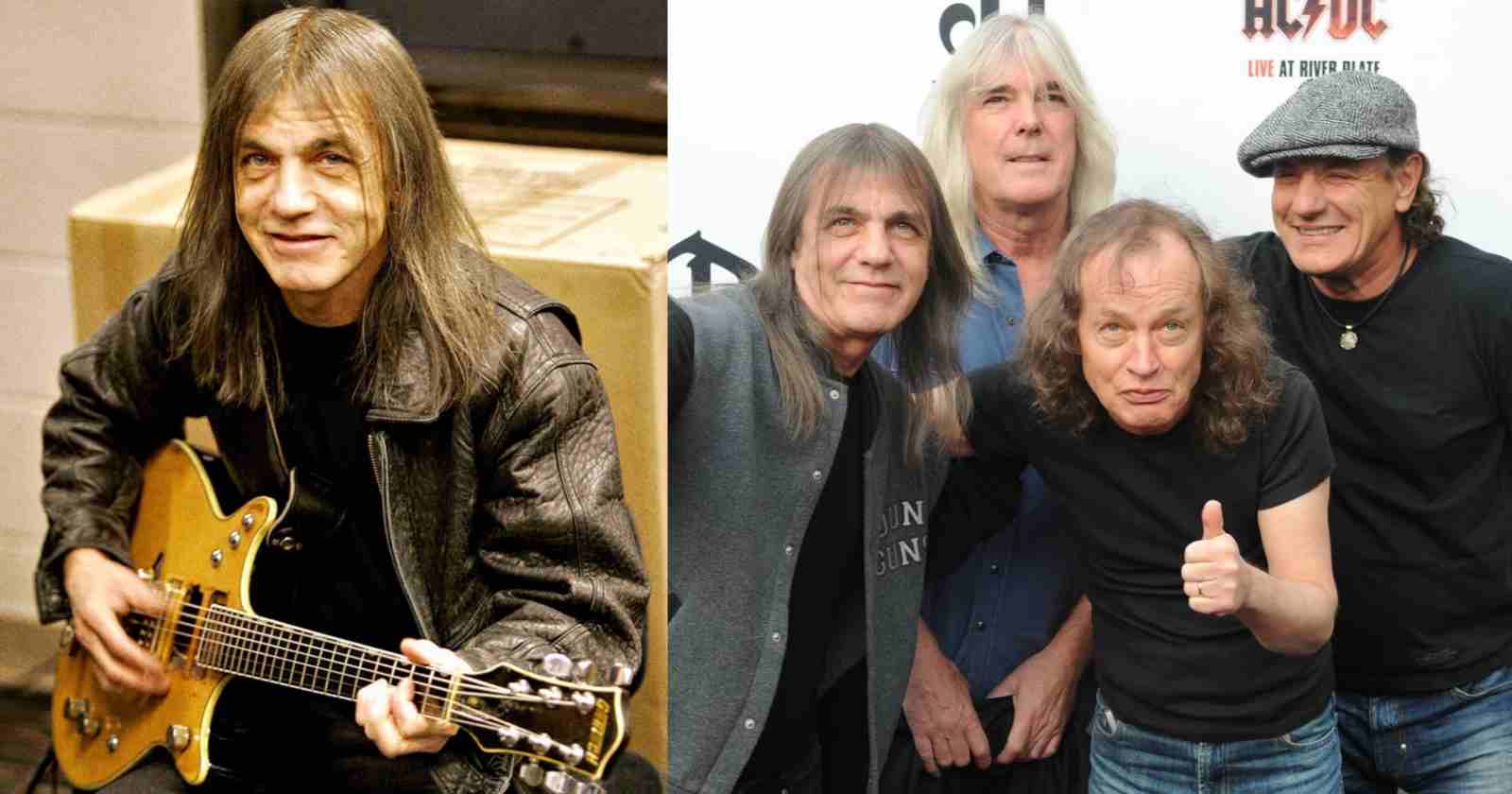 The late legendary AC/DC guitarist Malcolm Young was often praised by his brother and bandmate Angus, who said that the Hard Rock band wouldn’t be same without Malcolm, because he was the main responsible for the sound of the group. The rhythm guitarist, who died at the age of 64 back in 2017 from the effects of dementia, was one of the most influential guitar players of the genre and inspired millions of musicians over the decades.

In an interivew with Steve Newton back in 1982, he listed 4 bands that inspired him the most. Rock and Roll Garage selected what Malcolm said about some of those bands during his career and the story behind them.

Formed in London back in 1963, The Yardbirds were one of the most influential Rock and Roll bands of all time. But the band didn’t only became famous because of their songs. They also had guitarists that would become even more famous in the future, like: Eric Clapton, Jimmy Page and Jeff Beck.

In an interview with Germany’s Guitar Magazin, Angus Young recalled the importance of the experience that he and his brother Malcolm had watching The Yardbirds when they played in Australia. “We had gone, the two of us together. We had seen people like the band The Yardbirds – they had come to Australia. And at the time, the lineup had just changed. I think they originally used to have Jeff Beck. But then, later on, when we saw them, they didn’t have Jeff Beck. They had Jimmy Page on guitar.”

“So that was good, because at that time, that kind of sound, especially for guitar, it jumped out at you, the sound of it. So that was really good. But then when along came Hendrix, you kind of went, ‘Woah! This is another level on guitar.’ So I was very much a fan of that.”

One of the best-selling bands in history, The Rolling Stones like AC/DC are heavily influenced by the Blues and were an important inspiration for Malcolm and Angus.

Back in 2003, in Hockenheim, Germany, Angus Young and Malcolm Young joined The Rolling Stones on stage to perform the Blues song “Rock Me Baby”. In an interview with Classic Rock back in the same year, Malcolm talked about the similar tastes that the members of both bands have: “We’ve also got a lot in common. If we’re having a party, we won’t be sticking on an AC/DC record. It’ll be the Stones, Chuck Berry, Little Richard, that kinda bag.”

In an interview with NME back in 2020, Angus recalled that during Malcolm’s final days he used to play the guitar for him and put some Rolling Stones albums on so that he could hear. “I’d play him a bit of guitar. He was happy whenever we were doing that.”

“One of the last records I ever played him was The Rolling Stones when they were doing a lot of old blues tracks (2016’s ‘Blue And Lonesome’). He just thought it was great.”

Formed in London back in 1964, The Who is one of the most influential bands in history that have sold more than 100 million records worldwide. Their music was a big influence to the AC/DC brothers as Malcolm recalled over the years. In an interview back in 1992 with Metal CD magazine, Malcolm was asked about which bands he used to listen when he was young and he said “The Stones and The Who… and that’s about it.”

Malcolm recalled in a conversation with Murray Engleheart back in 1995 how he reacted when he first heard The Who’s hit “My Generation”: “The first time I heard ‘My Generation’ by the Who, that was something. The Beatles and the Stones were the big thing. Then all of a sudden this sounded heavier. That changed my whole thing.”

“Later on I guess ‘Jumpin’ Jack Flash’. I’ll give you two more, ‘Honky Tonk Woman’. These are all just tracks out on their own. And then ‘Get Back’ by the Beatles. That’s just pure rock & roll as it evolved, I reckon.”

The band listed by Malcolm that played Blues in its more pure form, John Mayall & The Bluesbreakers is another group that like The Yardbirds is also famous for having during their existence guitarists that would become even more famous in future projects. Some of them were Eric Clapton, Peter Green and Mick Taylor. Malcolm listened repeatedly when he was a teenager to the album with Eric Clapton released in 1966.

Besides those musicians the band also had bassist Jack Bruce (Cream),  drummer Mick Fleetwood and bassist John McVie both who would later form Fleetwood Mac.