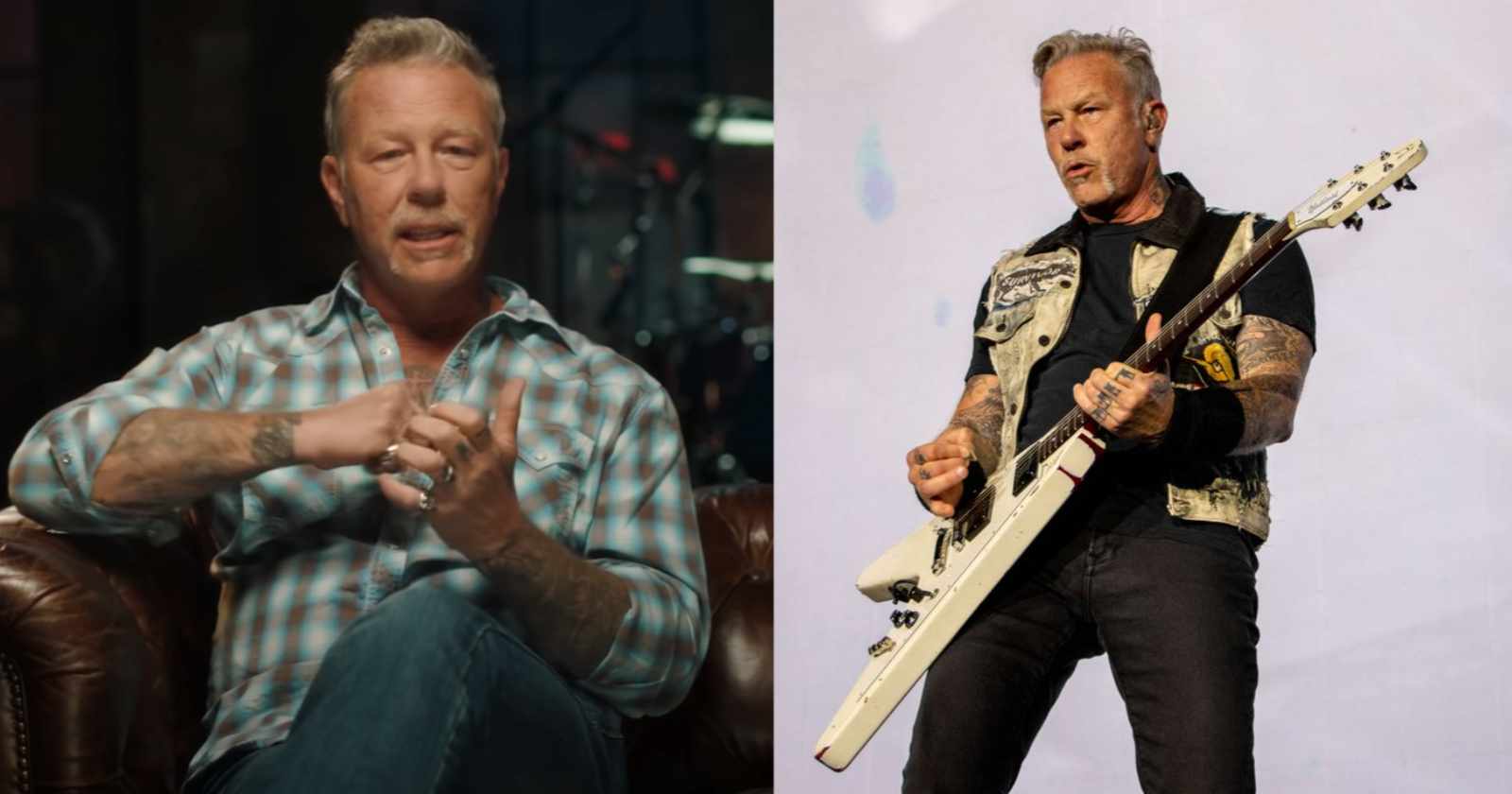 Images from Masterclass and Jeff Yager

Born in Downey, California back in 1963, James Hetfield first achieved fame as the vocalist, main lyricist and guitarist of Metallica. He co-founded the band back in 1981 at the age of 18 and helped them to not only become the most successful Thrash Metal band of all time, but one of the best-selling bands in history. The group have sold an estimated amount of more than 125 million records worldwide.

Back in 1986, at the age of 23, Hetfield talked in an interview with Steve Newton about his musical taste at the time and he cited 3 bands he was really a fan at the time. Rock and Roll Garage selected what the musician said about those groups over the decades and his connection with some of them.

Metallica and Slayer are two of the biggest Thrash Metal bands of all time and they were both founded back in 1981 in California.

They have also made the next move of their career in the same year. In 1983 both bands released their debut albums: Metallica “Kill’ Em All” (1983) and Slayer “Show No Mercy” (1983). Over the decades the members of the groups had a lot of respect and admiration for each other. That friendship was showed when back in 2011 they were part of the “Big Four” shows. Besides Slayer and Metallica, the concerts also had Megadeth and Anthrax.

Hetfield showed his love for the band many times over the years, once covering with Metallica during rehearsal Slayer “Raining Blood”. He also blasted “Angel Of Death” while driving a few years ago an posted on Metallica’s Instagram.

Curiously, the classic Slayer drummer Dave Lombardo replaced Metallica’s drummer Lars Ulrich back 2004 at Download festival. Lars had been taken ill due to an anxiety attack on the plane and was in hospital.

The Hardcore Punk band Cro-Mags was formed like Metallica back in 1981, but in New York City. The band has a strong cult-following and released six studio albums over the decades.

Besides being one of the most influential groups of the Hardcore scene, they were also one of the first to mix Hardcore with Thrash Metal.

Some of their most famous songs are “Hard Times”, “We Gotta Know”, “World Peace” and “Show You No Mercy”.

Harley Flanagan, the band’s only constant member through the years gave an interview to With Guitars back in 2020 and said that Thrash Metal bands like Metallica wouldn’t sound the same without Hardcore.

“Metallica, Slayer and all these other bands wouldn’t sound the way they sound if it wasn’t for Hardcore. It has influenced and affected music culture worldwide. That in itself, is something to be somewhat proud of,” Harley Flanagan said.

Another Hardcore Punk band that James Hetfield said he liked is the English Dogs. Formed in Grantham, England also in 1981, they released their debut album “Invansion Of The Porky Men” in 1984. Until 2014 they made 9 studio records.

Nowadays, two versions of the group exist. The Punk and Metal crossover group that has original drummer Andrew “Pinch” Pinching and the classic members Graham “Gizz” Butt and Adie Bailey. The other version of the band that is punk-based features only the original vocalist Pete “Wakey” Wakefield.

Some of their most famous songs are “Survival Of The Fittest”, “Ambassador Of Fear”, “The Chase Is On”.

Other two Harcore Punk bands that James Hetfield have already said he liked over the years are GBH and Discharge.