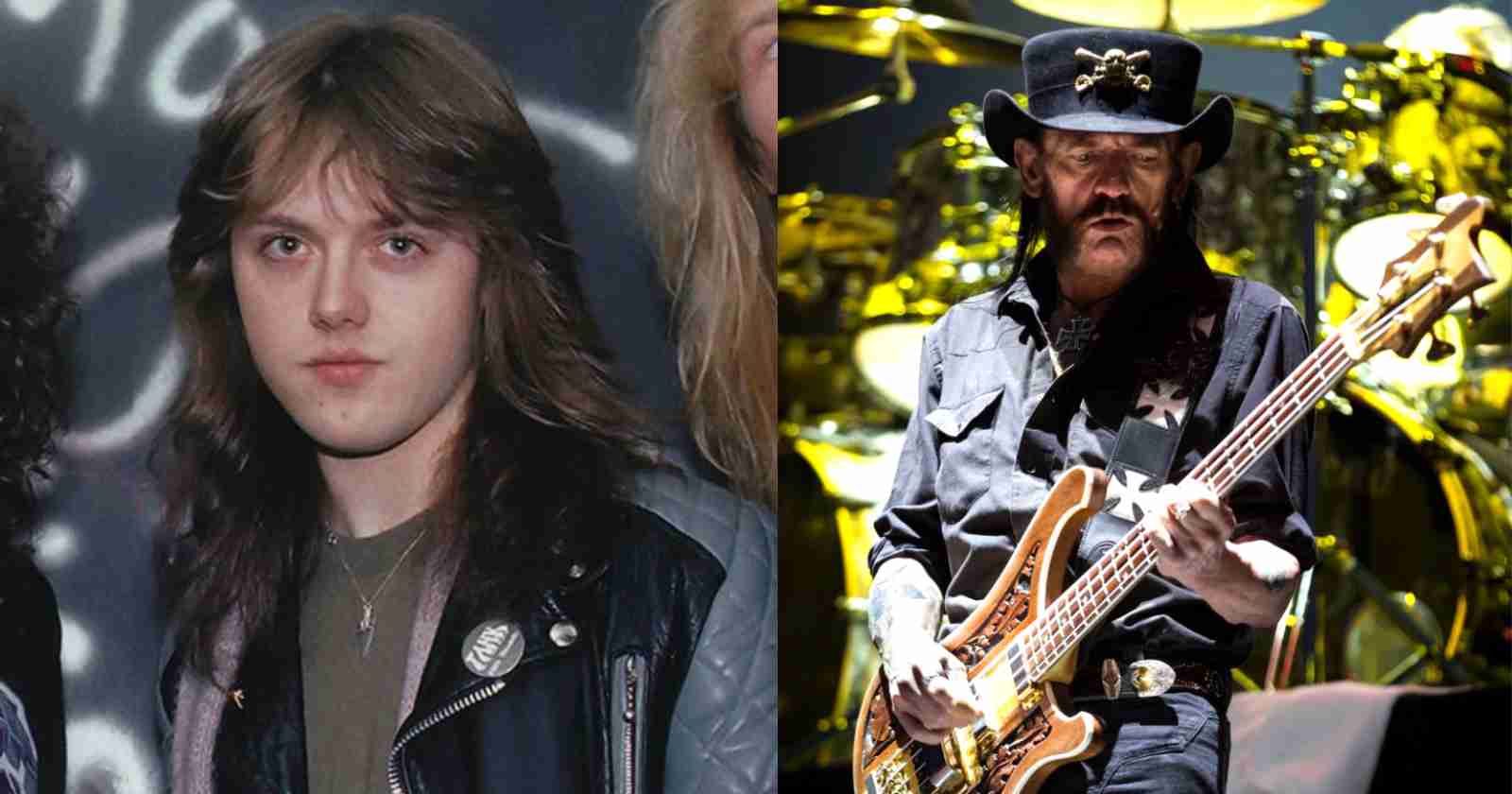 The story of how Lars Ulrich met Lemmy Kilmister when he was just a kid before Metallica:

In an interview with Dave Ling back in 2010, the late legendary Lemmy Kilmister recalled how he first met Lars Ulrich and the late Metallica bassist Cliff Burton: “There’s always been something special ever since Lars and Cliff Burton came to my hotel room before Metallica even existed. Lars introduced himself to me in his ever-modest way with the words: ‘I’m the head of your West Coast Fan Club’. We later found out there was only him and Cliff in it”.

Lars Ulrich revealed in an interview with Rolling Stone magazine back in 2015 after Lemmy’s death that the Motörhead bassist and vocalist was one of the main reasons that made him want to be in a band. He recalled that his first connection with the group was in 1979 when he first heard the album “Overkill” and he was shocked by the double bass intro of the title song.

Then he said he became pretty obsessed with the band over the years. The first time he saw them live was in 1981 when they were Ozzy Osbourne opening act. But Lars wasn’t satisfied with that one concert, he and his friend Richard Burch followed Motörhead around California, watching their concerts in San Diego, Los Angeles, San Francisco and at the Country Club in Los Angeles.

“Getting a chance to see them that often was an amazing thing, but more so, we actually got really close to them. We got a chance to meet them and hang out with them. And that’s because of Lemmy and his graciousness. He was so open and approachable, so the antithesis of a rock star. Lemmy was this guy that made all of that possible. It was the first time I really experienced that. Me and Rich were driving behind Motörhead’s tour bus, following them up and down Interstate 5 for the better part of a week”.

“They’d pull into a truck stop, and we would pull into a truck stop. Should we go up and say hi to them? Should we keep clear? It was all funny and weird. But over the course of this week, we got to know Lemmy and realize that we didn’t have to try and act super cool and hide our fanboy nerdism. He opened up the door and let us in. That was just a mindfuck because it wasn’t how the rules were at that time”.

“Even after I first met him, we stayed friends. I was the first one in the building and the last one out of the building every time Motörhead came within traveling distance over the next few years. So I would find them at their hotel and I would end up in Lemmy’s hotel room. I would hang out with them. There’s an infamous picture on the inner sleeve of the record Orgasmatron where I’m basically sitting with barf all over myself”.

“I was so excited to see Lemmy a few years later that we were drinking from the same vodka bottle. Obviously I wasn’t quite as experienced in that as the people that were in that room. So pretty soon I was wearing most of that vodka that I was drinking. I passed out in his hotel room. He took that picture and forever immortalized me on Orgasmatron, which was obviously a badge of honor [laughs]. It didn’t matter what the circumstances were. I was on the inner sleeve of one of the Motörhead records in full force”.