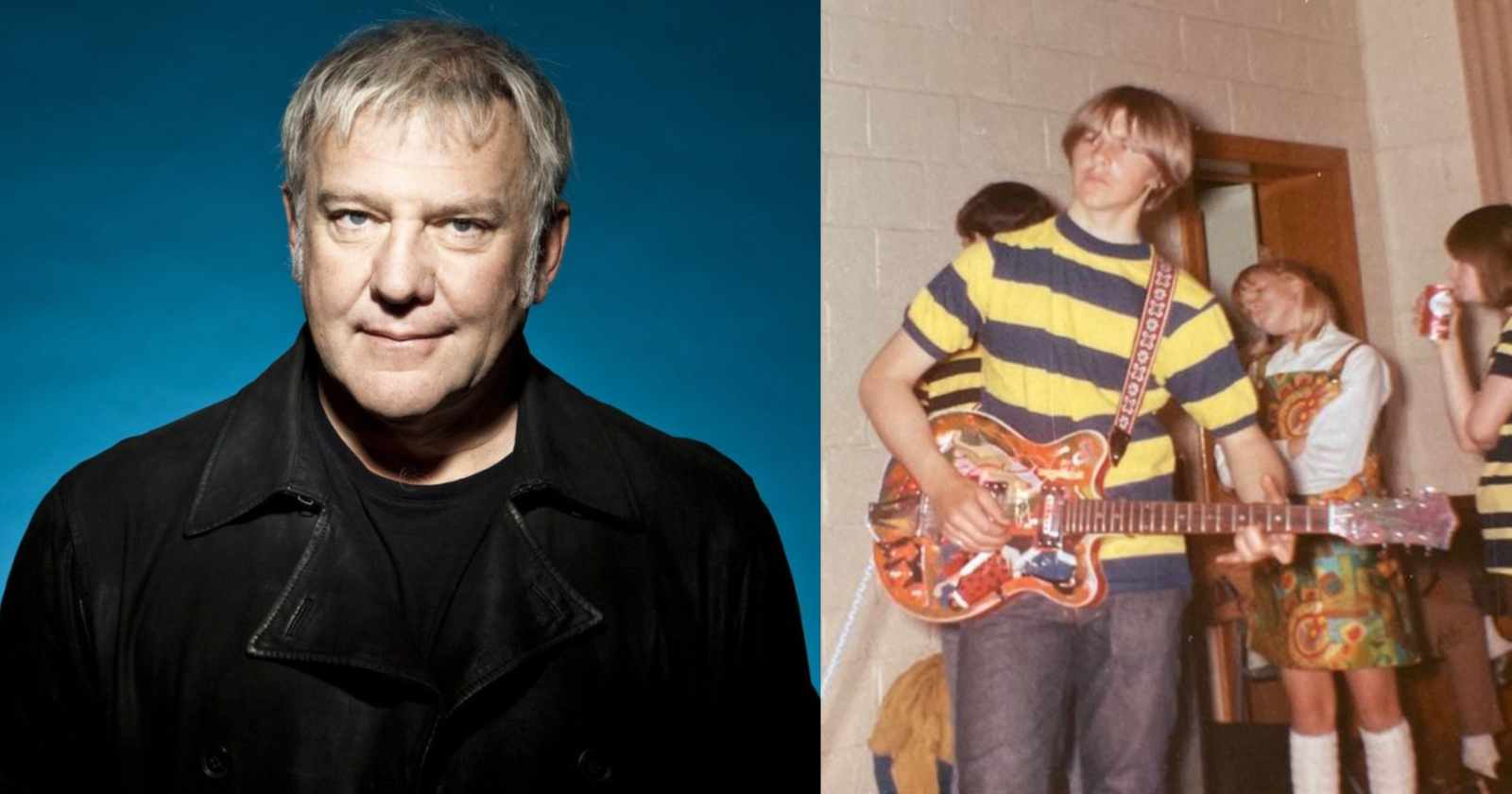 Rush guitarist Alex Lifeson inspired millions of musicians worldwide and many important bands were his inspiration when starting the Canadian power trio with Geddy Lee. In an interview with Sirius XM Classic Vinyl Influences show (Transcribed by Rock and Roll Garage) back in 2013, Lifeson listed the 10 songs that were big influences for him.

The guitarist also explained why these groups were so important to him and even told some stories of meeting some of his heroes.

“Certainly ‘Satisfaction’ by The Rolling Stones was a huge influential song. Keith Richards distorted guitar, that fuzz guitar of the main riff just blew my mind when I was a 12 year old kid and heard that for the first time. I remember running out and buying a single.”

“In fact that summer I went to Yugoslavia with my father and my sister. We were there I think for two months or six weeks, or something visiting relatives and traveling through the country. I took that (the single) with me and I played everywhere, in my relatives homes on their record players. They didn’t know what it was but I had it with me as my special friend on that trip,” Alex Lifeson said.

The Doors “Riders on the Storm”

“I was really into The Doors when they were around in the beginning. They were such a unique band. I know John Rutsey, the original drummer for Rush, he was a huge Doors fan.”

“Can’t say they were influential in our music. But certainly they were so fresh and different and there was such a great personality in Jim Morrison they just really added so much to the whole Rock scene,” Alex Lifeson said.

“Geddy was the biggest fan in the band and I quite enjoyed them. I definitely appreciated them. I don’t think I was quite the fan that he was. But Steve Howe is a brilliant guitarist and I would say that Yes was probably an influence on us.”

“Their songwriting was quite complex, was complicated on many levels, the songs were long and very dinamic. Those were all key elements of the way we wanted to start writing when Neil joined the band in 1974. We wanted to move towards something a little bit different from the Blues based music that we had been playing,” Alex Lifeson said.

“When Mountain came out, Mississipi Queen in particular, that album was just so, so, so, heavy for its time, it was really so refreshing.”

“They were so strong. I remember going and seeing them at a theater in Toronto, probably 1970, 1971, something like that, they were quite a big influence on that whole Blues Heavy-Rock movement,” Alex Lifeson said.

“You know, couple of those bands were my favorites but The Who is probably my favorite. The first time I heard ‘My Generation’ was just such a fantastic anthem and Pete Townshend‘s playing. There was so many songs like ‘Pictures of Lily’, later on ‘Tommy’ of course, ‘Won’t Get Fooled Again’, such an identifiable band.”

“Cream were a very influential band and particularly Eric Clapton. They being a three-piece and Rush being a three-piece you could see where we sort of got our start and how we like to play in the format that they were. ‘Spoonful’ I remember were one of the first songs that I actually sat down and figured out the guitar solo that Clapton played.”

“The song was about 10 minutes long, so the solo section was quite long and they jammed on everything. I remember sitting there with my little crappy 20 dollar record player with the three pennies taped to the arm and I would play that solo and figure out the first three notes and then go back and play it again and get the next three notes and again and again and again. When I finally got the whole thing down and played it from front to back I was so excited and so proud of myself,” Alex Lifeson said.

“Led Zeppelin were an enormous infleunce and Jimmy Page particularly, for me was probably the biggest influence on me as a budding guitarist. When that first record came out in early in think 1969, or was in the fall of 68 in Canada, I remember going down to the record shop and standing in line, waiting to get a copy, because it was only available on import. I immediately went over to get it and we sat down and listened to it a million times over.”

“You could go back and pick a 100 Beatles songs that were influential. They were just so influential in that period when you think about where music was and the whole scene was and how when they came on the scene it just revolutionized everything.”

“Everything that was before kind of died on that day. Much like Jimi Hendrix that ‘you will never hear Surf Music again’, with his first record things changed. There was lots of songs that The Beatles did that were hugely influential. I remember playing ‘Rain’ in the very early, early days, we did a much longer version of it. But I loved the way the chords had that ringing tone to them. There was a feel about that,” Alex Lifeson said.

“I went to see David Gilmour when he played in Toronto a few years ago. He was on his ‘On an Island’ tour, that was his last solo record. He played at Massey Hall, which is a beautiful old hall in Toronto. Our first live record was recorded there, we did three days there, and he played there, like a lovely old symphonic hall, seats about 2.600 people and for the first half of the show he played the whole new album of his and the second hal he played all Floyd‘s stuff.”

“It sounded amazing and I went down to meet him. I had never met him before and I wanted to bring him a gift of a couple bottles of wine. We chatted about music, the acoustic guitar and how important an instrument it is in the writing process for any kind of music. At that time we were working on our ‘Snakes & Arrows’ album and that whole record was written on acoustic guitar, because we wanted to change things up a little bit. We talked about how his approach was very much the same way. A lot of the records and a lot of the music that he wrote in the past, he wrote acoustically first, before he translated it to the electric guitar. So it was really, really fascinating,” Alex Lifeson said.