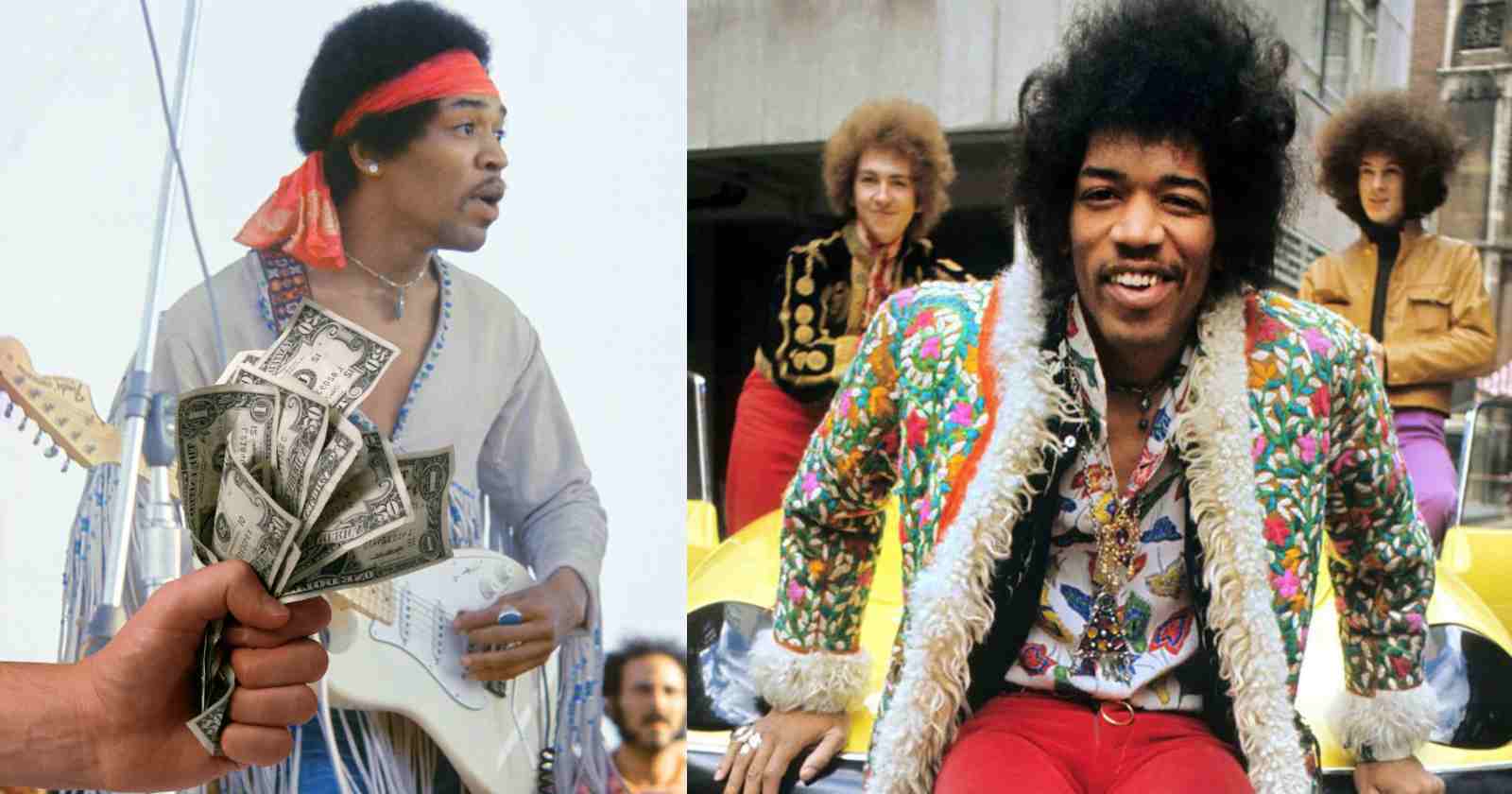 From August 15 to 18 back in 1969, the Woodstock Festival happened with many legendary bands playing. Jimi Hendrix was one of those artists who at the show also had in his group bassist Billy Cox, drummer Mitch Mitchell, percussionist Juma Sultan, Gerarde “Jerry” Valez playing the congas and guitarist Larry Lee.

How much money Jimi Hendrix earned playing in Woodstock:

According to money.com the group only received $ 18.000 dollars at the time, amount that transformed with 2021 inflation rate would be equivalent to $ 132,206.27 dollars.

At the time Hendrix had already released the three famous albums “Are You Experienced” (1967), “Axis: Bold as Love” (1967) and “Electric Ladyland” (1968). His setlist had many of the famous songs from those records and his rendition of the United States national anthem “Star-Spangled Banner”.

The band was scheduled as the last performance of the festival at the Sunday night. But due to several delays, they eventually played only on Monday morning at 9:00AM, when most of the audience had already left. In that sunday, before Hendrix many famous bands like Crosby, Stills & Nash (and Young), Blood, Sweat & Tears, Sly & The Family Stone, Johnny Winter, The Band, Ten Years After, Janis Joplin, Joe Cocker, Jefferson Airplane and The Who were on the bill.

What Hendrix said about his Woodstock Festival concert

In an interview with Dick Cavett back September 9th 1969, only a few weeks after he performed at the festival, Hendrix recalled his presentation talking about his version of the USA national anthem, saying: “It’s not unorthodox! (Word used by Cavett when talking about Hendrix’s version), I thought it was beautiful.”

The host than comments that it was nice that the festival that gathered so many fans didn’t had any major violence issues and Hendrix replied: “I was glad, I was glad. That is what it’s all about, you know. You try to keep violence down, keep them off the streets and like a festival with 500.000 people was a very beautiful turnout, I wish we have more of them, you know, it would be nice.”

In an interview with the Herald Tribune back in 2019, Gerarde “Jerry” Valez  who played the congas in Hendrix’s band in Woodstock, recalled the show talking about the crowd at the moment that had about 30.000 to 50.000 people only, since because the delays most part of the fans had gone away.

“You could see a whole universe above them filled with sleeping bags and trash and bras and bathing suits, food strewn everywhere, prophylactics everywhere. I said, ‘Jimi, we’re the counterculture, man, let’s build our own flag, let’s do our own thing. He was like, ‘Nah, I’m going to do The Star-Spangled Banner.’ Obviously, he was right and I was wrong. That’s the most iconic moment of Woodstock — everybody thinks of Hendrix and ‘The Star-Spangled Banner.’”