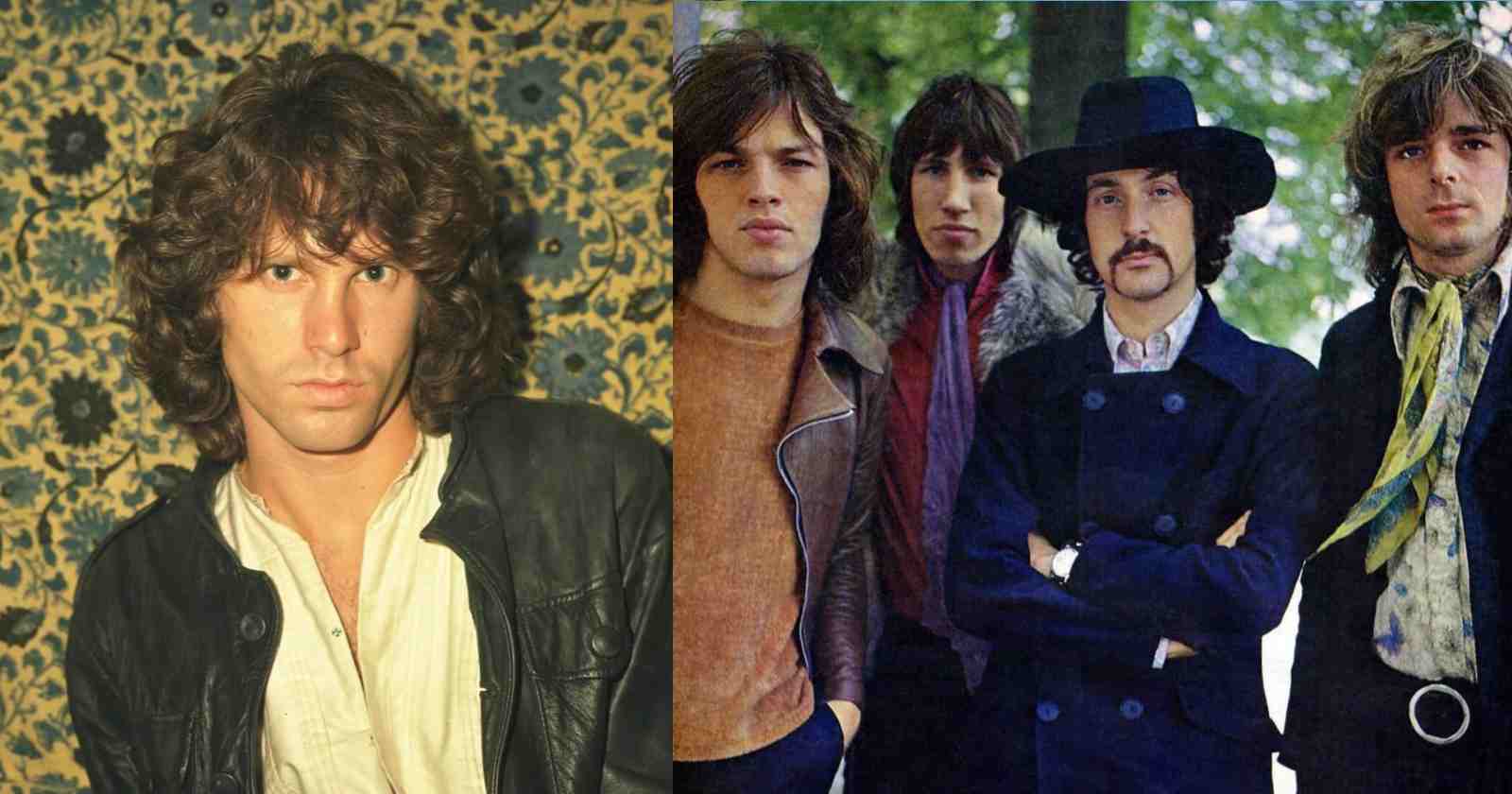 Although Jim passed away before the release of Pink Floyd’s most famous albums, he had already noticed the British band and gave his opinion on them in an interview with Bob Chorush back in 1970 (Transcribed by Rock and Roll Garage).

What was Jim Morrison’s opinion on Pink Floyd

“I kind of came along when Rock and Roll was a big thing, like I guess a lot of people knocked me out and then I discovered Blues in college, I like that. These days I like Jazz but there is just so much music, it’s like swimming in a sea of marshmallows or something, you can’t follow. The only thing I’ve heard (nowadays) is the things in “Zabriskie Point” (Michelangelo Antonioni movie – 1970), in the beginning and the end, they knocked me out.”

“I heard them (Pink Floyd) in Hyde Park, I happen to be in London when they did a free concert in Hyde Park. I could listen to them a lot, in fact when I heard them and I heard Miles (Davis), I think is good, this new sound he has now. When I heard those two things I said to myself “Well, say I’m a musician, all I knew was there was something there and I figured if we couldn’t go in that direction and get complex like that then best for us to do what we can really do best which is Blues’.”

“I guess Pink Floyd has been together quite a while doing that kind of music. Of course Miles, music has been his whole life, I guess you can’t get into that thing overnight. I have a friend, a girl, that is married to a friend of mine and she only sings for friends and I think that she ever performed publicly or on record she would be one of the great  singers, I won’t say anymore about it. There (is nothing) like a good female singer, there are not many, I mean, the ones that I like personally.”

“I actually don’t know a thing about Jazz, but for me what it means is a kind of music that is based on improvising, in which you start out a set and you have an idea of the steps that it might go through but it could turn into something different. To me there is a show where they know exactly what they’re gonna do, every step and they come out and do a lot of songs and then there’s another type of music where you can feel the musicians reaching and that’s the kind that I appreciate,” Jim Morrison said.

The Doors never had a relationship with Pink Floyd

The Doors has been promoting a series of Question & Answers specials in their social networks with surviving members Robby Krieger and John Densmore where they answer fans questions.

In a recent video from October 2021, guitarist Robby Krieger revealed that The Doors never had a relationship with Pink Flyod: “No. I would like to have but they were in England, we were in America and we never were on the same tour together unfortunately.”

The Doors and Jim Morrison

They were among the most controversial and influential rock acts of the 1960s; mostly due to Morrison’s lyrics and voice, along with his erratic stage persona, and the group was widely regarded as an important part of the era’s counterculture.

The group was inducted into the Rock and Roll Hall of Fame back in 1993 by Eddie Vedder (Pearl Jam).