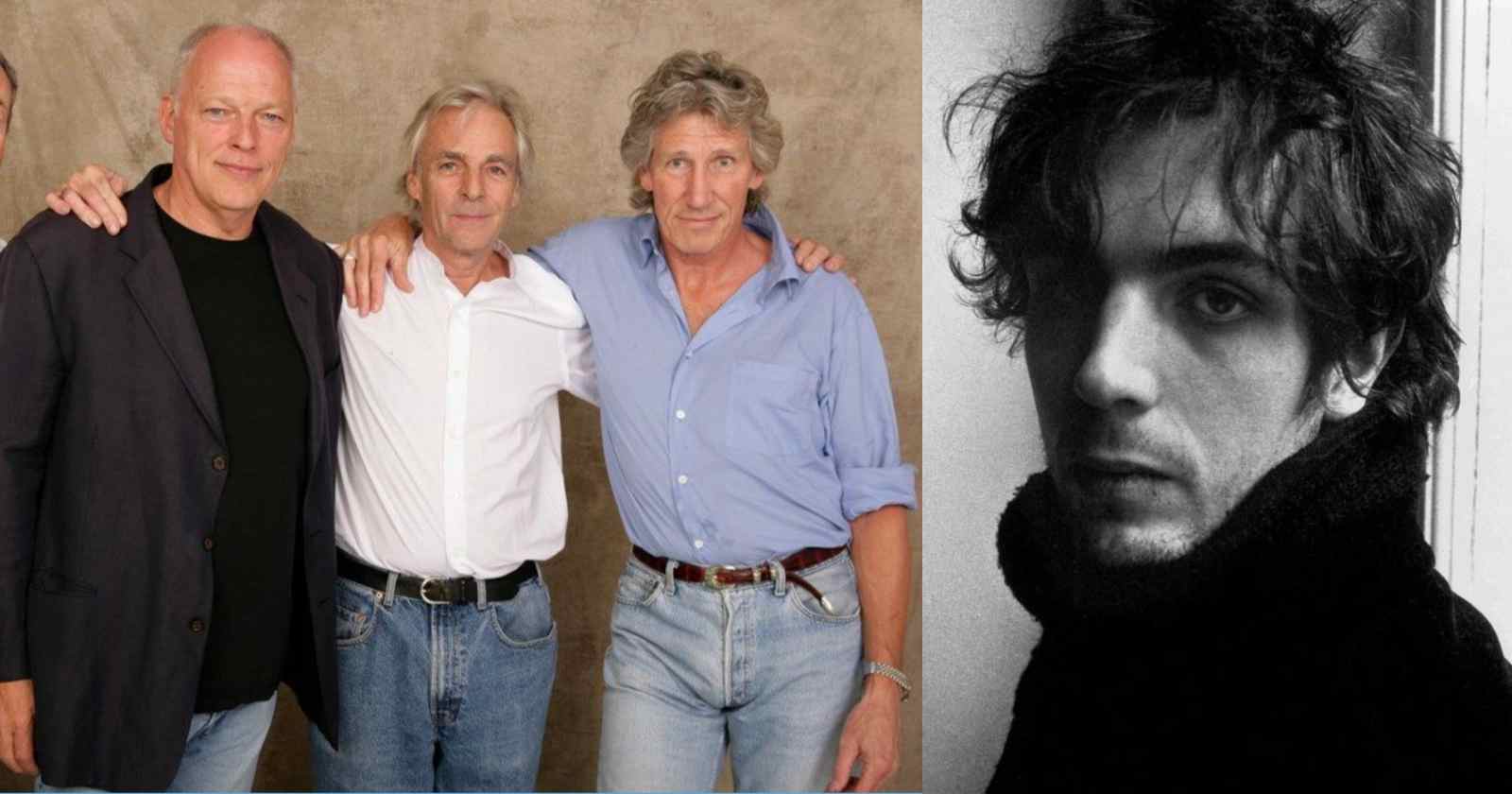 Pink Floyd were founded back in 1964 by Syd Barrett, Nick Mason, Roger Waters, Richard Wright and Bob Klose (Who quit in 1965). With Barrett’s leadership, the group released two charting singles and the successful debut album The Piper at the Gates of Dawn (1967), recruiting David Gilmour after. But in 1968 due to deteriorating mental health, the group sacked Syd Barrett in a sad way recalled by guitarist David Gilmour in an interview Mojo magazine back in 2006.

The interviewer asked David Gilmour if the legend of Syd’s departure was correct, that the group simply decided not to pick him up for a show one day and Gilmour replied: “We were driving up Ladbroke Grove and someone said ‘Shall we god and pick up Syd?’ and somebody else, probably Roger said “Naaah, let’s not.” And we didn’t and we drove off down to Southampton”.

How did you feel about that?

“Ahm. He wasn’t capable or willing to do what was needed. When you’re young and ambitious you’re also pretty callous and we just got on with it”. The interviewer than asked Gilmour if his personal take on it was that he was callous, to which he said: “Yeah. I think we all were. One’s desire for survival in that field outweighs other considerations. Obviously we were wracked with guilt about it later on. I mean, Roger and myself did work on producing a solo album for Syd (“Madcap Laughs” – 1970). Then Rick and I worked on producing the next one (Barrett -1970). So we clearly did feel that we owed him something”.

In the interview Gilmour continued saying that it was very difficult to work on Syd’s solo records, saying that he and Roger Waters volunteered to rescue The Madcap Laughs when it ran over budget and the record company EMI decide to “shelve it”. “They gave us three days at Abbey Road. We sat Syd down with a guitar and got him to sing and play. But he was falling over, knocking mikes over… we put it out as best we could.”

Gilmour admitted that they should have sought medical help for Syd

Gilmour was then asked if he thought he was able to “save” Syd and he responded that “I think we were trying to save some semblance of his career rather than saving him. Perhaps our energies would have been better used trying to  get him seen by specialists in schizophrenia. Syd didn’t need to be surrounded by the temptations of a pop group, he needed help.”

According to the guitarist, Syd Barrett was very hard to communicate with. He rarely took any notice of what was said. Also rarely said whether he felt things were going well or badly. But he recalled one occasion that Syd directly talked to him: “I drove him back to his flat in Earl’s Court Square. Took him up to the door and he did just turn to me and say (very quietly) “thank you”. That was the only moment that… anything like that had happened. So I presume he wasn’t displeased with the whole thing”.

In an interview back in 1996, Pink Floyd keyboardist Richard Wright said that Syd Barrett’s mother told the band members to don’t talk with her son over the following decades, because he would get depressed everytime he saw them. Barrett died victim of pancreatic cancer back in 2006 at the age of 60, after living in seclusion half his life.

Drummer Nick Mason said in an interview with Ultimate Classic Rock band in 2020 that they handled Syd Barrett very badly: “I think there’s a lot of mixed emotions with the whole Syd thing. Because in some ways, he was so smart in so many ways. I think there’s a bit of sadness now looking back on it – and a little bit of guilt.”

“Not really guilt, but we handled Syd very badly. We had no idea. And still don’t really know – what the real problem was. Whether it was LSD or whether it was something in his character anyway.”