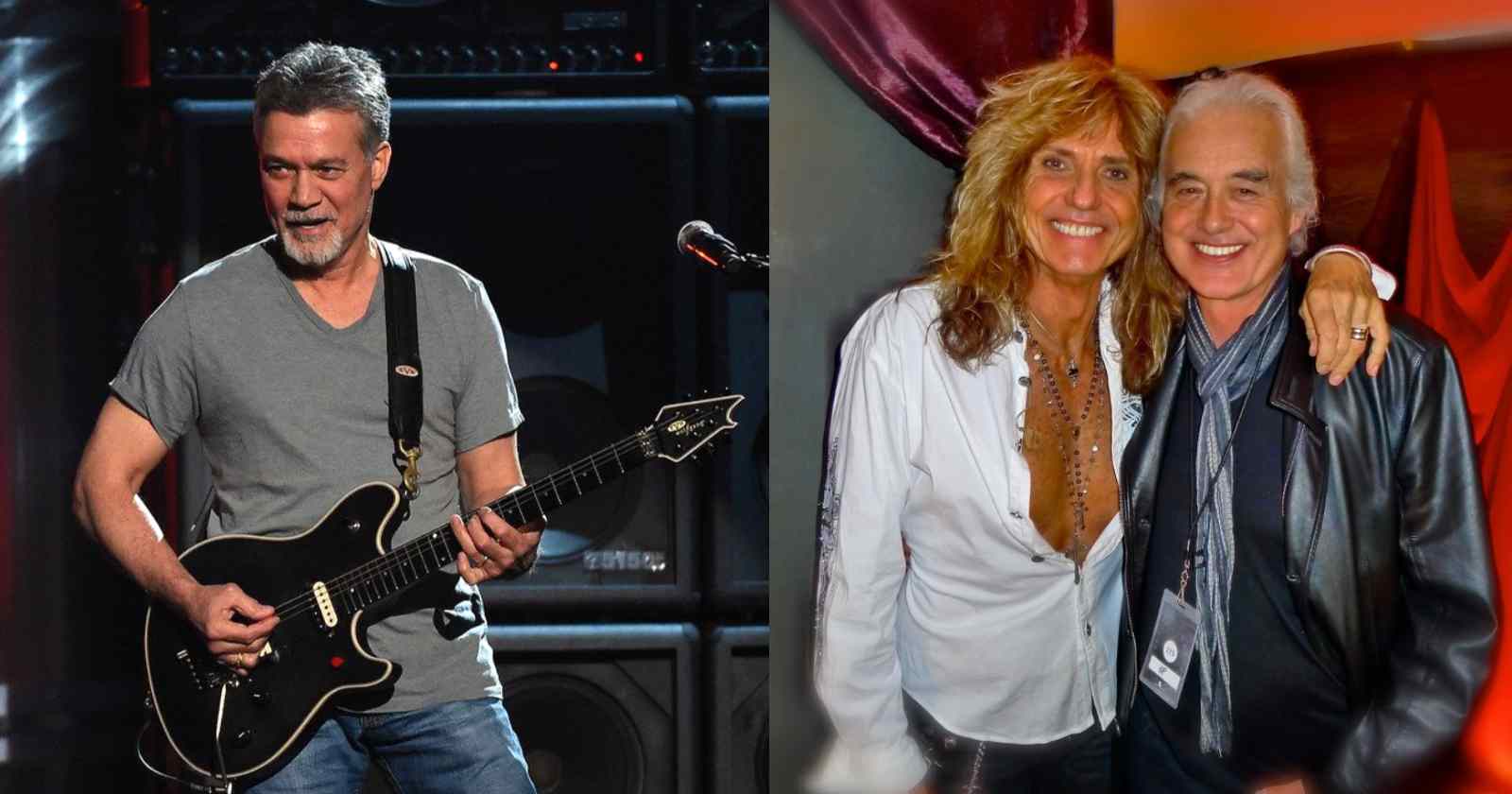 The legendary guitarist Eddie Van Halen was one of the best of all time and during his career he had the opportunity to build many friendships with other great musicians such as David Coverdale and Jimmy Page. In an interview with Eon Music back in 2020, Coverdale recalled that the last time he saw Eddie was with Led Zeppelin guitarist Jimmy Page in London.

“Edward, the last time I saw him, I was sitting in my hotel suite in London with Jimmy [Page]. It was like ten o’clock in the morning, and we were just having a very elegant gentleman’s cup of tea; tea pot and everything! [laughing] And the door to my suite goes, and Michael McIntire, my co-producer who was working with us, he gets up and opens the door, and his jaw hits the floor because he’s like a total Van Halen fan, and Eddie [casually] goes; “is David in?” [laughing hysterically].”

“And I wasn’t under my own name! And Mikey walks in and he goes; [meekly] “Oh, it’s Van Halen”, and Edward just pushes past, and I go; “Edward, how are you doing?” And he goes; “alright, great to see you… Ah! Jimmy Page! Jimmy Page!”, and, well first off, he goes to my minibar immediately at ten o’clock in the morning and takes a fucking Heineken out, and he’s at Jimmy’s feet, and he picks up my acoustic, and he’s like; “how did you play this fucking thing?!” [laughing]. You know, it’s amazing; I had Eddie Van Halen and Jimmy Page sitting there, and Eddie had a Heineken, and Jimmy and I had a cup of tea!”

Did you know that he was ill?

“I’d been aware of Edward’s illness for quite some time, and Sammy and I had talked about it, but Sammy still had the energy that he was going to have another opportunity to do the rounds as the singer with Van Halen, because all was not well with the camp, before. But I don’t think Edward could do.”

“Would you do something Purple-related with me?”, and I said; “I’ll do anything you want, Jon; just kick that fucking thing’s ass”. And I then remember Googling it and learning there’s hardly any recovery from that shit, so you know, you’re almost anticipating the demise of something.”

After Eddie’s death in 2020, Jimmy Page said on his official Instagram about the musician, saying:

“It is with great sadness that I heard the passing of Eddie Van Halen. ⁣He was the real deal: he pioneered a dazzling technique on guitar with taste and panache that I felt always placed him above his imitators. ⁣It was good to see him featured at the Met’s Play It Loud Exhibition.⁣ R. I. P. Eddie⁣”