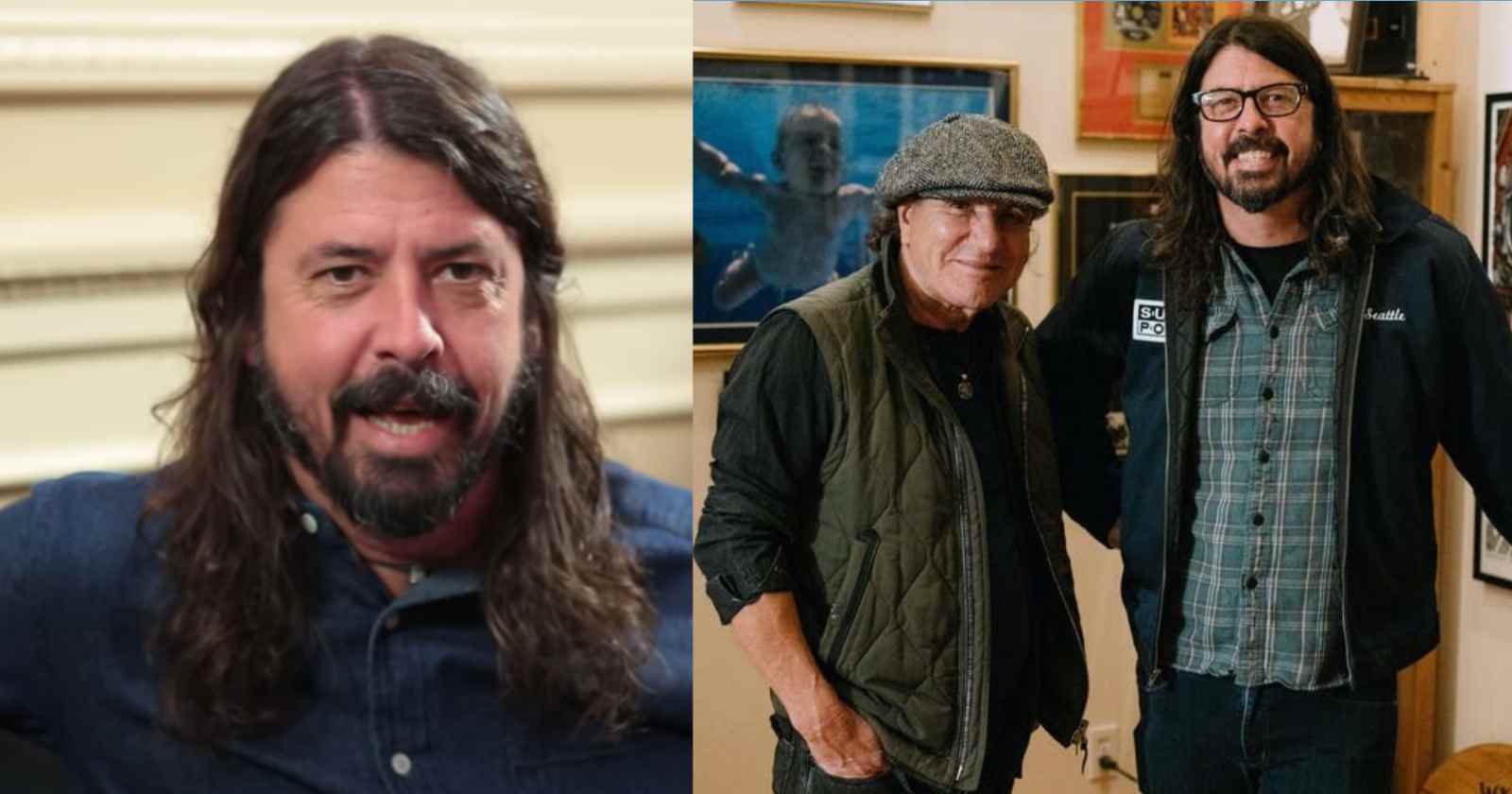 Images from GQ and Sky Arts

Every musician is influenced by other artists and Foo Fighters leader Dave Grohl had many posters on his bedroom wall when he was teenager in Washington D.C back in the 80s. During recent interviews to promote his memoir “The Storyteller: Tales of Life and Music“, he named some of the bands that he had the poster.

6 bands that Dave Grohl had the poster on his wall when he was a teenager:

When Rolling Stone said in an interview how successful Grohl was, having 16 Grammys and about to be inducted into the Rock & Roll Hall of Fame, he asked if the musician could imagine all this when he was still a teenager. Grohl replied saying: [Laughs.] “When I was young, I don’t think I knew what a Grammy was, nor did I understand the Rock & Roll Hall of Fame. It was beyond my wavelength. I just wanted to learn how to play my instrument and make records with my friends on funny little labels so that we could go play shows with our other friends. I had posters on my walls — Kiss, Sex Pistols, Rush, Zeppelin — but I never imagined that someday I would be a poster.”

In another recent interview with BBC, he also talked about the posters on his wall, naming two more bands: “As a child I had posters on my walls of Led Zeppelin, The Beatles, AC/DC and these huge stadium rock bands. To me, that was like this incredible fantasy. They seemed almost not human.”

Rock and Roll Garage selected some Dave Grohl quotes about those bands:

Back in 2015, Dave Grohl saluted Kiss at the ASCAP Pop Awards and said as reported by Billboard: “Picture this: Springfield, Virginia, 1976. A skinny young boy with shaggy brown hair on a yellow yard-sale bicycle brings home a copy of the album Destroyer, his first KISS record. Everybody remembers their first KISS record, and this is how I remember mine.”

“With nuclear anticipation, I let the needle drop on that legendary intro to “Detroit Rock City,” perhaps the greatest introduction to any rock ‘n’ roll album ever recorded. It filled my speakers and my imagination. Thirty-four minutes and 27 seconds later, KISS had filled my soul. I was now a member of the infamous KISS army.”

Back in 2007 Dave Grohl told NME that he ‘right behind’ campaign to get Sex Pistols “God Save The Queen” to Number One, since the record was banned by BBC Radio and many retailers refused to sell it at the time of its release. “Am I backing the campaign to send ’God Save The Queen’ to Number One? Absolutely man! Name one rock musician who doesn’t consider that to be one of the greatest rock’n’roll records of all time.”

The legendary Canadian band Rush was inducted into the Rock and Roll Hall of Fame back in 2013 by Dave Grohl and Taylor Hawkins (Foo Fighters drummer). During the induction, Grohl said: “No hype, no bullshit, they did it from the ground up”.

In an interview with Rolling Stone after the ceremony, Grohl explained the impact Rush had in his life when he was young: “When I got 2112 when I was eight years old; it fucking changed the direction of my life. I heard the drums. It made me want to become a drummer. At rehearsals the other day, I had never met Neil Peart before. Alex [Lifeson] and Geddy [Lee] are the nicest people in the world. I was coming to rehearsal and I was meeting Neil for the first time, and this man was as influential as any religion or any hero or any person in someone’s life. ”

In an interview with Rolling Stone recovered by Foo Archive, Dave Grohl praised Zeppelin saying that “Heavy metal would not exist without Led Zeppelin, and if it did, it would suck. Led Zeppelin were more than just a band — they were the perfect combination of the most intense elements: passion and mystery and expertise.”

Grohl had the chance to play with Led Zeppelin bassist John Paul Jones in the supergroup Them Crooked Vultures that also had guitarist and singer Josh Homme (Kyuss and Queens Of The Stone Age).

During a conversation with The Beatles drummer Ringo Starr, promoted by Rolling Stone back in 2019, Grohl talked about the band’s influence, saying: “I think that growing up and learning to play by listening to the Beatles and a lot of early rock & roll, I got really into the groove before anything.”

“As much as I loved crazy punk rock and really fast things like that, to me the most important thing always was either the feel or the swing or the simplicity of a song where it’s just meant to make everybody move.”

The Foo Fighters will be inducted into the Rock and Roll Hall of Fame in 2021 by Paul McCartney.

In a recent interview with “Anders Bøtters Tiny TV” (Transcribed by Blabbermouth), Dave Grohl shared his love for AC/DC when recalling that the first time he met them was because Paul McCartney invited them to dinner. “I wasn’t performing at the Grammys; I was presenting an award or something. I’m lucky to say that Paul McCartney is a friend, and I love him very much. As much as he’s a hero of mine, he’s also a very sweet man and a friend. And so he was in town too. And he called and said, ‘What are you doing after the Grammys?’ I said, ‘I think maybe me and Pat and Taylor are just gonna have dinner.’

And he said, ‘Do you mind if me and Nancy [Paul’s wife] come?’ I’m, like, ‘No. That’d be great.’ So then he bumps into AC/DC in a hotel or something. And then they say, ‘What are you doing after the show?’ And he says, ‘I’m gonna go have dinner with the FOO FIGHTERS.’ And Paul said, ‘Do you wanna come?’ So Paul’s wife calls my wife, and then my wife says, ‘Hey, do you mind if AC/DC comes to dinner?’ And I had never met AC/DC.”

Why Dio didn’t want Cozy Powell in Sabbath according to the drummer
Joe Bonamassa recalls when he was only 12 and B.B King saw him playing
Advertisement
To Top