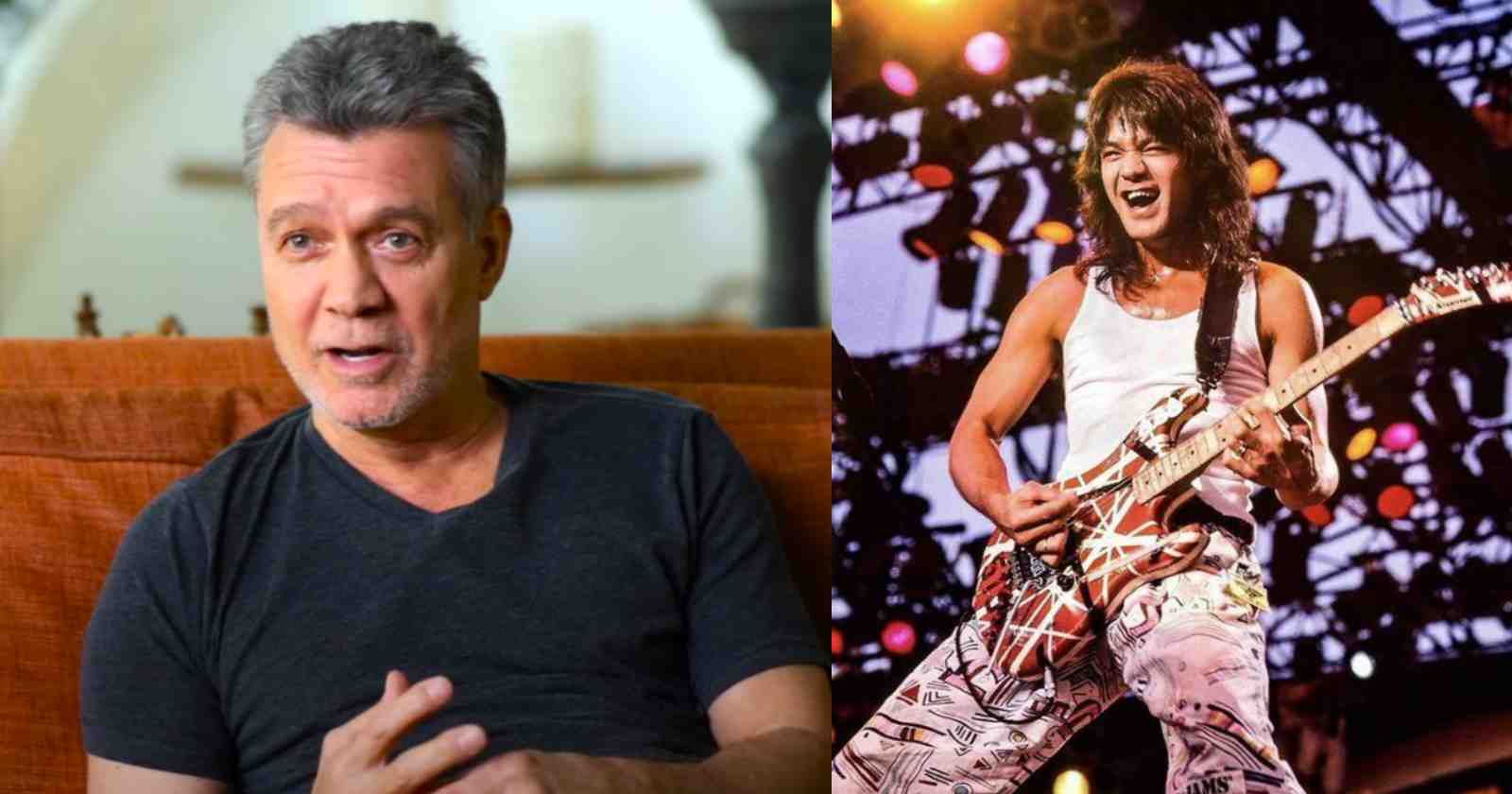 One of the most influential guitarists in the history of Rock and Roll, Eddie Van Halen helped to create some of the best-selling albums of all time like: “Van Halen II” (1979), “1984” (1984) and “5150” (1986), that became the favorite ones from millions of fans worldwide. In an interview with Guitar Tricks Insider magazine back in 2016, Van Halen listed 6 albums that were some of his favorites and were essential in his opinion. Rock and Roll Garage gathered what the late musician said over the decades about those records and the artists who made them.

One of the Jeff Beck‘s most successful albums, “Blow By Blow” was released back in 1975 and peaked at No. 4 on the American Billboard 200. In addition it was certified platinum by the RIAA. The most famous song on the record is “Cause We’ve Ended as Lovers”.

In an interview with Rolling Stone in 2011 Eddie Van Halen talked about the album and Jeff Beck’s approach to the guitar: “I didn’t get into him until ‘Blow By Blow’ (1975). Just the instrumentalness of it. And Wired (1976), interesting stuff in there. So I guess it was just the experimentation in there that I liked. Jeff Beck is definitely a standalone.”

Released in 1978, Van Halen’s debut album sold more than 10 millions copies in the United States and peaked at number 19 on the Billboard 200. Some of the most famous songs on the record are “Runnin’ with the Devil”, “Eruption”, “Ain’t Talkin’ ’bout Love” and “Jamie’s Cryin'”.

In a conversation with Guitar World in 1978 right after the release of the record, Eddie talked about his hopes for Van Halen’s debut, saying: “All we’re tryin’ to do is put some excitement back into rock’n’roll. Because it seems like a lot of people are old enough to be our daddies. They sound like it or they act like it. They seem energy-less. Also it seems like they forget what rock’n’roll is all about. We’re very energetic and we get up there and blaze on the people.”

Peter Gabriel‘s fifth studio album after he left Genesis, “So” was released in 1986 and is one of the most important records of his solo career. Besides the famous songs like “Red Rain”, “Sledgehammer” and “In Your Eyes”, it also had the duet “Don’t Give Up” featuring Kate Bush.

Eddie Van Halen’s son Wolfgang revealed in an interview with Classic Rock in 2022 that Peter Gabriel’s “So” was one of his father’s favorite albums. “This is one of my favourite albums, because it was one of my father’s favourite albums of all time. So I’ll never forget him coming up to me one night with these huge headphones and going, “Wolf, put these one.” Then he put the headphones on my head and cranked the first song Red Rain. It’s very hard to listen to now my father is gone. But that album front to back is Peter Gabriel at his finest.”

Clapton was one of Van Halen’s main influences as he told Rolling Stone in 2011, also stating that he wasn’t a big fan of his music after Cream. “Actually after Cream I dug back a little bit to the Bluesbreakers stuff. But my favorite stuff was when he was in Cream. Which was only a couple, three years. It wasn’t a very long run. But what I really liked was their live stuff, like Wheels of Fire and Goodbye. Cream and stuff like that, because then you could really hear the three guys playing in their live element.”

The final studio album of the British supergroup Cream that had guitarist Eric Clapton, bassist Jack Bruce and drummer Ginger Baker, “Goodbye” was released in 1969. Besides three tracks recorded live it also had three recorded in the studio. Some of the most famous tracks on the record are: “I’m So Glad”, “Politician” and “Badge”.

In an conversation with Guitar World in 1981, the musician revealed that he knew in the beggining of his career, every note Clapton had ever played: “Clapton was it. I knew every note he played. That’s what I was known for around home. Me, Alex and another bass player called ourselves Mammoth and we were the junior Cream.” The interviewer then pointed that Eddie Van Halen played Clapton’s solo in ‘Crossroads’ for him and said that it was one of the best live recorded songs of all time.

The third album made by Cream and one of their most successful ones, “Wheels Of Fire” was released in 1968 as a two-disc vinyl LP. One disc was recorded in the studio and the other recorded live. Some of the most famous tracks are “Toad”, “Crossroads”, “Spoonful”, “White Room” and “Born Under A Bad Sign”.

One of the most successful The Who live albums, “Live At Leeds” was recorded at the University Of Leeds Refectory in 1970 and released in the same year. But the original LP had only 6 tracks taken from the setlist of the show that had 33 songs. The album had the hits “Substitute”, “My Generation” and “Magic Bus”.

The legendary guitarist said in the interview with Rolling Stone in 2011 that The Who guitarist and main lyricist Pete Townshend was an influence. “Pete Townshend was an influence as a rhythm guitarist. So it was just the power and intensity, and again, simplicity. You know, nothing was very complicated. Like, listen to ‘My Generation’ (Sings the main riff). Even the later stuff on Who’s Next, it’s all very power-chord based.”