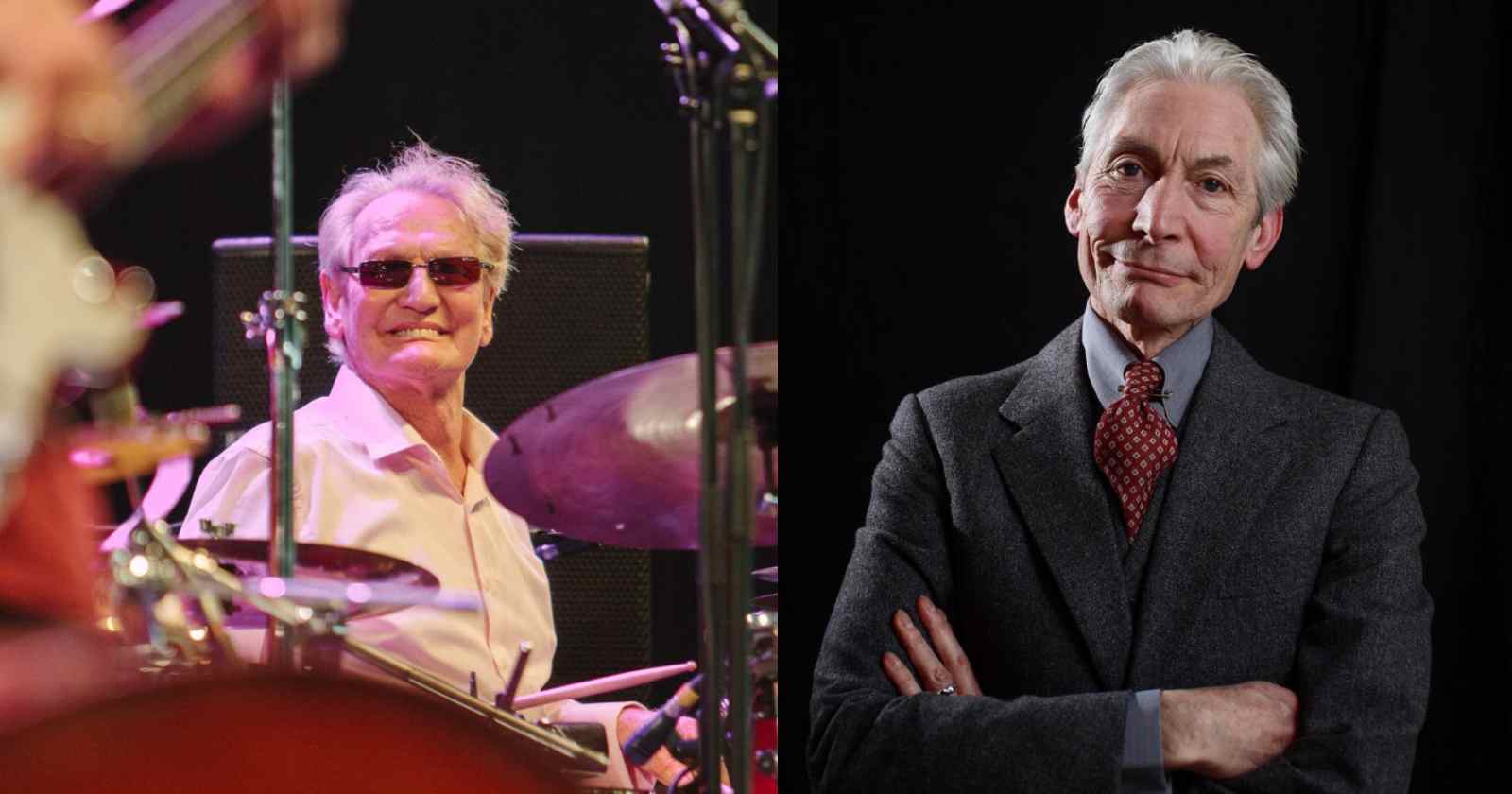 The Rolling Stones drummer for 59 years until his death in 2021, Charlie Watts was one of the most influential drummers in history like his contemporary Ginger Baker, known for his work with the supergroup Cream. Over the decades, Ginger (Dead in 2019) who was known also for his grumpiness, gave his real opinion on musicians and one of them was Charlie.

The legendary Cream drummer had no problem in saying that he dind’t like a band or that the musicians in it were bad. Over the years he always said that he hated The Rolling Stones but he liked Charlie Watts. He even said that by far the drummer was the greatest musician in the band. In an interview with Classic Rock back in 2019, Baker talked about Charlie and the Stones, saying: “I like Charlie. He’s a good friend since the old jazz days and he’s perfect for the Stones. He got me a gig with Alexis [Korner’s Blues Incorporated]. I recommended him for the Stones. But I hate the Stones and always have done. Mick Jagger is a musical moron. True, he is an economic genius. Most of ’em are fucking morons.”

The drummer event told Rolling Stone in 2013 that Charlie was a great friend and went to see him: “I mean Charlie is a great friend of mine. I think the world of Charlie. When I was living in the States, Charlie came to see me at my house and he said, ‘I’d give you some tickets. But I know you would never go!’ I won’t go within 10 miles of a Rolling Stones gig”. Baker then explained the reason why he didn’t went to the show was because in his opinion they were not good musicians and the best one was Watts.

Watts left a band so that Ginger Baker could join them

In the early 60s, before The Rolling Stones, Watts left the band Alexis Korner’s Blues Incorporated so that Ginger Baker could join them. Baker recalled this episode in an 1989 interview (Transcribed by Rock and Roll Garage), saying:  “Charlie Watts was playing the drums (In Alexis Korner’s Blues Incorporated). He wasn’t really up to the standard of the rest of the band, really. Anyway, Charlie heard that I was in need of work and he left the band so that I could join the band, which is a pretty unbelievable step. He is a really nice bloke. It sort of changed my whole thing around. This was 1963, so that makes me 24. I was in a terrible state at that time. I was a junkie and not a very nice person at all.”

The always quiet and polite Rolling Stones drummer Charlie Watts have always admired Ginger Baker and even was interviewed in the 2012 documentary “Beware Of Mr. Baker“, about the drummer where he recalled his work in the band Graham Bond Organization, saying (Transcribed by Rock and Roll Garage):  “Brilliant! Jack Bruce, Ginger Baker, Dick Heckstall-Smith and Graham Bond were at the top. We were a band trying to be like a band in Chicago. But they were something else, you know”.

He also talked about Ginger Baker’s Air Force, jazz-rock fusion supergroup led by Ginger that was active from 1969 to 1971 and made a reunion in 2015:  “It was really exciting. I thought it was going to last forever. But you know, Ginger’s bands tend to be like that. You hear the music, (you think) ‘this is fabulous’ and that he’s gonna go on forever and (then it will) last a week. Maybe that is just part of being him. I don’t know.”

In a conversation with Down Beat back in 1987, Charlie said that he wanted to play like his contemporary and recalled when he used Baker’s drumkit: “Ginger had a kit that he actually made. The first plastic kit I’d ever seen. Those were the days when you had calf heads. But his were like real African drums which are actually animal skins, shaved off. So they were about a quarter-of-an-inch thick.”

“He’s the only guy I’ve ever seen get any sound out of his tom-toms. I borrowed them off him one night. He was on the first act, the Stones were the next band on, and then Ginger with Alexis — and couldn’t get anywhere. Broke about four sticks. I don’t break drum sticks normally. But Ginger’s chops are so strong. They still are. I tried to get him to play in this band actually. But I couldn’t get ahold of him.”