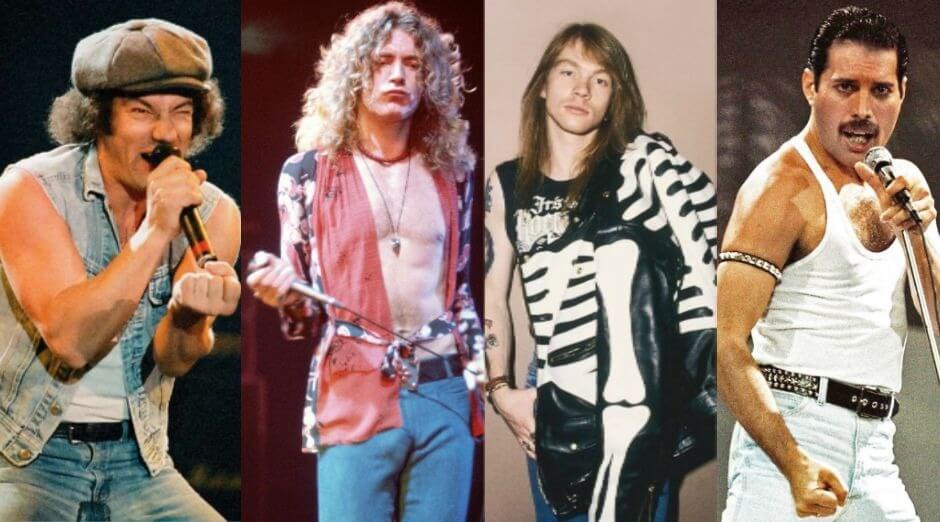 There are rock songs so famous commercially that they have already been played so many times on radio, movies, TV shows and other platforms that true fans of the genre cannot stand to hear them anymore. Without a doubt they are incredible songs and true classics, however, they are so used repeatedly that older fans no longer bear to listen them.

These songs are usually the entry point for new fans to get to know the band. But, many of them don’t have the interest to know the other songs and albums. So they end up knowing only this most famous song by the artist.

Certainly one of the most famous songs from AC/DC alongside “Highway to Hell”. This song was presented for new generations on the blockbuster movie “Iron Man”(2008). The band had several songs on the film soundtrack.

After Bon Scott‘s death, much was said about the end of the group. Something that was considered by the members themselves. However, when Brian Johnson was integrated in the place of Bon, they composed this melody to symbolize the comeback. So the album proved to be a great tribute to the late vocalist. The part of the lyrics that says “forget the hearse, because I never died”, means that Scott will live forever through his music.

Another song presented for a new generation on the Iron Man movie. This amazing Black Sabbath song was released on their 1970 album Paranoid. The lyrics tell the story of a man who time travels into the future and sees the apocalypse. In the process of returning to the present he is turned into steel by a magnetic field. His attempts to warn the public are ignored and mocked. Feeling shunned and alone, Iron Man plans his revenge on mankind, causing the apocalypse seen in his vision.

Deep Purple “Smoke On The Water”

“Smoke On The Water” is probably one of the first riffs everyone learns when playing the guitar. It is simple, catchy and is constantly overplayed. The Deep Purple song was first released on its 1972 Machine Head album.

The riff, played on a Gibson guitar, by Ritchie Blackmore, to which the chimbau and a distorted organ are first joined, is then accompanied by the bass, in a famous pulsating line of only one note, before the entrance of the complete drums and Ian’s vocal.

“Starway To Heaven” is the ultimate musical instrument store prohibited song. It was composed by guitarist Jimmy Page and vocalist Robert Plant for the band’s fourth studio album, Led Zeppelin IV, from 1971. It is often considered one of the greatest rock songs of all time.

The music lasts eight minutes and two seconds, and consists of several sections that increase the volume and rhythm of the song. The music begins with guitar strumming based on popular music. Also is accompanied by flutes before the introduction of electrical instrumentation. The final section is an elevated section of hard rock rhythm enhanced by an intricate guitar solo by Page.

Iron Maiden “Fear Of The Dark”

One of Iron Maiden‘s less heavier songs that talks about a subject common to everyone, The perfect recipe for mainstream success. The tune was written by Steve Harris, bassist and lead composer of the group. It is the only song on this album of the same name that continues to be played in concerts today, although “Afraid to Shoot Strangers” was played regularly until 1998.

The single “Fear of the Dark (live)” is the 26th single released by the band. This live version (as well as the version of “Bring Your Daughter … To the Slaughter”) was taken from the album A Real Live Dead One. The single reached No. 5 on the UK charts and has since become a fan favorites and a regular presence at Iron Maiden concerts.

“Sweet Child O’ Mine” probably one of the rock songs most played by non true rock fans all over the world. That we could call the ultimate poser song of all time. The tune is part of the Guns N’ Roses debut album, Appetite for Destruction. It was released in August 1988 as the album’s third single, and topped the Billboard Hot 100 chart, becoming the band’s only number one single in the USA. In addition, Billboard ranked it as the fifth best song in 1988. Guitarist Slash said in 1990: “[The song] has become a huge hit and now it makes me sick. I mean, I like it, but I hate what it stands for.”

KISS “Rock And Roll all Nite”

“Rock And Roll all Nite” is Kiss‘ biggest hit and also a song that many rock fans can’t stand anymore. Originally released on the album Dressed To Kill, according to the members of Kiss, it would define the spirit of what it was like to live the world of rock n ‘roll for the band. In addition, the song brings elements of sensuality and excerpts referring to the rebelliousness of young people who tried to live in the best way possible.

A great song, however also one of the biggest poser songs in history, since is often used by non true rock and roll fans. Written in 1975 by Alan Merrill and Jake Hooker, the song was originally recorded and released by The Arrows in 1975 on RAK Records. With vocalist Alan Merrill and production by Mickie Most This version was initially released as a B-side. But was soon rewritten and reversed to the A-side.

Although it was not a hit in its original version as a result of the band’s lack of renown. The song became a hit due to the great success of it’s cover versions, the most famous one made by Joan Jett.

“Smells Like Teen Spirit” the ultimate Grunge anthem, but also overplayed all around the world. The Nirvana song was the opening track and first single from the band’s second album, Nevermind, released in 1991. Written by Kurt Cobain, the song uses the chorus verse format , and the main riff is used during the intro and chorus to create a dynamic alternation between the sections of major and minor sound violence.

The unexpected success of “Smells Like Teen Spirit” brought Nevermind to the top of the sales charts in early 1992. Being often cited as the moment when alternative rock reached mainstream status. Also was Nirvana’s first and biggest hit. Reaching 6th place on the Billboard Hot 100 and entering the tops of several countries around the world between 1991 and 1992.

Amazing Eagles song but is probably one of the songs most played on the classic rock radios all around the world. It was released on the album of the same name in 1976 and still is the band’s biggest hit. The song was composed by Don Felder, Don Henley and Glenn Frey, featuring drummer Don Henley on vocals. Also contains a guitar duo at the end of the song with Don Felder and Joe Walsh.

This song topped the Billboard chart on May 7, 1977, becoming the Eagles’ signature song.

Before Queen’s biopic in 2018, that was called “Bohemian Rhapsody” be released, Queen’s most remembered songs would be probably “We Will Rock You” and “We Are the Champions”. But after the Oscar winner movie the opera rock tune flooded everything.

“Bohemian Rhapsody” is a song composed in 1975 by Freddie Mercury, a member of the British band Queen and included in his album A Night at the Opera. It has three segments. First, it starts with a ballad that ends with a Brian May guitar solo. After the solo begins a small opera entirely composed by Freddie Mercury. After the opera, a small “hard rock” part begins. Freddie Mercury composed the instrumental, the opera and almost the whole song.