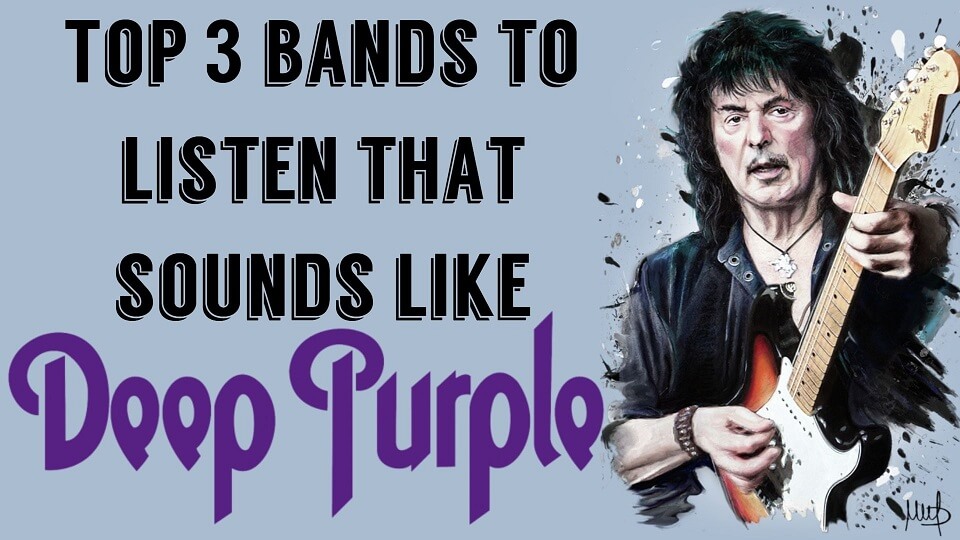 Because of their unique sound that mixed hard rock, progressive rock and that classic rock and roll sound they were never easy to copy, but we prepared an interesting list with the Top 3 bands to listen that sounds like Deep Purple.

Over the course of their 49-year career, Uriah Heep have released twenty-five studio albums, two albums composed of re-recorded material, eighteen live albums and thirty-nine compilation albums. Twelve of the band’s studio albums have made it to the UK Albums Chart (Return to Fantasy reached No. 7 in 1975) while of the fifteen Billboard 200 Uriah Heep albums Demons and Wizards was the most successful (#23, 1972). In the late 1970s the band had massive success in Germany, where the “Lady in Black” single was a big hit.

Uriah Heep’s audience declined by the 1980s, to the point where they became essentially a cult band in the United Kingdom and United States. The band maintains a significant following and performs at arena-sized venues in the Balkans, Germany, Japan, the Netherlands, Russia and Scandinavia. They have sold over 40 million albums worldwide with over 4 million sales in the U.S, where its best-known songs include “Easy Livin'”, “The Wizard”, “Sweet Lorraine”, and “Stealin'”.

Since the band “Ritchie’s Blackmore Rainbow” was created by Ritchie Blackmore when he decided to quit Deep Purple, the band carried his Deep Purple guitar sound in the first albums before it became a band with a more pop approach. It was active from 1975 until 1984, 1993 until 1997, and 2015 until present. They were originally established with Ronnie James Dio’s American rock band Elf, but after their first album, Blackmore fired the backing members and continued with Dio until 1979.

Known as David Coverdale’s band, it was created in 1978 by the him who substituted Ian Gillan on Deep Purple and in the firsts album it had Deep Purple drummer and keyboardist, Ian Paice and Jon Lord.

Their early material has been compared by critics to the blues rock of Deep Purple, but they slowly began moving toward a more commercially accessible rock style. By the turn of the decade, the band’s commercial fortunes changed and they released a string of UK top 10 albums, Ready an’ Willing (1980), Come an’ Get It (1981), Saints & Sinners (1982) and Slide It In (1984), the last of which was their first to chart in the US and is certified 2x platinum.

The band’s 1987 self-titled album was their most commercially successful worldwide, and contained two major US hits, “Here I Go Again” and “Is This Love”, reaching number one and two on the Billboard Hot 100.