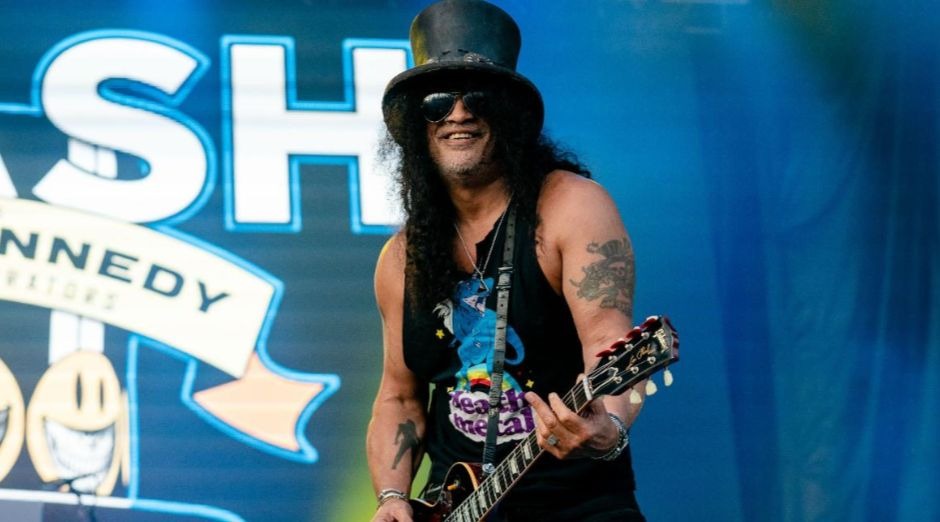 The legendary Guns N’ Roses guitarist Slash was responsible for many amazing classic guitar riffs. And in 2010 in an interview with Paste Magazine he revealed his 10 favorite guitar riffs of all time. Citing bands like Beatles, Van Halen and Metallica.

“It’s trippy, it’s bluesy. It’s light, and then it gets real heavy. And it’s all because they had two separate recordings that weren’t going well, so they mashed ‘em together. Classic.”

9. “Back in the Saddle” Aerosmith

“Some bands come out with the perfect first album, and that first record is so indicative of the band’s unique sound. Van Halen’s one of those bands that had it down pat on their first record. It’s raw, and beautiful, and it’s got a real energy, like a fuckin’ in-your-face guitar tour-de-force.”

“The sound this group gets out of the wah wah bar and the distortion pedal, it’s a little bit funky but it still rocks real fuckin’ hard. One of the best rock guitar sounds of all time.”

“This one’s off of Master of Puppets, which is the ultimate Metallica album of all time. I love the rhythm and timing on this one, and it’s got a real sinister drive to it, too. Like you just know something bad’s about to happen.”

5. “Life in the Fast Lane” The Eagles

“Killer riff, absolutely killer. God, I must have first heard this song when I was in elementary school. Shit, was it really that long ago?”

“Brian May wrote amazing fuckin’ riffs all throughout Queen’s career. When I first started playing guitar, Jazz had just come out, and this song blew me away. It’s almost completely overlooked too.”

“You take it for granted because you’ve heard it so many times, but this is just such a well-structured, almost perfect riff. It’s very unique, just in terms of structure and technique. Very original for a rock ‘n’ roll riff.”

2. “Over Under Sideways Down” The Yardbirds

“You can’t not love the blues on this one, how it kinda bops back and forth with the beat. But its also a little bit menacing too. I like that.”

“This one seems obvious, I guess. This song is just fuckin’ monstrous. Real, real heavy.”

Slash was born in London, 23 July 1965. With Guns N ‘Roses he achieved worldwide success at the end of 1980s and early 90s. In his later career, Slash joined some other bands of various styles, mostly successful, like Velvet Revolver. And in 2011 he started a solo career releasing three albums and is currently on his third world tour.