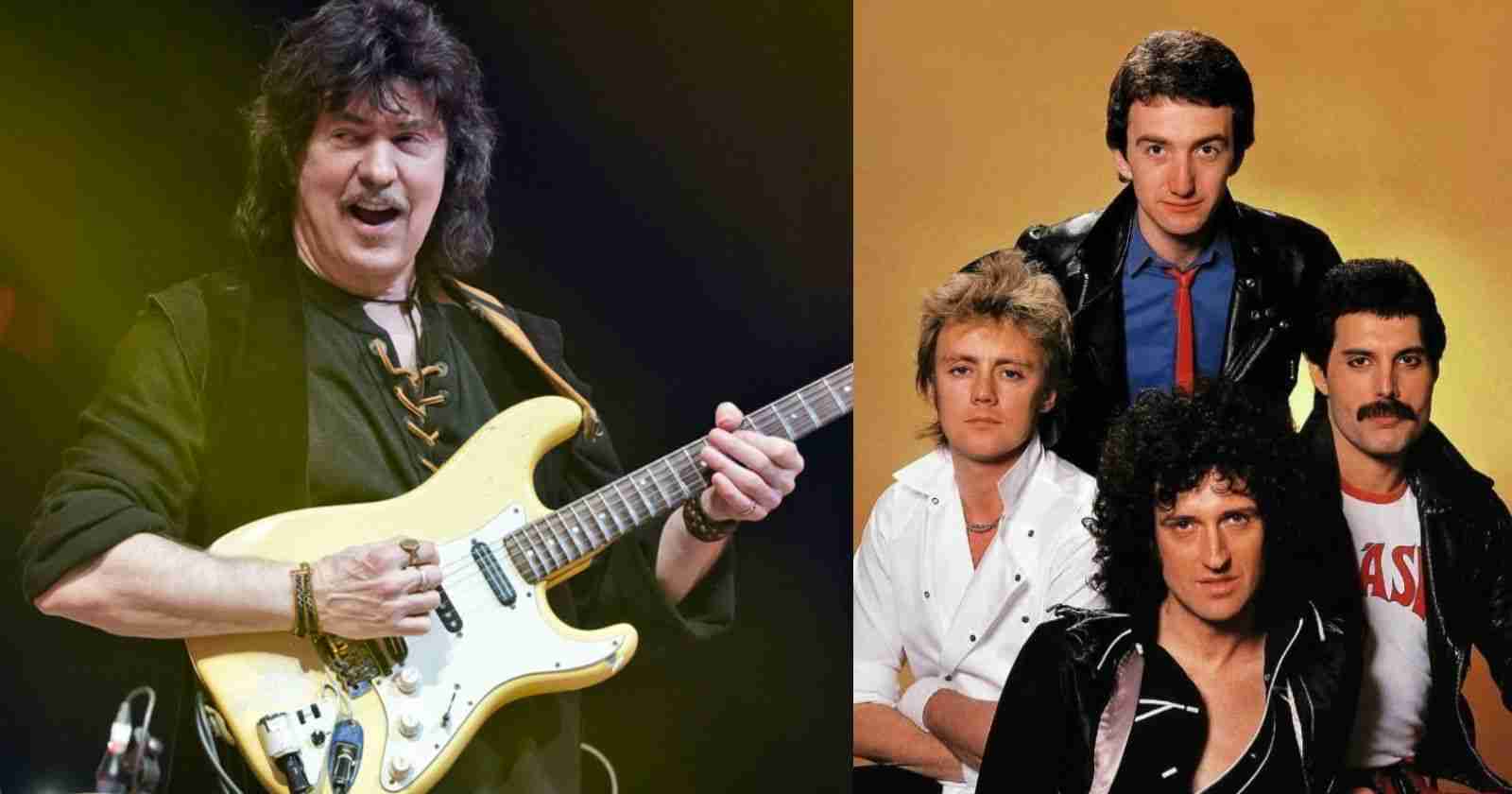 Legendary guitarist Ritchie Blackmore (Deep Purple, Rainbow) gave his opinion on Queen music and guitarist Brian May in an interview posted by the band’s official Youtube channel back in 2018. The musician recalled he heard Queen for the first time in 1974.

Guitarist Ritchie Blackmore gave his opinion about Queen and Brian May, saying:

“Queen, I first heard them doing a song about a train, this is about 1974 or 1975. I can’t remember the title but I was very impressed with the guitar playing and of course the singing. I’ve noticed that Freddie Mercury has a cross between Ronnie Dio and almost like an opera operatic type of voice. To me he was a true star, he knew exactly how to milk an audience, what a musician.”

“Some of the stuff they put down all those four part harmonies… very, very clever stuff. And of course there’s Brian, who is probably one of the nicest guys in the business, a brilliant guitar player to boot. I’ve worked with Brian on other stuff and he is such a nice man. He is a bit too tall but he can’t help that. Wonderful band, excellent band and I was very surprised that they did so well in America.”

Brian May (Queen) was elected the best guitarist of all time on a poll made by Guitar World in 2020. In an interview with the magazine the guitarist shared his opinion on Ritchie Blackmore, saying: “Another great hero of mine. He’s crazy. I mean, yeah, it was extraordinary watching him. I think he’s one of the most dangerous guitar players ever. And I mean that is in the best possible way. Beautiful! He was there way ahead of any of us.”

British guitarist and songwriter, began his professional career as a session musician as a member of the instrumental band The Outlaws and as a backing musician of pop singers Glenda Collins, Heinz, Screaming Lord Sutch, Neil Christian. Blackmore was also one of the original members of Deep Purple, playing jam-style rock music which mixed simple guitar riffs and organ sounds