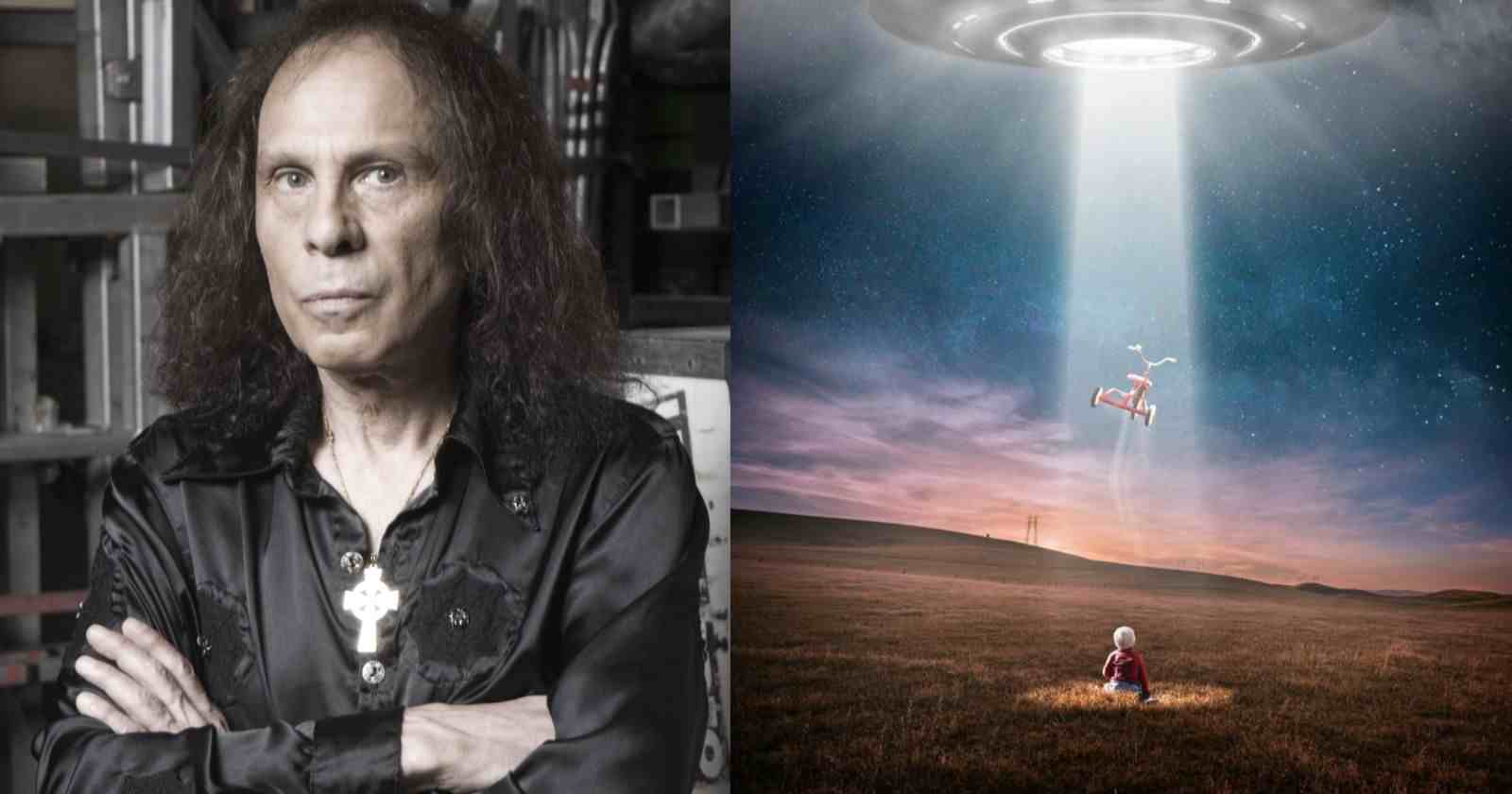 Legendary singer Ronnie James Dio (Rainbow, Black Sabbath, Dio) revealed in interview in Sweden back in 2001 that he had an UFO encounter in Connecticut when he was singing with Rainbow.

“I think that it’s something I would like to see more than anything you could possibly imagine. And I would love to have an alien walk in this door right now. I would love to see a UFO land on top of this building and I wouldn’t even care if they took me away.”

“My close encounter happened in the state of Connecticut: New Canaan, Connecticut which is kind of in itself when you think of New Canaan which is a very religious, biblical kind of reference. We had just moved into another house. All of Rainbow had moved from Los Angeles to Connecticut and I’d just come off the road and my wife and I were putting together our new home. Things were being unpacked at the time.”

“As it got closer we saw a car coming. Where we lived was kind of in a forested area, so one lone car coming down a hill. As this car was coming down, it was just about to intersect this light. I thought it’s going to take this car away; this car is going to shoot up into whatever this thing may be.”

“I had baited breath. The car got to this intersection point and suddenly it went out. But it didn’t go out as though you would take a flame and blow the flame out where there is an afterglow. It was as if someone had taken a black curtain and gone “woosh” and off it went.”

I thought I know that was the presence of a UFO and we both were blown away. The next day in the newspaper 20-45 people saw the same thing and then heard a large explosion with a light after it. So it wasn’t just me, and I KNOW it was that. I mean I am absolutely positive that it was that. No I’ve never been taken away and I don’t want to be taken away that way. I don’t want needles to be inserted in me in bad places. But I would love to see something like that, I really would.”