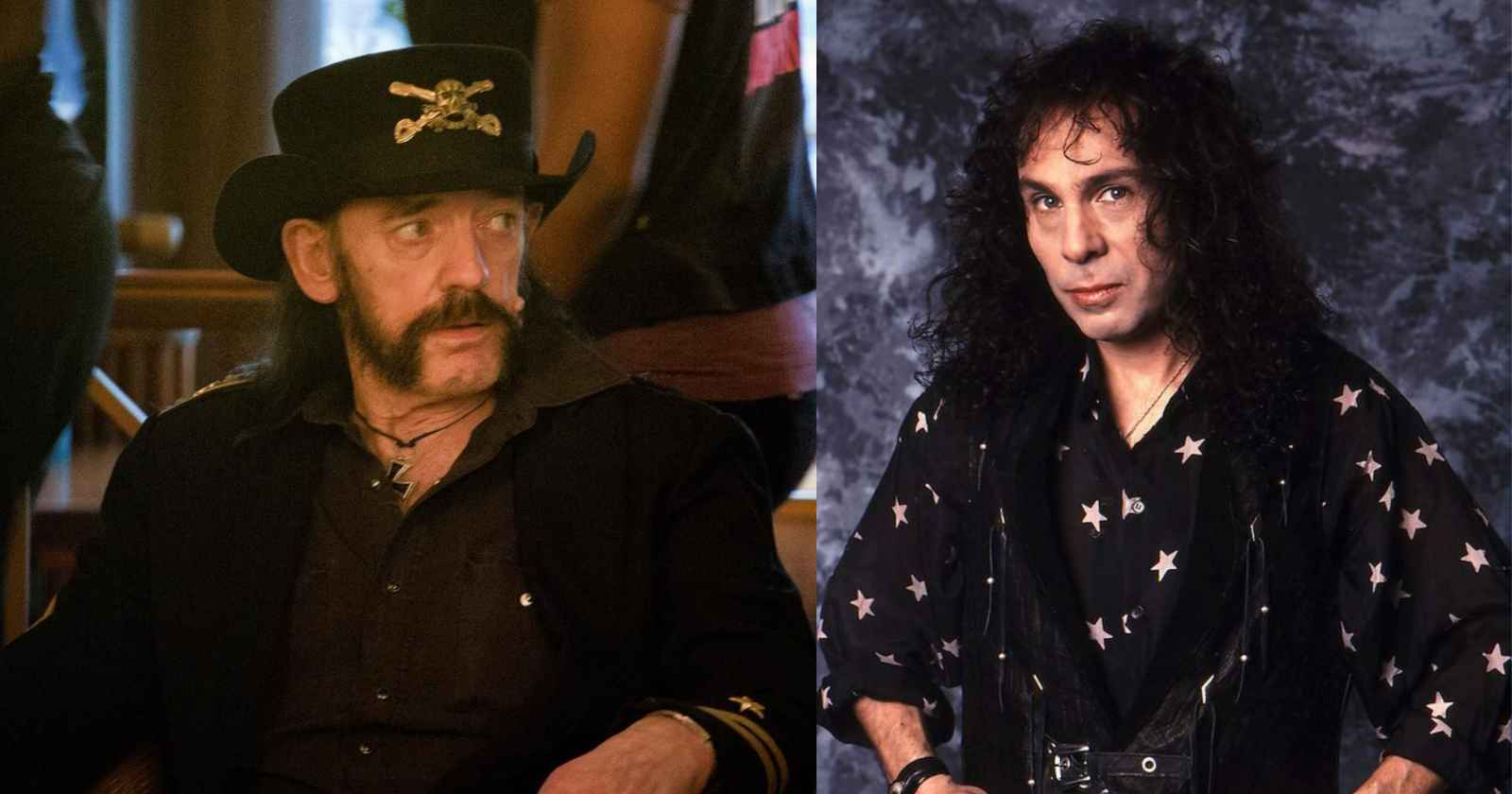 The Motörhead leader Lemmy Kilmister became one of the most influential Rock and Roll artists of all time and during his long career until his death in 2015, he had the chance to see a lot of bands and meet many famous musicians. Over the decades the late bassist and singer gave his opinion on many of his peers, including the legendary Rainbow, Black Sabbath and Dio vocalist Ronnie James Dio.

What was Lemmy Kilmister’s opinion on Ronnie James Dio

In an interview with Artisan News back in 2013 when talking about his participation on the Ronnie James Dio tribute album (Transcribed by Rock and Roll Garage): “Well, Ronnie was a great friend of ours. We all loved Ronnie. Ronnie was funny, had a great sense of humour, and English sense of humour, very black, very dark. I like Ronnie a lot, it’s a shame he’s gone. We did a couple of tours with them (Dio), (dind’t had the chance to play) at the same time on stage. But we did a couple of tours with him. (He was) an incredible vocalist, wasn’t he? Especially when you see the geezer, I mean he was only a tiny little guy but his voice was seven foot tall. He is brilliant. One of the great vocalists,” Lemmy Kilmister said.

The tribute album “Ronnie James Dio – This Is Your Life” was released in 2014 and Motörhead recorded with Saxon‘s vocalist Biff Byford the song “Starstruck” that was originally released on Rainbow’s 1976 album “Rising”.

Lemmy and Dio were really great friends and even were interviewed together on many TV shows in the 80s and 90s. In the turn of the century Dio and Motörhead toured together with Manowar in Europe.

In an official statement back in 2010 when Ronnie James Dio died from stomach cancer at the age of 67, Lemmy Kilmister said: “I’m truly upset. Especially since he seemed to be rallying at the Golden Gods show. Bon voyage, Ronnie. Rest In Peace. I’m devastated.”

Dio said that Lemmy Kilmister was one of his heroes

Ronnie James Dio also had a deep respect for Lemmy and said in an interview with Arto Lehtinen in the early 2000s that the Motörhead frontman was one of his heroes. When talking about how he prepared his voice for a concert, Dio recalled Lemmy, saying: “If I’m sick, I won’t go to a club. Unlike Lemmy, who will go no matter what happens! (Laughters) I think it’s just knowing how to do it. And a lot of it is very mental as well. But that should be good for Lemmy ’cause he’s mental anyway.”

“He’s taken himself with that voice and look what he’s done! I think it’s absolutely incredible that he’s done that. He’s a great guy! I’m sorry he’s not here. But if he were here, we would never get a word in anyway,” Ronnie James Dio said.