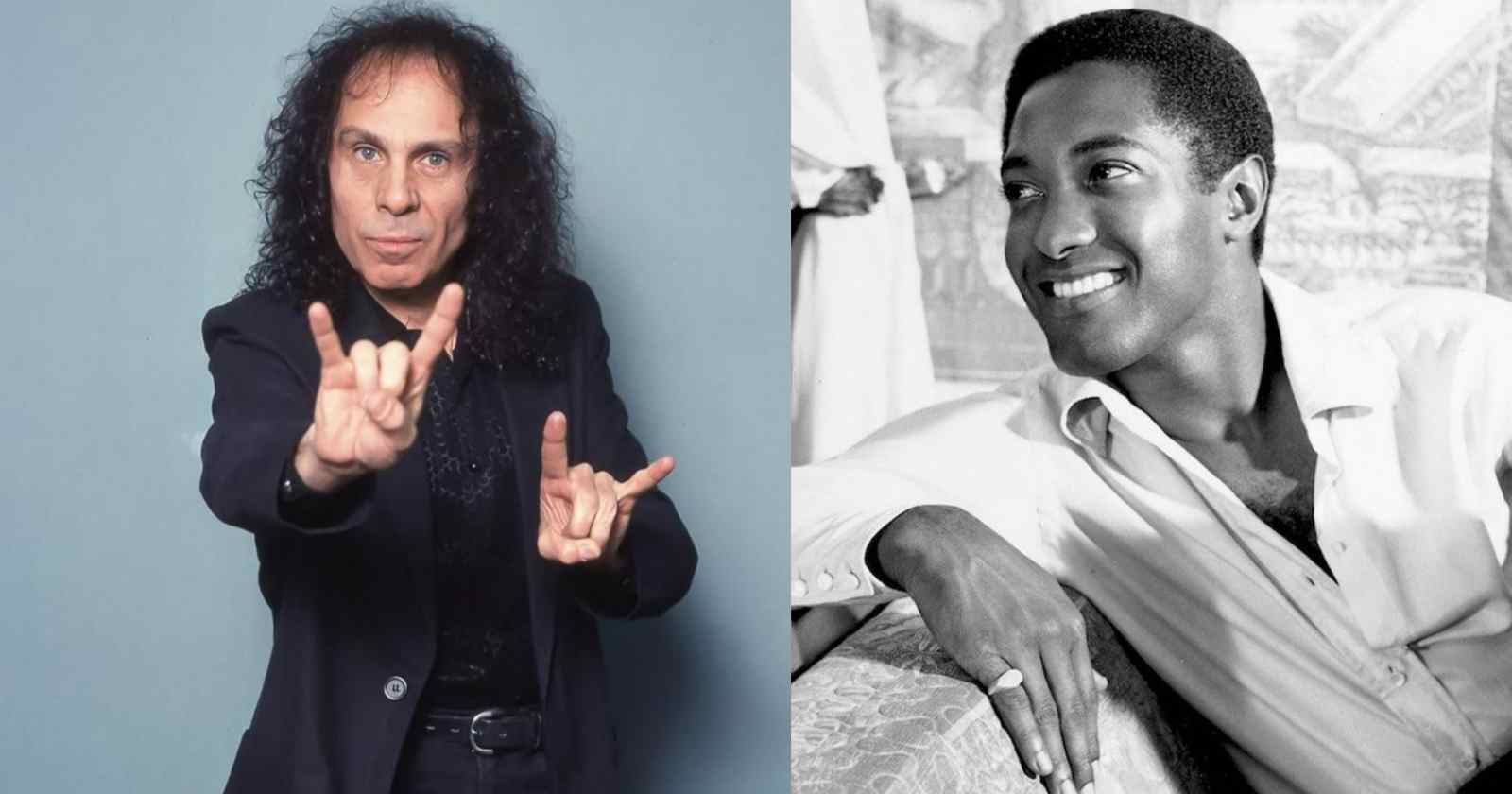 One of the greatest voices of Heavy Metal music, the late legendary singer Ronnie James Dio made history as the vocalist of bands like Elf, Rainbow, Black Sabbath and Dio. He is still an influence for millions of singers of the genre worldwide. However, Dio wasn’t only influenced by Rock and Roll musicians when he was forming his own style. In an interview with My Planet Rocks back in 2006 (Transcribed by Rock and Roll Garage) he listed 4 Rhythm & Blues singers that influenced him and were some of his favorites of all time.

After saying that his first introduction to Rock and Roll music was through Elvis Presley, Ronnie James Dio listed some of his favorite Rhythm & Blues singers, saying: “I loved all the old R&B singers as well. Sam Cooke, Jackie Wilson, Sam & Dave, James Brown. Those people were very influential to me. I loved that music, it was the called R&B but it was Soul music, because it had so much soul. They just spoke volumes to me.”

“They were telling stories, I could hear the stories inside of what they were doing, what they were saying. So that was a great influence for me. I adapted that style as well. So all these influences were flying around me all the time. So you kind of have to be smart enough to put them all together.”

Sam Cooke is considered to be a pioneer and one of the most influential soul artists of all time. He also is commonly referred to as the “King of Soul” for his distinctive vocals, notable contributions to the genre and high significance in popular music.

Some of his most famous songs are “(What A) Wonderful World”, “Change Is Gonna Come”, “Bring It On Home to Me” and “Nothing Can Change This Love”.

The influential Soul and Rock singer Jackie Wilson also was called “Mr. Excitement,” due to his wonderful performances. During his career he scored over 50 chart singles spanning the genres of R&B, pop, soul, doo-wop and easy listening.

He was posthumously inducted to the Rock and Roll Hall of Fame in 1987 by J. Geils Band singer Peter Wolf. Some of Wilson’s most famous songs are “I Get The Sweetest Feeling”, “Reet Petite” and “(Your Love Keeps Lifting Me) Higher & Higher”.

A fun fact regarding Jackie Wilson is that the legendary Jimi Hendrix was his guitarist for a while, working as a hired gun.

Sam Moore and Dave Prater were considered one of the greatest live acts of the 60s due to his incredible hits and praised live concerts. In 1968, their most famous song “Soul Man” was awarded with Grammy Award for Best Rhythm & Blues Group Performance, Vocal or Instrumental.

Some of their other most successful tracks are: “Hold On, I’m Comin'”, “Smooth Me” and “When Something is Wrong With My Baby”.

James Brown was an American singer, songwriter and dancer. Also called “Godfather of Soul”, “Mr. Dynamite”, and “Soul Brother No. 1”, he became one of the most famous artists of the 20th century.

Brown was one of the first 10 inductees into the Rock and Roll Hall of Fame at its inaugural induction in New York on January 23, 1986. Some of his most famous songs are: “Get Up Offa That Thing” and “I Gout You (I Feel Good)”.