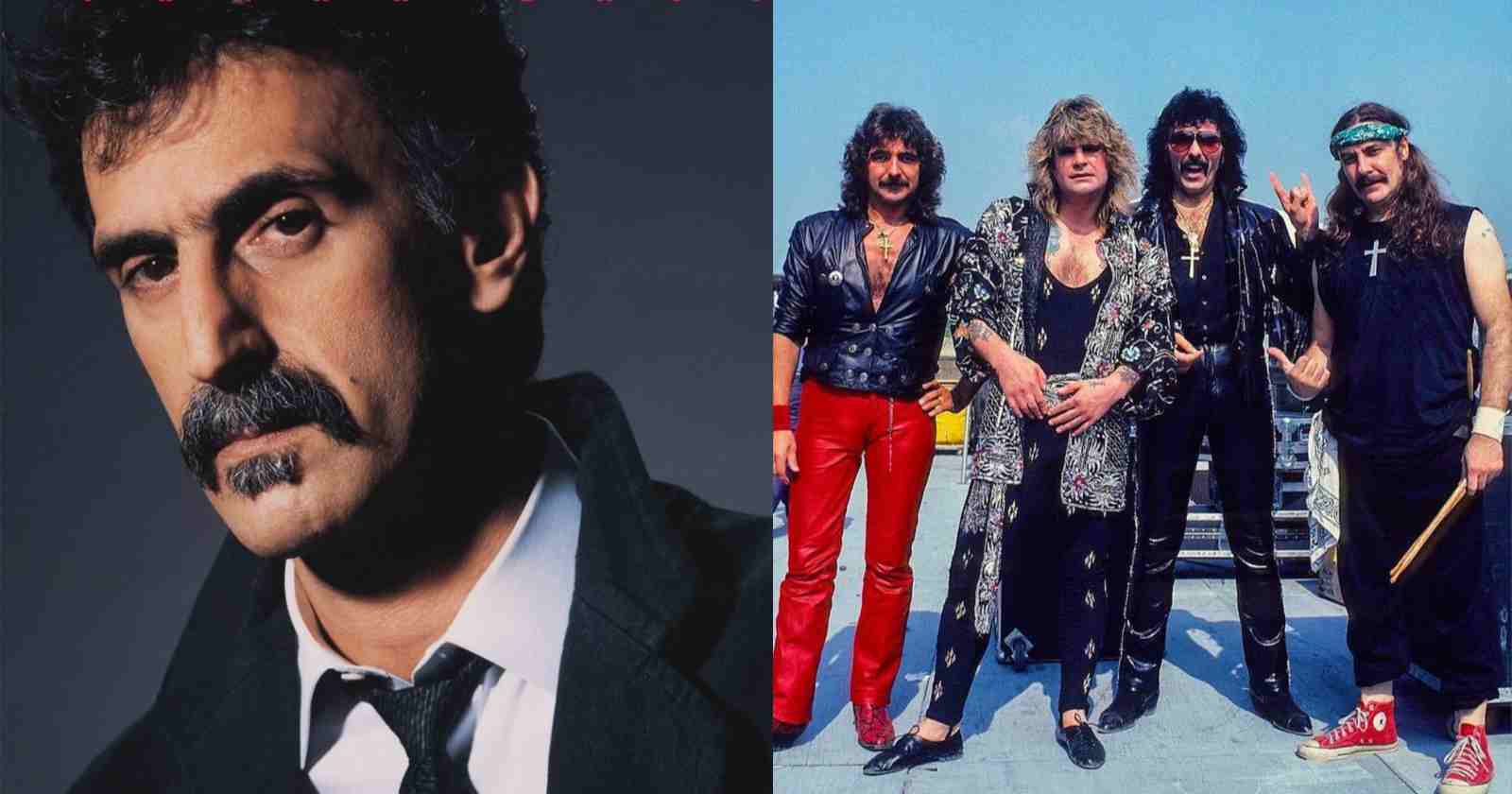 One of the most inventive and influential American musicians of all time, Frank Zappa was also known for being sincere and always giving his real opinion on any subject. In the music business from the mid 60s until his death in the 90s, Zappa was able to witness many bands and new music genres being created. Over the decades the musician gave his opinion on many groups, including Black Sabbath, the band that created Heavy Metal.

What was Frank Zappa’s opinion on Black Sabbath

Back in 1975, when Black Sabbath had already a successful career, Frank Zappa talked with Let It Rock magazine about many songs that were released at the time and one of them was from the British Heavy Metal group. “(‘Supernaut’) Black Sabbath. I think it’s from Paranoid (It’s actually from the ‘Vol. 4’ album). I like it because I think it’s prototypical of a certain musical style. I think it’s well done. Also, I happen to like the guitar lick that’s being played in the background,” Zappa said.

The musician was a big fan of the band and over the years he also praised the famous Sabbath hit “Iron Man”, saying it was a work of art. Tony Iommi, the legendary guitarist of the metal band confirmed in a conversation with Steve Newton back in 2007 that “Supernaut” was ons of Frank Zappa’s favorite riffs from the band: “You know who did like that? Frank Zappa. That was one of his favourite tracks. He always said, ‘Aw, I love that riff.’ In fact, I used to play it for him when he’d come down, you know.”

The band’s vocalist Ozzy Osbourne told the same to Rolling Stone in 2021. “That was Frank Zappa’s favorite song. He loved the guitar riff.”

Frank Zappa was not only a big fan of the band but also became a friend of the band members. As drummer Bill Ward recalled in an interview with DJ Nurse Annabella on Lava Lamps & 8-Track Theatre (Transcribed by Rock and Roll Garage), Zappa tried to play with the band in Madison Square Garden in New York City but he had a problem with his guitar. “In Madison Square Garden Frank’s guitar unfortunately, something blew up. So it didn’t go very far. But we were always bumping into Frank. We were either conversing or we would have dinner, watch those guys play (Zappa’s band). And he would come and watch us play a couple of times.”

“He enjoyed Black Sabbath. He definitely liked Black Sabbath so much that he wanted to get up and jam with the band. I don’t know what happened to his guitar. Something happened on the stage and we couldn’t get it (to) work. So in the end he had to move out of the stage, you know,” Bill Ward said.

The Black Sabbath bassist and main lyricist Geezer Butler believes that the critics changed their mind about Black Sabbath when Frank Zappa praised them in an interview back in mid-70s. Talking with Westword back in 2007, Butler recalled that the opinion of the music critics that had always criticized their music changed: “I think some of them got an inkling when Frank Zappa did this interview in one of the big English music papers. They were asking him what music he was listening to at the time and he said, ‘Black Sabbath.'”

“At the time, Frank Zappa was really well thought of critically. I thought he was joking! (Laughs.) But he thought ‘Supernaut’ was the best riff he’d ever heard. A lot of critics went, ‘Well, if Zappa likes Black Sabbath, maybe we should give them another listen.’ So that turned some of the people.”

He also said that other bands like Nirvana and Metallica that listed them as an influence also helped to do the same with the critics.

But Osbourne’s label at the time didn’t allowed the release because he was on the charts with “No More Tears”. The recording was only finally released in 2005 as part of Ozzy’s boxset “Prince Of Darkness“.