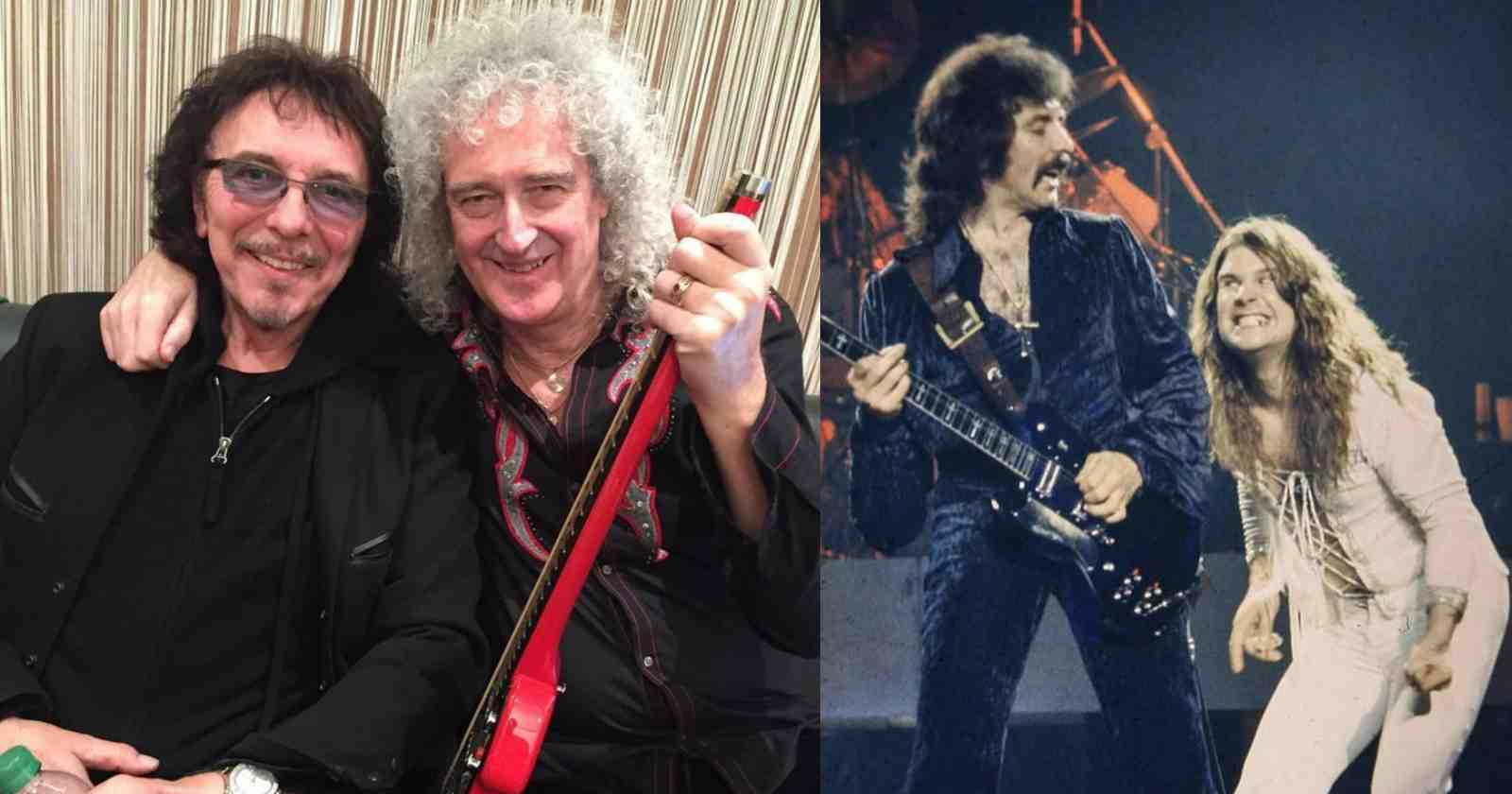 The only Black Sabbath co-founder that was in all the band’s albums, guitarist Tony Iommi is one of the most influential musicians of all time. His unique sound and approach created the Heavy Metal genre that resulted in other countless highly successful bands over the decades. In an interview for the guitar workshop “Careful With That Axe” in 1991, he listed 5 guitarists that in his opinion are very good. Rock and Roll gathered what the “Riff Master” said about those musicians and his connection with them.

In an interview with BBC’s show “The Rock Show With Johnnie Walker” back in 2019 in 2021, Tony Iommi chose Brian May as his “Rock God”, saying: “His sort of sound and style really stood out to me when I heard the first Queen album, really. When I heard that album, (I thought): ‘This is a really good band.’ A guitar player is always into other guitar players. He had a sort of unique sound and the way that he played. I just liked it.”

“It was appealing. He’s just got a certain character that you didn’t really hear from anybody else. He’s got something very ‘him.’ As soon as you hear Brian now, anybody can pick him out. It was in the early ’70s we first met. I don’t know if it was in the studio. I actually can’t remember,” Tony Iommi said.

Tony Iommi and the incredible Queen guitarist Brian May are best friends for decades and visit each other quite often as they show on their Instagram profiles. Even though they are great friends they haven’t work much together in public. But Brian May played a guitar solo on the song “When Death Calls” from Black Sabbath’s 1989 album “Headless Cross”.

Three years later in 1992, Iommi was one of the musicians that played on the stage the most with Queen during the Freddie Mercury Tribute concert at Wembley stadium.

Alongside Tony Iommi, Jimmy Page was one of the guitarists who influenced the most other musicians to play heavy music. A successful studio musician, Page played on many famous British songs of the 60s and then joined The Yardbirds in 1966. But his most important and famous work started in 1968 with Led Zeppelin, that became one of the best-selling bands in the history of music.

Since before fame Iommi was a friend of the late Led Zeppelin drummer John Bonham, who was his best man in his wedding, what made him create a friendship with the other members of the Hard Rock group. The Sabbath guitarist even praised Jimmy Page back in 2019, saying in a Q&A session on his Twitter account that he wished he had written the guitar riff for “Kashmir”.

Another interesting fact is that Zeppelin visited Black Sabbath when they were recording the “Sabbath Bloody Sabbath” (1973) album and they played together in studio.

Another highly influential Hard Rock guitarist, Ritchie Blackmore made history in Deep Purple and Rainbow, creating some of the most famous guitar riffs from the 70s and 80s. The main connection between the two guitarists is that Iommi worked with two vocalists in Black Sabbath that had previously made successful albums with Blackmore. Ronnie James Dio joined Sabbath in the same year he left Rainbow and Ian Gillan became a member of the Heavy Metal group 9 years after he played with Blackmore in Deep Purple for the first time.

In an interview with Steve Newton back in 2007, Iommi rated Rainbow and Blackmore’s playing saying: “I thought it was very good (Rainbow). (He is) very good (Blackmore)”. In the same conversation he said that in the early days there was a kind of rivalry between Sabbath, Zeppelin and Deep Purple because they were almost the only bands making a heavy sound at the time.

The two musicians and many other rock stars played together back in 1989 to raise funds for the people affected by the Armenian earthquake. An important part of Pink Floyd, David Gilmour joined the group in 1967 and the one album of the band that he wasn’t in was the debut “The Piper at the Gates of Dawn”. His unique guitar playing tone and feel are even more visible on the band’s best selling albums “The Dark Side of the Moon” (1973) and “The Wall” (1979).

Even though Heavy Metal and Progressive Rock are not very similar musically, Iommi worked drummer Nick Mason, Gilmour’s bandmate on Pink Floyd, in 2020 in a cancer charity song.

“Steve Howe is more of a technical player. I’m not a technical player. Steve is very technical and a very good player, superb musician. I used to watch him when he used to tour with us when we came to America with us, with YES,” Tony Iommi said in the 1991 conversation for guitar workshop “Careful With That Axe”.

One of the most important Progressive Rock guitarists, Steve Howe was an important part of two successful bands of the genre: Yes and ASIA. He also contributed as a session musician with bands like Queen, Frankie Goes To Hollywood and Martin Taylor.