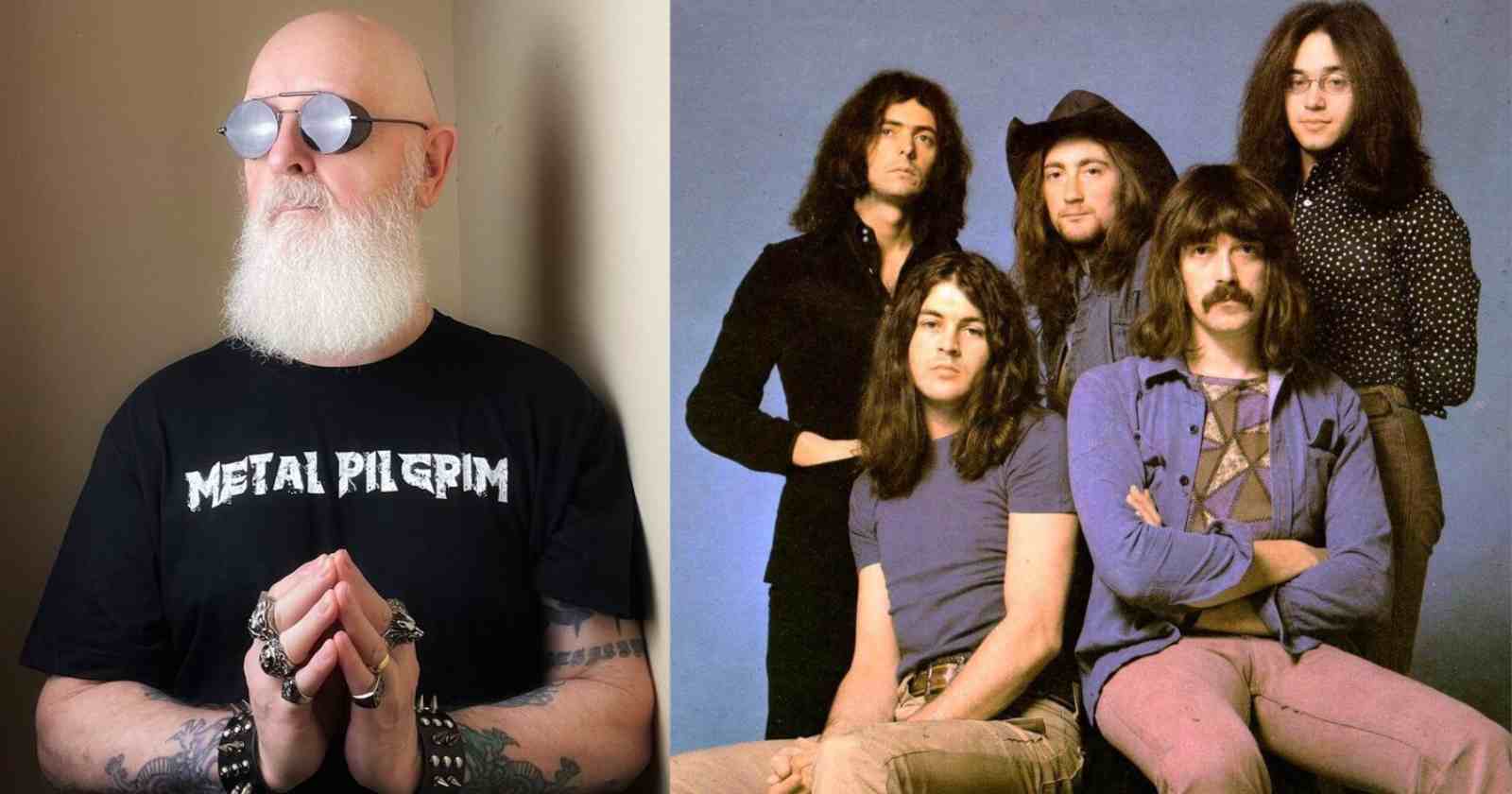 An important part of the band’s sound and one of the first Hard Rock vocalists to reach higher notes, Gillan influenced many musicians that appeared in the following decades. Over the decades many other praised vocalists gave their opinion on the Deep Purple frontman. One of them was the “Metal God” himself, the Judas Priest vocalist Rob Halford.

The Judas Priest vocalist Rob Halford joined the band in 1973 and one year after, in 1974, they released their debut album “Rocka Rolla”. By that time, Deep Purple had already recorded all the classic albums with Ian Gillan, who had recently left the group.

A big fan of heavy music, Rob Halford found a lot of inspiration on Ian Gillan’s singing when he was still trying to find his style. The musician recalled that in an interview with Reno’s 105.7 KOZZ in 2018, saying: “‘Machine Head’ has always been one of my (favorite records). Ian Gillan is just a phenomenal singer. He’s also been a big inspiration to me as a singer when I started. I listened to a lot of other singers to get an understanding of what the voice was capable of doing and Ian was a tremendous inspiration for me,” Rob Halford said.

Two years later in a conversation with Rolling Stone, the singer place “Machine Head” at the position number 6 on the list of his 10 favorite albums of all time. Halford explained his choice, saying:  “I chose Machine Head, just because it’s fierce and it’s intense. There’s always been a debate over whether Purple are a hard-rock or heavy-metal band. Priest did a tour with them, and I watched them many, many times from the side of the stage. They sound heavy to me — really heavy. … But of all of the Deep Purple albums that they made, that one really, really works for me.”

In a conversation with Rockarama back 2018, Halford once again praised Gillian, saying he was a big inspiration. He revealed that he likes the Deep Purple album “Fireball” (1971) and songs like “Speed King” and “Woman From Tokyo”.

For Halford, Deep Purple is the definition of Rock and Roll

In 2020, Halford was asked if Judas Priest was the definition of Heavy Metal, Deep Purple could be considered the definition of Rock and Roll. He answered Radioactive Mike, saying: “That’s very true. All of us in Priest are massive Purple fans. When I heard Ian Gillan sing, wail, and scream on some of those very early Purple albums when I was kind of getting my place in the band and getting an understanding of what a voice can do. I was totally in awe of what Ian Gillan was creating.”

In the same conversation the musician praised Gillian saying he is a great guy. Halford also complimented the band, stating that they still do great shows and keep releasing new material. Deep Purple and Judas Priest toured together in the United States back in 2018.

Deep Purple is Hard Rock, not Heavy Metal according to Rob Halford

Back in 2021 in an conversation with Mariskal Rock, Halford explained why he considers Deep Purple a Hard Rock and not a Metal band as many people labeled them over the years. He used Black Sabbath, the band that invented Heavy Metal as an example.

“Purple are hard rock to me. They’re not metal. I’ll probably be killed for saying that. But that’s just the way I feel. Sabbath are exclusively metal. Although Tony (Iommi) has always said Sabbath isn’t metal. I don’t know what’s going on. But that’s the world we live in, when musicians talk about each other.”

“There’s a certain speed. There’s a certain intensity in Purple that is also in Sabbath. But it’s in a different texture. When you listen to what Ian Paice (Deep Purple Drummer) was doing, for example, pushing those songs. I was as excited by that as I was by ‘Fairies Wear Boots’ or ‘Iron Man’ or any of these super-heavy tracks from Sabbath,” Rob Halford said.

Curiously, Ian Gillan ended up also being Black Sabbath’s vocalist from 1982 to 1984, recording the album “Born Again” (1983). Deep Purple was inducted into the Rock and Roll Hall Of Fame back in 2016 by the Metallica drummer Lars Ulrich. Judas Priest only became a member of it in 2022.