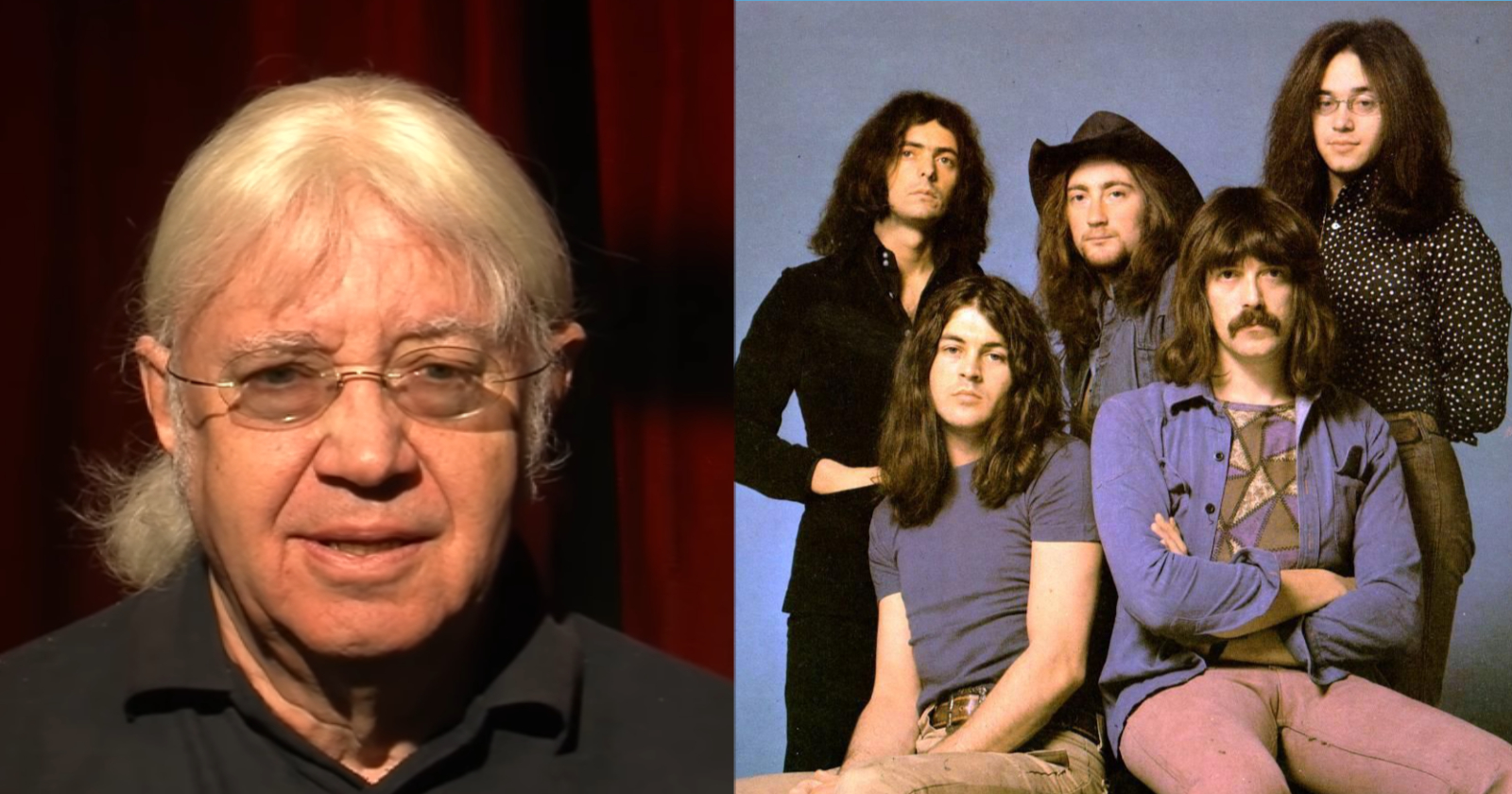 The legendary Deep Purple drummer Ian Paice recalled in an interview with “Hangin’ & Bangin’: Artists On Lockdown” (Transcribed by Blabbermouth) how the group had the idea an recorded their most famous song “Smoke On The Water”, that was released on the 1972 album “Machine Head”.

Deep Purple’s Ian Paice recalls the making of “Smoke On The Water”:

“When we started to record the album, the casino had already burnt down. And that was where we were gonna do the record… It was just a blackened ruin, and so we had to try and find somewhere else to record. The guy who ran the festival said, ‘Look, you can track in this ballroom.’ So we set up in the ballroom. And we were just trying to get a sound together. And Ritchie (Blackmore) had this riff. ‘Let’s try the dah-dah-dah song.’ ‘So how are we gonna start it?’ I said, ‘Try the riff and I’ll just do a hi-hat thing and let it build up.’ And this was an echoey old ballroom. Montreux, at that time of the year, had sort of gone to sleep. It’s a summer resort — no skiing there; it’s too low.”

“But it’s got the lake and all the rest of it. So by 10 o’clock, the whole village is comatose. And then this rock band starts up in this echoey old ballroom. Anyway, we’d been at it for about 10 minutes and then the police… We saw these blue lights go flashing by the door. We were just finishing a take; I think we got two takes done or something like that. Anyway, Martin Birch (Producer) said, ‘Don’t let anybody in.’ The roadies were holding the door till we finished the take.”

“The cops came in and said, ‘That’s it. You can’t do any more.’ So we had to move again. And we eventually went to the Grand Hotel which is a hotel that was shut for the winter. And we forgot about that track. We were just getting a sound. And when we finished the record, we found that we were a few minutes shy; it wasn’t long enough for an album. We had a track that could have gone on; it was the ballad, ‘When A Blind Man Cries’. But Ritchie wanted the slowest song on the record; he wanted it all to be up. So [we thought], ‘What about that track we did in the ballroom? (Let’s have a) listen to it. It sounds all right. It sounds okay.'”

“There were no words yet, so Ian (Gillan) and Roger (Glover) went away. And Roger looked back at his notebook and he was writing down his impressions as we saw the flames going up. The downdraft from the mountains pushed the smoke down across the lake. ‘Smoke On The Water’, that’s where the title came from. I said, ‘Why don’t we write a song about the making of the record?’ And so that’s how ‘Smoke On The Water’ got completed, and that’s how it ended up on the record. Otherwise it would have just been lost as a soundcheck.”