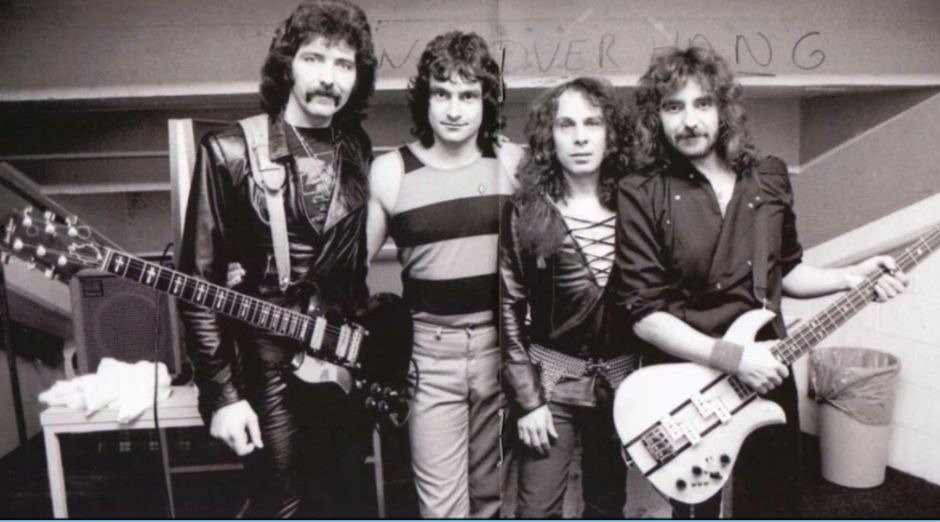 Mob Rules, the second Ronnie James Dio album with Black Sabbath is well remembered for the song of the same name. But, the tracklist has many other great songs like “Voodoo”, a great forgotten song. That has a great Tony Iommi riff and an incredible Geezer Butler bassline.

During the tour of the album Heaven and Hell, Black Sabbath lost another member who was always in the band, drummer Bill Ward. That had to leave for health reasons  (because of alcohol) and for personal reasons (loss of his parents). Ozzy’s departure was an important influence on Ward’s decision. The one chosen to replace Ward on drums was Vinny Appice. His first job with the band was the song “The Mob Rules” which was also chosen to be the name of the new album, and his first single.

The album was recorded, like its previous one, in “Record Plant”, in Los Angeles. It was produced by Martin Birch. The illustrations were done by Greg Hildebrandt and the credits were split between Dio / Iommi / Butler. Also, all the lyrics credits went to Dio again. Dio showed some of his romanticism in songs like “Country Girl”, “Slipping Away” and “Over and Over”. The album begins with a fast and powerful track “Turn Up The Night” ‘. Which was the obvious choice for a second single, which was released on February 27, 1982. In addition, it had “Voodooo”, “The Sing Of The Southern Cross “,” E5150 “‘and” The Mob Rules “were chosen for the new set list, which later would result in the live album Live Evil.