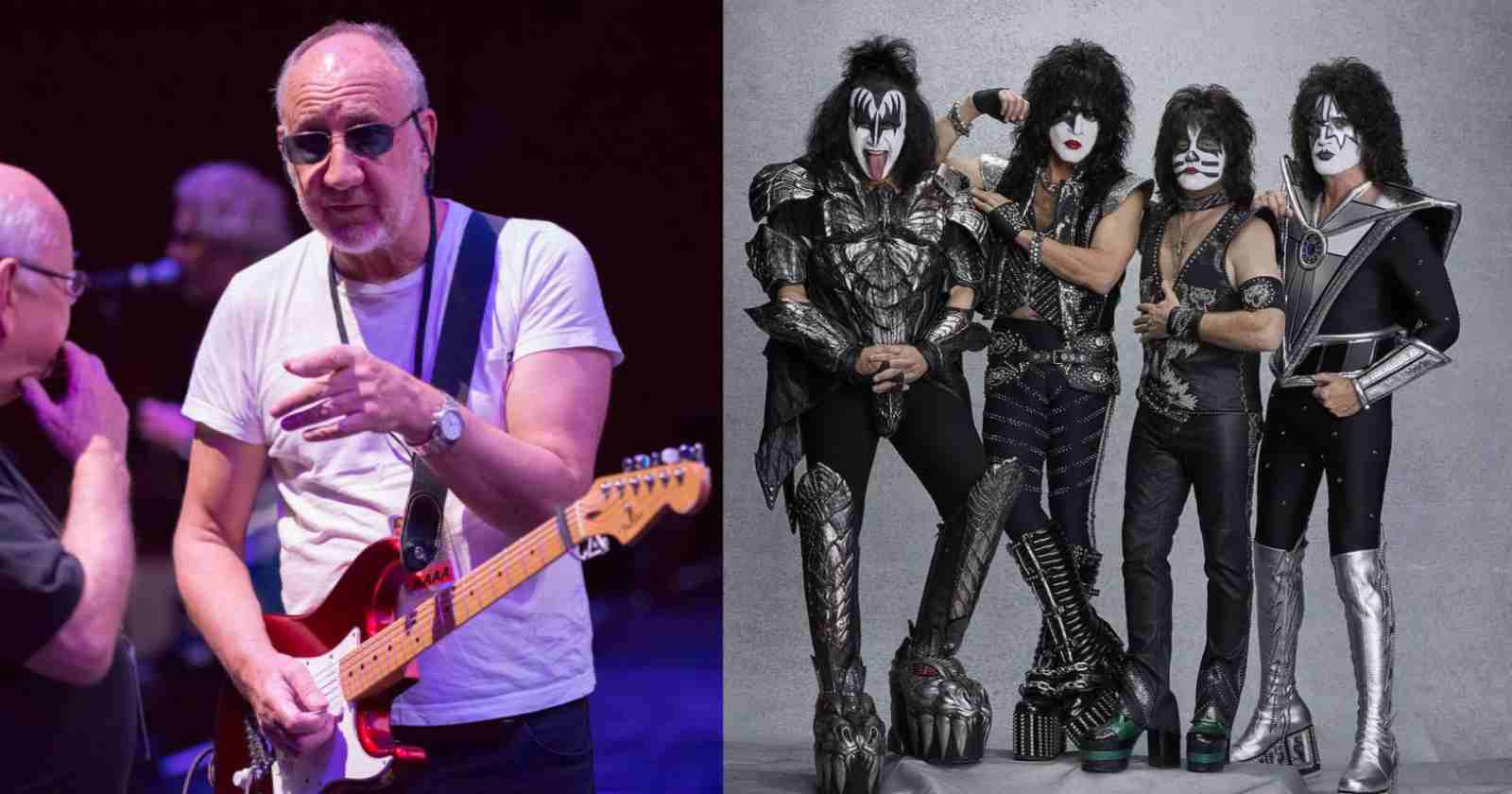 Kiss is one of the most successful bands of all time that sold more than 75 million records worldwide and inspired a whole generation of musicians. Over the decades many musicians gave their opinions on the group led by Paul Stanley and Gene Simmons. One of them is the legendary The Who guitarist and main lyricist Pete Townshend.

Kiss uses a snippet of ‘Won’t Get Fooled Again’ in the middle of the live version of ‘Lick It Up’.

What is Pete Townshend’s opinion on Kiss

Pete Townshend talked about Kiss in an interview with Hazy Rock back in 2014 and explained why in his opinion the ‘phenomenon’ that the group is would never happen in the United Kingdom: “One thing that Kiss are absolutely, unquestionably not — in any sense, whatsoever — is European or English. They are straight out of Creem magazine meets Las Vegas. Or New Orleans, even. There is a bit of New Orleans in it, a very American, kind of Mardi Gras thing.”

“The early years of Kiss were difficult, because there was sort of a parody of rock inherent in what they were doing. Also, that business of wearing disguises. Not quite sure about it. You know, I think I’d have to do an academic study to try and work out what’s really doing on there.”

In an interview in 2021 with Kyle Meredith (Transcribed by Ultimate Guitar), Kiss bassist and singer Gene Simmons explained how The Who influenced them and also said that they knew how to deliver a real show: ” “Of course, we were influenced, you can’t be here without those who have gone before. So you’ve got a point to the greats that came before you – Jimi Hendrix, and so on. Whenever you see Jimi Hendrix footage, the classic stuff is him on the floor, on top of his guitar lighting it on fire, or Townshend smashing his guitar, and all that stuff. It’s showmanship, stagecraft.

“Sadly a lot of great very, very talented musicians and singers stand up on stage with a microphone all by themselves. It’s like, ‘Give me a show! At least give me lights! Give me something!’ You’re paying so much money for a ticket and you’ve got to be cognizant of that fact. There I go with another big word like ‘gymnasium.'”

“The main issue for me has always been – I was so disappointed growing up with seeing bands whose music I loved, I loved Sly & The Family Stone, and The Lovin’ Spoonful and all kinds of bands that came before, but it wasn’t until I saw The Who and the English bands, especially The Who and a few others that understood – there were smoke bombs.”

“Townshend was smashing his guitar, and Roger Daltrey, who’s become my friend, is twirling his microphone, and all that. You go away not just remembering the sound but also what you saw. It’s audio and visual, it’s both. So when you’re at home or in your car, it’s just your ear that gets tickled. But when you go to a live event, you got to tickle the orbs. You got to give them something they’ll remember, and the lights…I mean, we have more firepower on that stage than some third-world countries. And I mean that the very nicest way.”