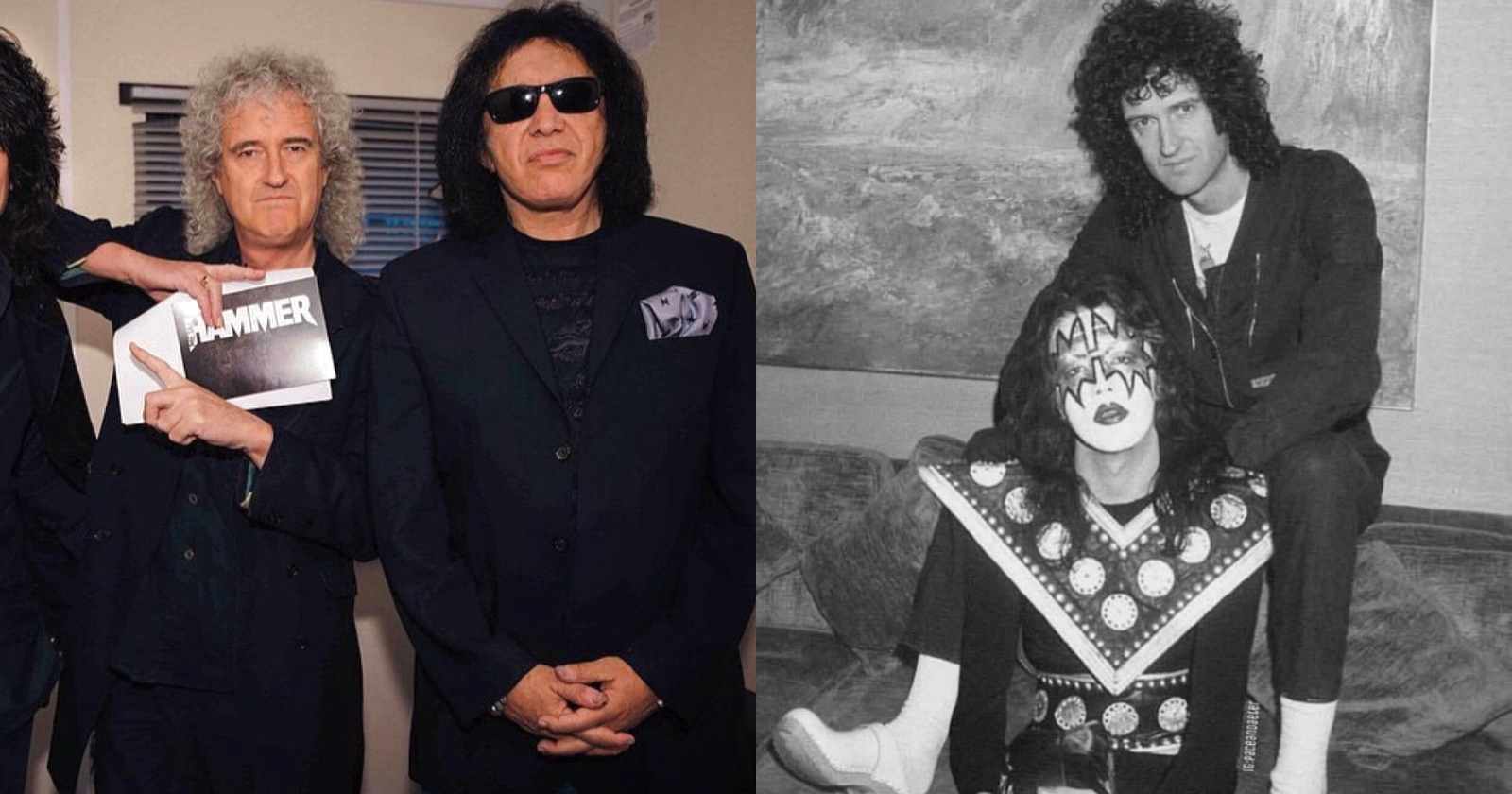 Kiss is one of the most successful Hard Rock bands of all time with many fans around the world. Many of them are other famous musicians like Queen guitarist Brian May. In an interview with Classic Rock magazine back in 2015, Paul Stanley explained the meaning of “Crazy, Crazy Nights” and said why it is Brian May’s favorite Kiss track.

“It’s a simple, celebratory song. One of my issues with an album like Carnival of Souls was the idea that we needed to do an album that was kinda morose and down: I was thinking ‘What do we have to be morose or down about? We’re wealthy, we’re happy, we’re healthy…we’re in Kiss!’ So, Crazy Nights is a celebration, a song about standing up for who you are, and understanding that you’re not alone, that there are many like you.”

“We played a TV show a number of years ago with Queen and Brian [May] came over and said ‘Are you going to play Crazy Crazy Nights? Because that’s my favourite song.’ That was very funny to hear from him. It’s a good song, a proud song. There’s a difference between trying to be anthemic and pandering, and I don’t think Kiss ever try to ingratiate ourselves.”

In an exercpt of the book “KISS Behind The Mask again“, Brian May talked about Kiss, saying he likes them a lot:

“I like KISS a lot. Queen were often compared to KISS at the time. We were sort of counterparts. They were the American version and we were the English version. I think we went into it with slightly different ideas. KISS came more from a presentation view to begin with and moved more toward the musical. I think we probably started in the musical and worked more toward the presentation. I have a great regard for KISS ’cause it’s all-out. They just had their vision, they had their dream, and they damn well went for it.”

Formed in 1973 in New York City by Paul Stanley, Ace Frehley, Gene Simmons and Peter Criss, Kiss became one of the biggest Hard Rock bands of all time not only for their music but for their image, with each member painting their faces with a different character.

Kiss was strongly influenced by Alice Cooper and the New York Dolls, while Gene Simmons has stated that the band’s “musical heart and soul lies in England”, especially in the Glam Rock band Slade.

They sold more than 75 million records all over the world.