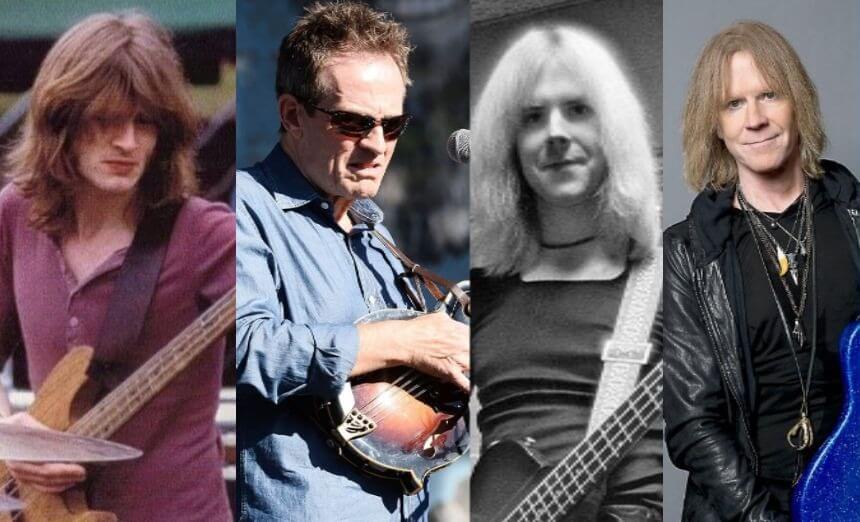 Bell-bottom pants, Long hair and mustaches/beards. The members of the hard rock bands of the 70s had these looks. It was the beginning of this powerful rock and roll subgenre. Many bassists that became famous at that time are still active today. However, their look has changed a little bit.

How Hard Rock bassists from the 70’s look like nowadays 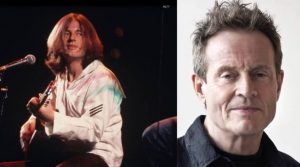 John Paul Jones was born in Sidcup, January 3, 1946. The British multi-instrumentalist, bassist and keyboardist is known for being one of the members of Led Zeppelin. Since the end of the band, Jones has been developing a solo career. He also plays guitar, mandolin, koto, harmonica and ukulele. 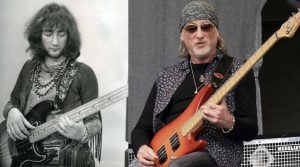 Roger Glover was born in Brecon, November 30, 1945. He is one the most famous Hard Rock bassists of all time and is known for his work with Deep Purple and Rainbow. Roger is also a producer. 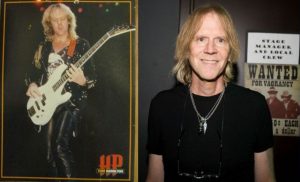 Tom Hamilton was born in Colorado Springs, December 31, 1951. The American musician is known for being the bass player for Aerosmith. Tom is the only bass player the group has had and is part of the band since its formation in 1970. 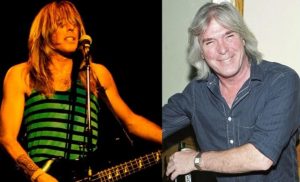 Clifford Williams was born December 14, 1949. The British bassist is a member of AC/DC since 1977. He started his musical career in 1967 and previously belonged to the British bands Home and Bandit. His first studio album with AC/DC was Powerage from 1978.

He was introduced to the group at the Rock and Roll Hall of Fame in the United States in 2003. His musical style is known for basic bass lines that follow the rhythm of the guitar; his technique is centered on downpicking with occasional use of pizzicato. 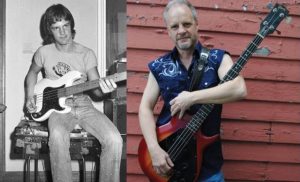 Mark Evans was born in March 2, 1956 in Melbourne, Victoria. The Australian bassist is best known as one of  AC/DC. He was on five albums of the group between 1975 and 1977. Mark left the band due to disagreements with guitarist Angus Young. After leaving, bassist Cliff Williams replaced him, and played with the group until 2016.

Mark also played in other bands, such as Finch (also known as Contraband), Cheetah, Swanee, Heaven and The Party Boys. In September 2017, Mark Evans was announced as the new bassist for the popular Australian band Rose Tattoo. 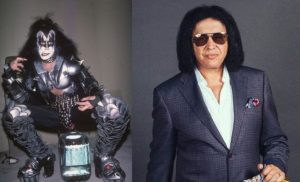 Gene Simmons was born in Tirat Carmel, Israel in August 25, 1949. He is the vocalist, bassist and founder of Kiss. Also known as “The Demon” along with fellow vocalist Paul Stanley, Simmons is the only remaining member of the original lineup of the band. Both of them participated in all of the band’s albums. Contrary to many rock personalities, Simmons claims “he has never taken drugs, never smoked or never drunk too much alcohol in his life.” 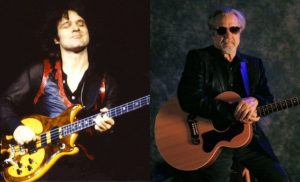 Joe Bouchard was born in Watertown, New York, 9 November 1948. He was the bassist for Blue Öyster Cult during their most successful period. He recored with the band albums like: ” Tyranny and Mutation”, “Secret Treaties”, “On Your Feet or on Your Knees”, “Agents of Fortune”, “Spectres”, “Some Enchanted Evening”, “Mirrors”, “Cultösaurus Erectus” and more. 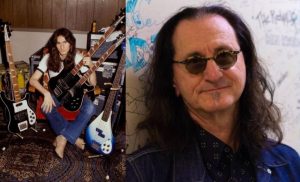 Geddy Lee was born in Toronto, July 29, 1953 and is considered one of the best bassists of all time. He is known for being one of the members of Rush. He earned the nickname “Geddy” from a friend at age 12. This is because, as a Polish Jew, her mother pronounced her name with a very heavy accent.

Together with Alex Lifeson, he composed most of the band’s songs, while Neil Peart traditionally took care of the lyrics). As a vocalist, he is characterized by his peculiar nasal tone, more acute and aggressive in the first Rush albums and a little more full in the most recent albums. 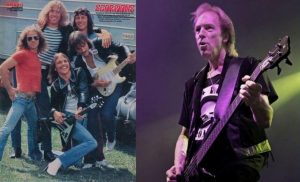 Francis Buchholz was born in Hanover, February 19, 1954. and Scorpions‘ ex-bassist. Him and Uli Jon Roth were looking for musicians to form a band and ended up meeting guitarist Rudolf Schenker, who was looking for a bassist and a solo guitarist, so Rudolf invites them to join the Scorpions.

He entered replacing bassist Lothar Heimberg in 1974, and debuted with the album “Fly to the Rainbow”. And remained in the band after Uli Jon Roth left in 1978, recording great Hard Rock classics like the albums “Love At First Sting “and” Crazy World “containing hits like” Still Loving You “and” Wind Of Change “. He left the Scorpions in 1992. 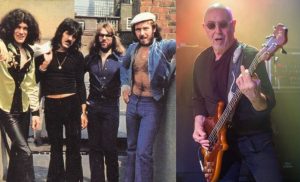 Pete Agnew was born September 14, 1946. The Scottish bassist is known for his work with Hard Rock band Nazareth. He is the last founding member still performing with the band, which released its first album in 1971.

Agnew formed a rock combo called the Shadettes in 1961, performing for eight years as the band’s rhythm guitarist. In 1969 the band needed a new bassist. He once said “I never even wanted to play the bass (laughter). The only reason why I started playing the bass was because there was nobody in Dunfermline who could do it (laughter).”

He is the father of Lee Agnew, drummer for Nazareth since the death of the original drummer Darrell Sweet, who died in 1999. Two other sons, Stevie and Chris, are musicians. 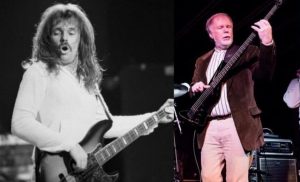 Fran Sheehan was born in March 26, 1949 and is best known for being the bass player in the early incarnation of the rock band Boston. Sheehan was perhaps the most experienced musician in the original lineup of Boston. He had been playing with his dad since he was 5 years old and majored in vocals at the New England Conservatory of Music. He dropped out of school to pursue a professional musical career.

Sheehan met Sib Hashian and that led to his role playing bass in Boston shortly after the band signed a recording contract in 1976. Following the departure of several other original members of the Boston line-up, Sheehan was let go from the band midway through the sessions for Boston’s Third Stage album in the early 80s  Sheehan had to stop playing bass professionally temporarily after he injured his hand in a biking accident. However, he has recovered and still plays professionally. 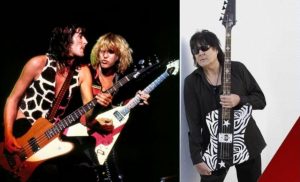 Pete Way was born August 7, 1951, in Enfield, Middlesex. He was UFO‘s bassist also playing with Waysted, Fastway and Ozzy Osbourne. Way began his career as a studio musician for many artists. He played in bands with friends from high school and later created a band with friends Phil Mogg, Andy Parker and Mick Bolton. This became the original UFO lineup. After two albums with the original guitarist, the band recruited guitarist Michael Schenker from Scorpions. Later, the band signed with guitarist / keyboardist and longtime friend Paul Raymond.

Unhappy with the more melodic direction of the UFO in the early eighties, Pete left the UFO to form Fastway with former Motorhead guitarist “Fast” Eddie Clarke. 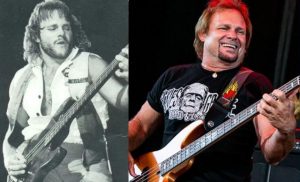 Michael Anthony was born in Chicago, June 20, 1954. He is best known as a bassist for the hard rock band, Van Halen. He remained in the group from 1974 to 2005. After that he participates on Sammy Hagar’s solo tour, also being on the supergroups Chickenfoot and The Circle, both with Hagar.