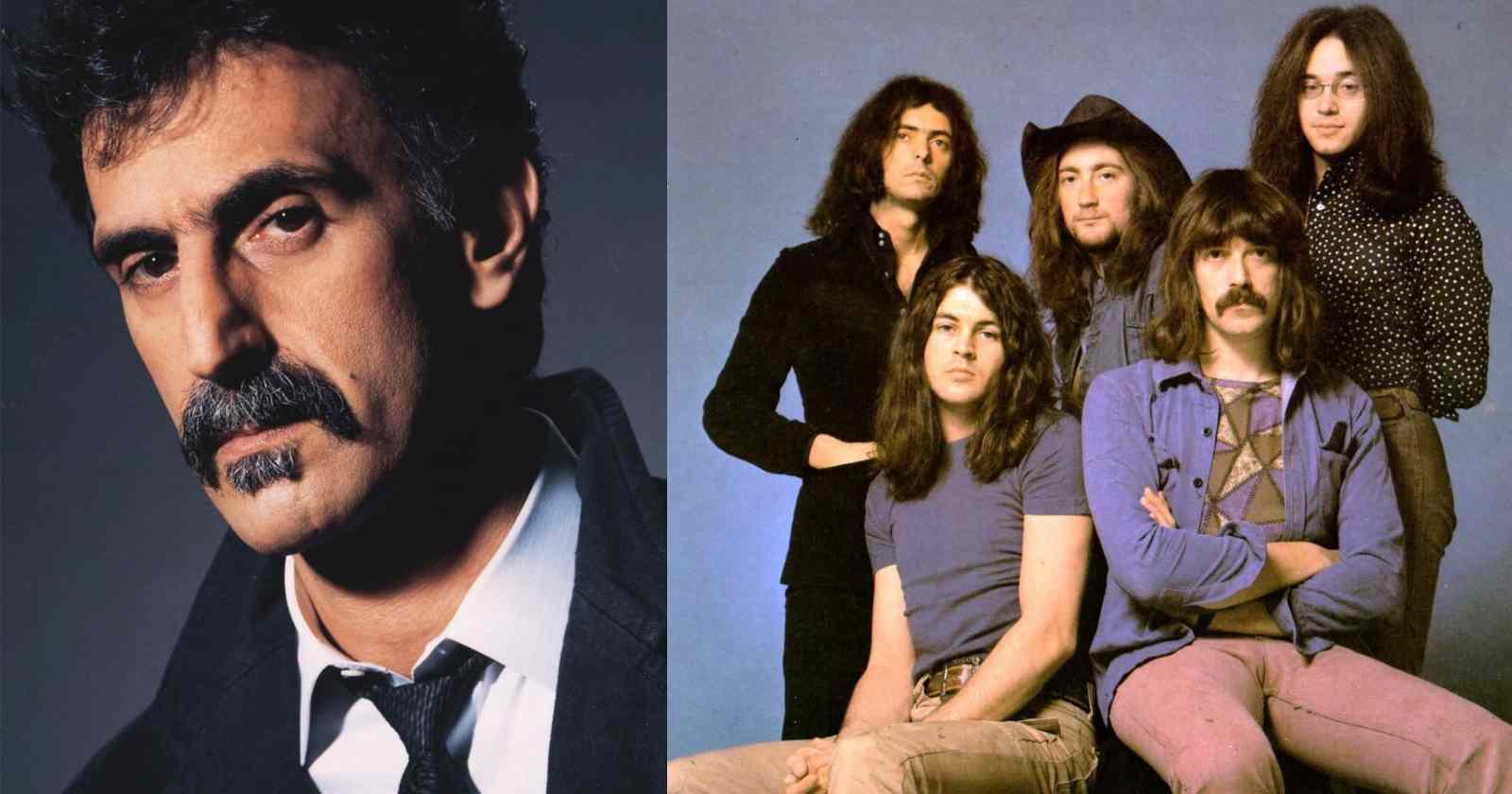 Images from Jazz From Hell album and Deep Purple's promo

In an interview with Madhouse magazine back in 1988, Frank Zappa talked about the Deep Purple hit song and recalled that day at the Montreux Casino.

So the last time I saw you was 1971 in Montreux, Switzerland. When that dummy with a flare gun burned the place to the ground.

“That was wild. Was that you running out screaming and pushing old ladies and little children to the ground to escape? It was a bad scene but at least Deep Purple got a hit song out of the deal. Those sons of bitches owe me some money.”

You seem to have had a lot of trouble with the fans back then. The same week as the fire in Montreux, Some guy pushed you off the stage as well.

“Yes the band thought I was dead…My head was over on my shoulder, and my neck was bent like it was broken. I had a gash in my chin, a hole in the back of my head, a broken rib, and a fractured leg. One arm was paralyzed. The 15-foot fall also crushed my larynx. One leg healed an inch shorter than the other. I walked in a circle for a few months.”

“He said he pushed me because he wanted me to play Peaches en Regalia and his girlfriend was in love with me and his dog told him to do it. The crew caught him, beat him and sodomized him and held him for police. He spent 12 minths in jail and later became a US Senator.”