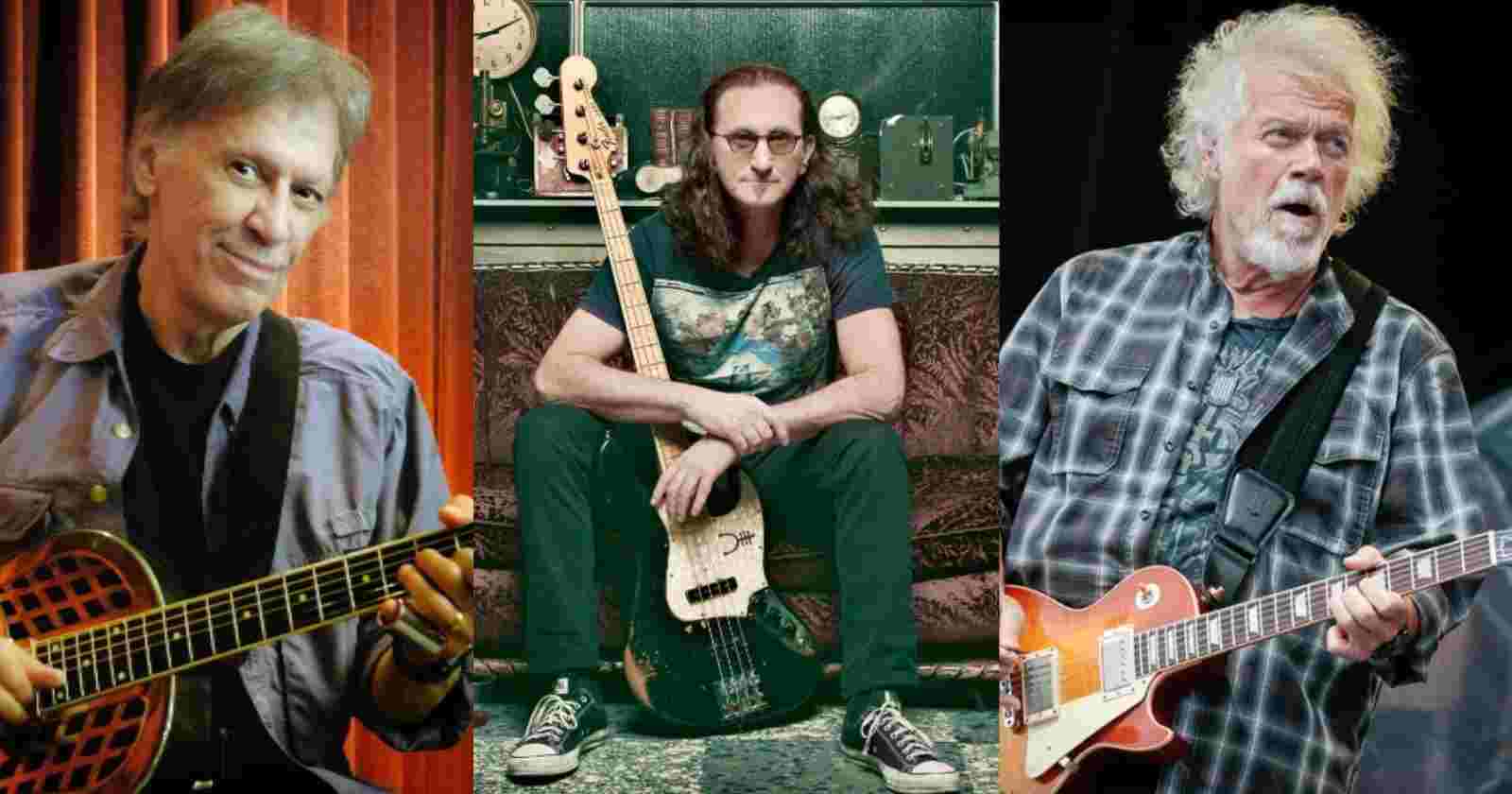 Most part of the legendary Rock bands are from the United States and United Kingdom that had very strong scenes since the 50’s. However, there are also many amazing Canadian bands. The North-American country was the birthplace of many amazing musicians that sold millions of albums all over the world.

The 5 best Canadian rock bands of all time:

Rush was formed in August 1968 in the city of Toronto, Ontario. The classic and most famous line-up of the band consisted of bassist, keyboardist and main vocalist Geddy Lee, guitarist and backing vocal Alex Lifeson and drummer, percussionist and lyricist Neil Peart. The band’s original line-up went through some modifications between 1968 and 1974, reaching its definitive line-up with Peart in July 1974, two weeks before the first tour in the United States, due to health problems of John Rutsey, the band’s former drummer.

In 1965 John Kay joined the Sparrows, a popular Canadian band, and was followed by Goldy McJohn. The group eventually broke up and in late 1967, Gabriel Mekler urged Kay to re-form the Sparrows and suggested the name change to Steppenwolf, inspired by Hermann Hesse’s 1927 novel of the same name. Steppenwolf’s first two singles were “A Girl I Knew” and “Sookie Sookie”.

The band finally rocketed to worldwide fame after their third single, “Born to Be Wild”, was released in 1968, as well as their version of Hoyt Axton’s “The Pusher”. Both of these tunes were used prominently in the 1969 counterculture cult Dennis Hopper film Easy Rider.

Triumph was successful from the mid-1970s to the late 1980s and started their career by doing small shows and performances in their hometown, Toronto. It was formed by Gil Moore, drummer and vocalist, Mike Levine, bassist and keyboardist, and Rik Emmett, guitarist, vocalist and composer.

The trio formed in 1975, often compared to Rush for their musical style. Gil Moore once defined the band’s sound as a mix of Emerson Lake & Palmer with The Who.

The Guess Who was formed in 1962 in Winnipeg. They were the first Canadian group to have a song at the top of the United States music chart, with several hits in the late 1960s, such as “American Woman”, “These Eyes” and “Share the Land”.

The band has its roots in the group Al And The Silverstones, formed in 1959, from which singer Chad Allan and guitarist Randy Bachman left to form The Guess Who. The other members of the original lineup were Garry Peterson (drums) and Jim Kalle (low). Before they became famous, Chad Allan left to go to college and was replaced by Burton Cummings, who was also a keyboard player and imitated Jim Morrison’s style.

Between 1967 and 1968, they released a dozen compacts, the best selling These Eyes. The fourth LP, Wheatfield Soul (1968), which featured the song “These Eyes” by Burton Cummings, earned them international success. In 1970 they would launch the LP. American Womam again consecrated worldwide.

The following year, however, composer Randy Bachman left the group for health reasons. Shortly after creating the group Bachman-Turner Overdrive alongside Chad Allan. The two sets ended up becoming rivals and Guess Who never ended but suffered several changes in their formation.

Bachman-Turner Overdrive (also known as BTO) is a Canadian rock group from Winnipeg, Manitoba. The Bachman family name is pronounced “back-man”, a pronunciation that the band itself uses.

Brave Belt was the precursor to BTO, formed in 1971 by Randy Bachman and Chad Allan, both former members of The Guess Who, and drummer Robin “Robbie” Bachman. Essentially, Randy was producing the album for Allan; he and Robbie provided much of the instrumental work. When asked by the label for a tour, Randy invited his fellow bassist / vocalist from Winnipeg C.F. “Fred” Turner to join the band’s scheduled performances.

The second album, Bachman-Turner Overdrive II, was released in December of the same year and became a chart success in the U.S. and Canada. This also yielded two of his best known singles, “Let it Ride” and “Takin’ Care of Business “. Randy had already written the scope of “Takin ‘Care of Business” eight years earlier as “White Collar Worker” while still on The Guess Who. But the band felt that that was not their type of music.

Paul McCartney recalls how he met John, George and Ringo
Carmine Appice says John Bonham was influenced by him
Advertisement
To Top