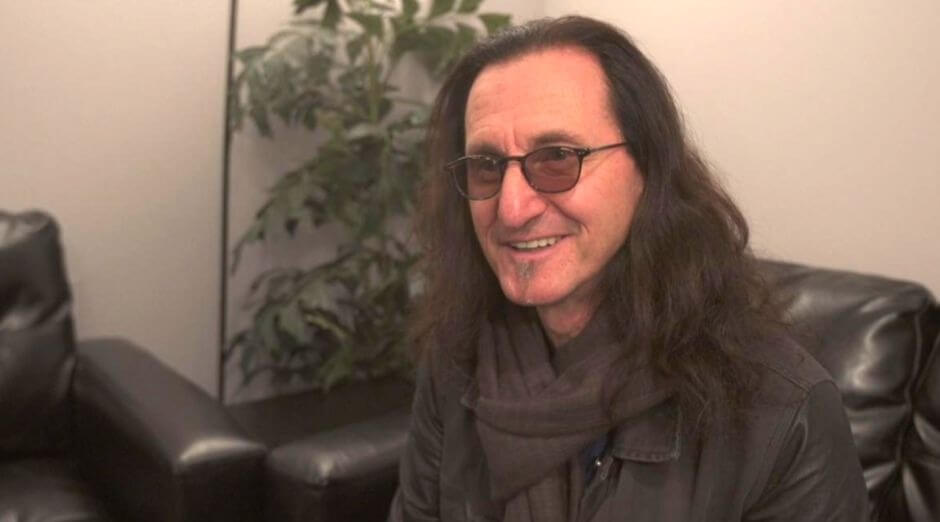 Rush is considered one of the best power trios in history. Formed by Geddy Lee, Alex Lifeson and Neil Peart the band released many classic albums and were an inspiration for many successful bands. In an interview with The Guardian back in 2018, bassist and singer Geddy Lee talked about the group’s best songs and listed his favorite ones, including one from his solo career.

The greatest Rush songs according to Geddy Lee:

“We were playing a lot of high schools. You’d pull up in Magnetawan, Ontario, set up your gear and start playing and the crowd would be looking at you to say: ‘What is this? I can’t dance to this!’ So we started by being unpopular on the high school circuit. And then, when we turned 18, we became unpopular on the bar circuit because we were too loud.”

While recording their debut album they found that the initial mixes were “wimpy and weak. When we heard it we were heartbroken.” Producer Terry Brown was hired to remix and asked the band for more songs. “One of them was Finding My Way. We played him the song, and he loved it. ‘OK, let’s record that and one other song, and we’ll remix the others. That became the record. Finding My Way became a symbol to me of saving our first album.”

To talk about 2112, Geddy Lee had to reveal how they met Neil Peart, that would become the band’s drummer.“He was one of the goofiest looking guys I’d ever seen. And he was very tall, lanky. He drove up in this little sports car, drums hanging out from every corner. And He comes in, this big goofy guy with a small drumkit, and Alex and I thought he was a hick from the country. Then he sat down behind this kit and pummelled the drums – and us. As far as I was concerned he was hired from the minute he started playing.”

“They really wanted us to be Bad Company 2 and we had loftier aspirations, so we stayed away from that and insisted on our own way of doing things. So we were prepared to go down with the ship, and we almost did.”

“So we were very, very surprised. We were influenced by Ayn Rand, yes, but to me The Fountainhead was an artistic manifesto. The whole idea of that time in our lives was that we were trying to write original material and we didn’t want to compromise. The Fountainhead gave me comfort. When that whole thing came out in the press it seemed to take an odd political bent to it, which wasn’t really where we were at.”

“That was a song where I would have to say our ideas exceeded our ability to play them. We thought: ‘We’re going to write this long piece and then we’ll just record it live off the floor and boom!’ But it was really difficult. It was beyond us. I included it here because it surprised me how popular that song was among our fans. They just love it when we go into that crazy mode. Yes, it is an indulgence, but it seemed to be a pivotal moment for us in creating a fanbase that wanted us to be that way.”

The musician didn’t want to include “Tom Sawyer” on the list, he said: “But how could I not? It changed our lives.” He told the story of the song in the movie I Love You, Man, where the song was the central role as the glue that binds Jason Segel and Paul Rudd. “When [the director] John Hamburg approached us about it, our instincts were to say no. But we were going through a phase where we decided to take the George Costanza approach to our career. We decided that anything we were going to say no to instinctively, we would now say yes to. It served us very well.”

About Neil Peart writing almost all the lyrics of the band, Lee said: “It has felt odd at times. It has felt very comfortable at times, at times very uncomfortable. Being an interpreter for Neil has been a singular pleasure of mine and a really difficult job at the same time, because I’m not always on the same page as him. As we grew as a band, I became trusted by him to be his sounding board and his editor, and if I couldn’t get into a thing, he would leave it alone. That’s the beauty of a relationship that lasts.”

“Alex was driving at that point and he made it very clear we were drowning under a synthy noise and he wanted the guitar to return to its rightful position. That’s fine. It unburdened me in a way. I accepted that maybe I had taken it a bridge too far. And I think as our relationship evolved, Alex became more of the guy to convince, and Neil and I relaxed into our roles. I just realised that.”

“So rhythmically relaxed. It was really a way of calming down. Rush has a tendency to play very hyper, very fast. We were just not very good at playing in a relaxed state. Roll the Bones was our answer to that.”

1997 and 1998, Neil Peart lost his daughter (car accident) and partner (cancer) and the band had pause their activities. Geddy Lee thought it was the end of Rush and recorded a solo album. “After a couple of years I found solace in working and writing. I really did obsess over it and bury myself in it. Neil was so powerfully running away from all that pain that it was understandable to me if he didn’t want to return to the things that reminded him of the life that had been stolen from him. I didn’t think he would return, so this was a saviour for me.”

He found that while recording with young musicians such as Soundgarden’s Matt Cameron that Rush was a loved band. “I wasn’t used to that. All the local Seattle musicians of the time dropped by to say hi. They wanted to pay their respects, and I didn’t realise that I was iconic to them and the music they’d grown up with. So having grown up with no real music scene and no interaction with other musicians, to suddenly be in the middle of a thriving musical community was very good for me. I enjoyed the hell out of that experience.”

After Neil Peart was back on the band they recorded three more albums and Geddy Lee chose a song from a concept album and explained why any of them makes sense: “Not really. Barely. I grew up listening to Yes. And I still can’t tell you what any of those records are about, honestly. I don’t think it matters, because the music and the lyrics create a sound, and that gives you a picture of a meaning. Sometimes that’s enough to make you love it.”

“I liked the concept of that record and I do believe it’s our best work. It was a tough record to make lyrically, getting it down to something that Alex and I could live with, that told enough of the story to satisfy Neil’s concept. There’s something about Headlong Flight that’s almost about the history of my band to me. It’s autobiographical in a way. Forty years into this career, and it goes by like that. The sentiment in that song is ‘I wish I could do it all again,’ and it’s true.”

“It was my favourite song to play every night, and that’s why I wanted to include the live version.” It was also the final song Rush played at their last show, on 1 August 2015. Did Lee know at the time that was the end? “Not 100%. Neil was pretty adamant it was, and he played it like it was going to be the final show. And that’s why he actually left the drum throne and came out and gave us a hug on stage, which he swore he would never do.”

“I guess I was a bit of an optimist. But nope. I think Alex accepted it more as the end. I thought we really killed it that night, but it was hard to tell because it got really emotional in the last 20 minutes. Also that’s the first time I ever got choked up at a microphone. So I guess a part of me knew.

“I miss playing with Rush. But I don’t miss travelling with Rush. I miss being on stage with those guys because it was a singular honour to me. I’m sure I will play live again one day, but it will never replace that intensity of what a three-hour Rush show was like to perform: it challenged me to my max and that’s rare in this life.”