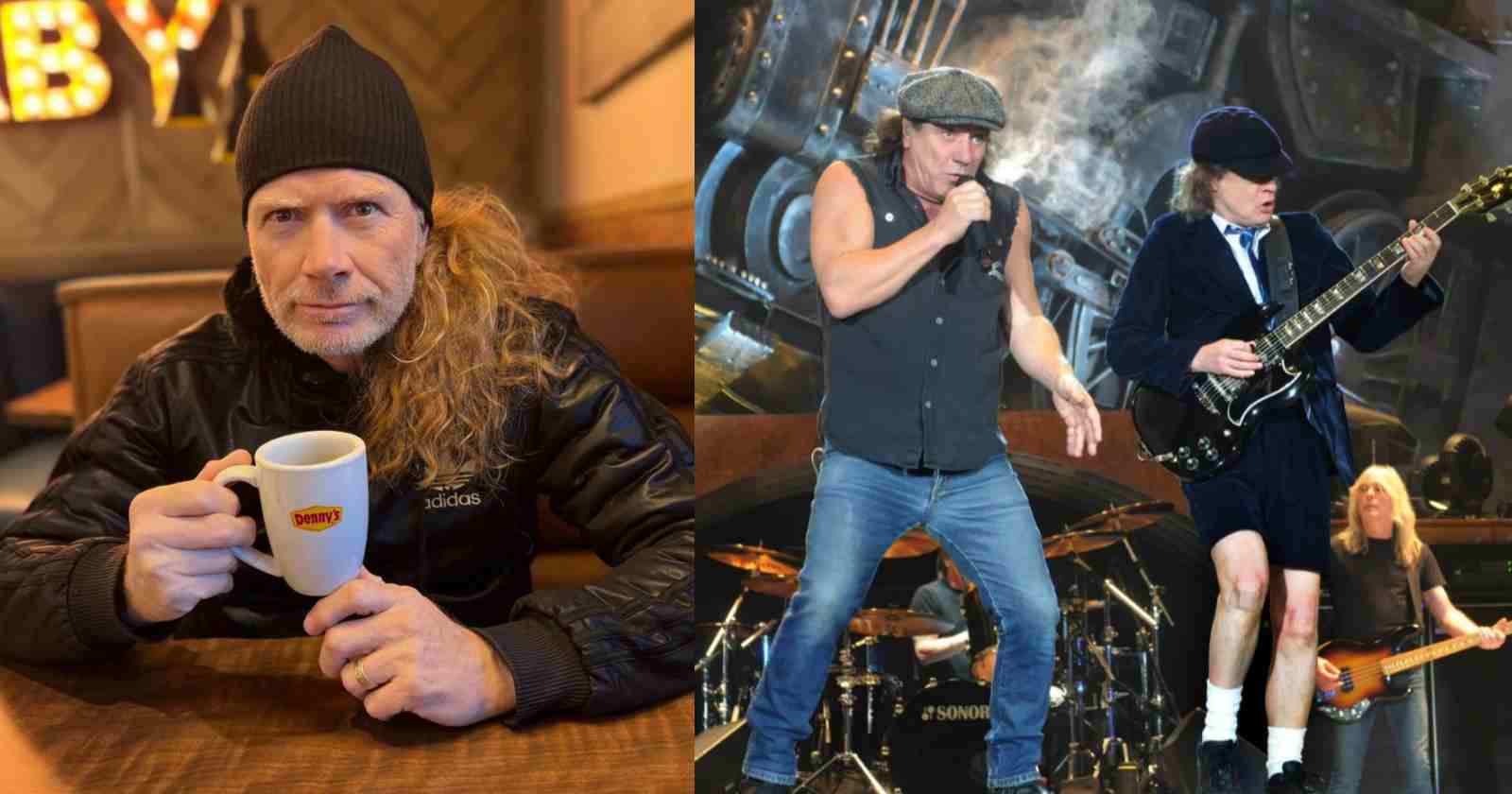 Formed by the brothers Malcolm and Angus Young in Sydney, Australia back in 1974, AC/DC became one of the most influential Hard Rock bands in the history of music and also one of the most successful. They have sold an estimated amount of more than 200 million records worldwide. Over the decades many famous musicians talked about the band and one of them was the Megadeth guitarist and vocalist Dave Mustaine.

The American musician listed in an interview with Rolling Stone back in 2017 two of his favorite AC/DC songs and Rock and Roll Garage gathered what the musician said about the band during his career.

The 2 AC/DC riffs that Dave Mustaine listed as favorites

“Walk All Over You”

“Walk All Over You” is the third track of AC/DC’s “Highway To Hell”, their second best-selling album and the last one to feature the classic vocalist Bon Scott, who tragically died one year later at the age of 33. Mustaine said in an interview with Guitar World back in 2014 that the singer was a hero to him, besides Malcolm and Angus, because he was singing about sex, misfortunes and drugs, something that was a part of his life when he was young and almost no one else was singing about it.

Back in 2015 when Megadeth was touring in Australia, Mustaine and his bandmates visited Bon Scott’s grave and he broadcasted the visit on Periscope, Twitter’s live streaming tool. At the time the musician touched the grave and said “God, I love you dude! (He’s) Rock and Roll royalty”.

Mustaine never had the chance to meet Scott but he had the privelege to meet AC/DC when Megadeth supported the band on their “Stiff Upper Lip” tour at a couple of festivals in Berlin and Hannover, Germany in June of 2001.

Mustaine talked in a conversation with Rock Cellar Magazine back in 2014 about the Hard Rock group and explained what makes them so great. “AC/DC, I really liked the way it was simple, rock music with a solid rhythm structure. Incredibly, my favorite part about AC/DC isn’t Angus Young’s solos as much as it is Malcom’s rhythm playing.

“Some bands rely on the bass and drums. Others let the lead guitar carry the weight of the songs and stuff. Then there was the liberation I felt when I listened to AC/DC’s first record, Let There Be Rock. Everybody has those ‘come to Jesus’ moments with the song or band that they’re listening to, and that was just a period in my life that when the needle hit the record, and the album started with Overdose…I was like “Wow…these guys are amazing,” Dave Mustaine said.

“Kicked In The Teeth”

“Kicked In The Teeth” is the final track of their praised 1978 album “Powerage”. That record also had famous songs like “Rock N’ Roll Damnation”, “Down Payment Blues”, “Riff Raff” and “Sin City”. Besides Mustaine, other famous musicians who loved this album were the guitarists Eddie Van Halen (Van Halen), Keith Richards (Rolling Stones and Joe Perry (Aerosmith).

But Dave’s passion for AC/DC begun a little bit before “Powerage”. The first album of the group that the frontman heard was “Let There Be Rock”. He recalled in an interview with Vinyl Writers in 2022 his reaction when he first heard the band. “I was 16 and made a living from selling dope. My Mom left me alone pretty often back then. I had to figure out for myself how to get along. One of my customers was a guy from a record store. He recommended Let There Be Rock to me. I think he even partly paid for his drugs with it that day. Back home, I put on the album and after 30 seconds I knew that my life had changed forever.”

“I looked right into the soul of the rhythm guitar. It was truly a sexual experience. “Let There be Rock”, the title song, felt like an orgasm. And in terms of sex things really went uphill for me in the time after. I had my first serious relationship, and we had a lot of fun together- in bed, but also in general. Also, my entire circle of friends got on board and AC/DC became the soundtrack to that crazy time. When I think about it, not much has changed about that. Today, Let There Be Rock blasts from my Mercedes, but the feeling is still the same,” Dave Mustaine said.