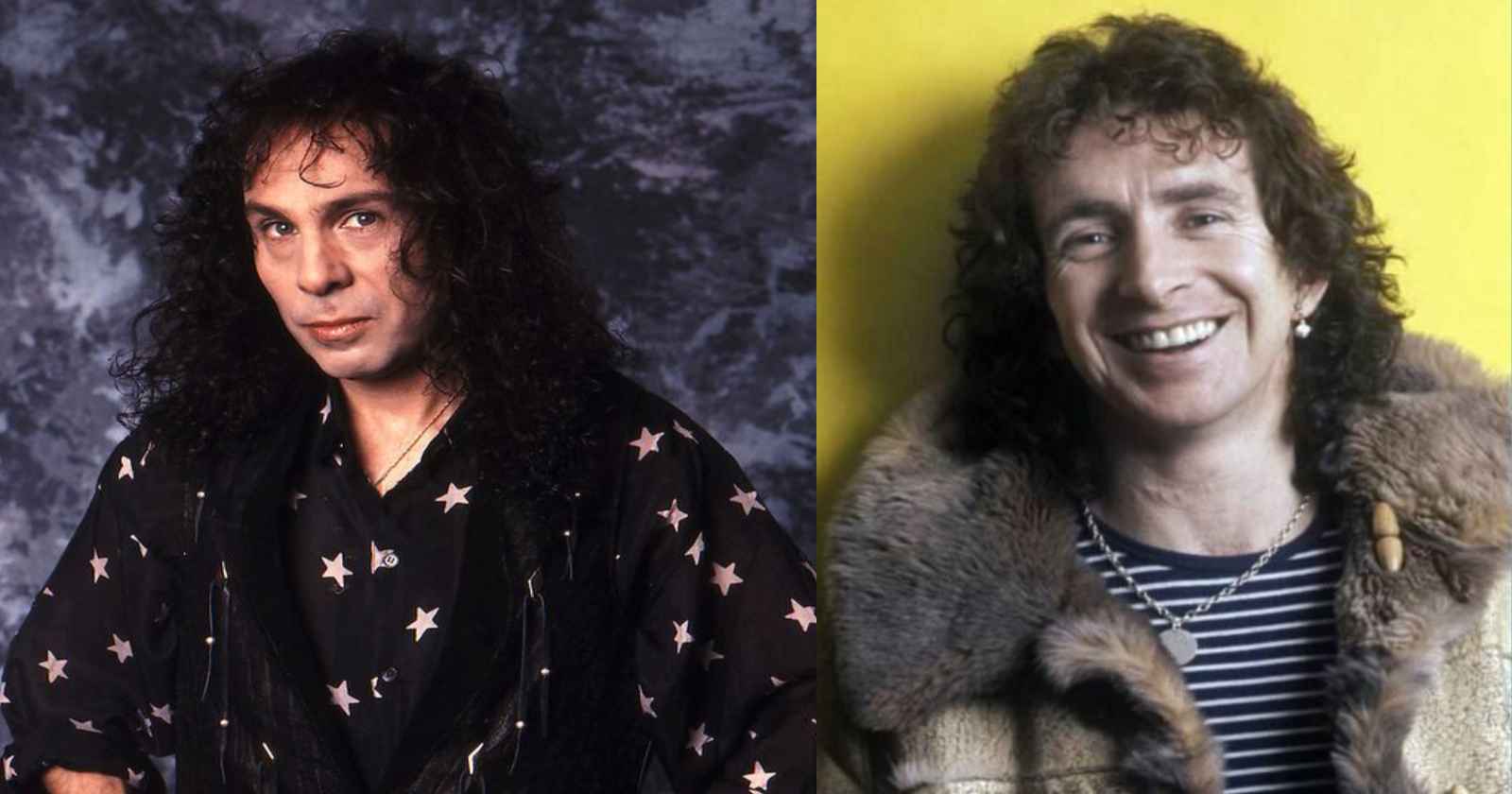 Singer Bon Scott made history with AC/DC in the 70s being part of famous records like “Highway To Hell”, “Let There Be Rock” and “High Voltage”, but died too soon at the age of 35 in 1980, being replaced by Brian Johnson. Still loved by the fans, Bon Scott remains an influence to many singers around the world and famous artists talked about him over the decades. One of them was the legendary Elf, Rainbow and Black Sabbath singer Ronnie James Dio, who gave his opinion and recalled Scott’s attitude in an interview available on Deep Purple’s official channel (Transcribed by Rock and Roll Garage).

What was Ronnie James Dio’s opinion on Bon Scott

“Bon was one of the badass people I’ve ever known in my life. He was not only badass, he was a great guy. He toured with us when I was in Rainbow, they were our opening act, AC/DC. Cozy (Powell) and I we were knocked out every night. We couldn’t wait to get ready so we could do our show after they were on. So we would be prepared so we could see their whole show. They were just unbelievable.”

“Angus Young is the hardest-working man in show business without a doubt. And Bon, there’s a man who took no crap from anybody. The stories are just legendary about the things that they had to go through in Australia too. Because in those days much like being in upstate New York, other people who were there in Australia didn’t take to well to people with long hair. Especially Rock and Roll people with long hair.”

“They did the same as us. The stories they used to tell us about to having to jump out of windows in some of the pubs that they used to play because they were attacked by Aussies there. The thing that they were doing in Australia is when a fight it’s going to happen at the bar, someone takes his glass drinks it, turns it upside down, that means ‘fight its going to start’. They see the glass and they go ‘oh, oh our turn’. They attack the band and they had to fight their way out of it.”

“Bon was one of the toughest guys I’ve ever known in my life. I’ve seen beat a few people up without any reservations at all. He had my attitude ‘don’t give me crap, I will come after you’. He would just leap into the audience and way you go. Bon was one of the ultimate badasses”.

When asked if he had an specific story about Bon, Dio replied saying that there wasn’t because he used to do it all the time: “Somebody would give him grief and he would just leap into the audience and ‘bang’, way you go. He didn’t care if he came back bloody. He didn’t care, because he grew up that way. And he had to fight for himself, he was just a fighter and great guy. One of the great losses of all time. Brilliant singer, a guy with an attitude.”

In an interview with Classic Rock back in 2007, Dio said that Brian Johnson went through the same kind of challenge he had to go through when he became Black Sabbath’s singer after Ozzy Osbourne was fired.

“You Shook Me All Night Long is the ultimate kick ass anthem. Showing how perfectly Brian Johnson made his presence known inside the band. It was a brilliant transition from the Bon Scott era to the AC/DC we know today,” Ronnie James Dio said.

Another connection between Dio and AC/DC is the English drummer Simon Wright, who was AC/DC drummer from 1983 to 1989, recording the albums “Fly On The Wall“, “Who Made Who” (Compilation album) and “Blow Up Your Video“.

The musician left the Hard Rock group to join Dio’s band in 1989 and played with the former Rainbow singer from 1989 to 1991 and from 1998 until 2010. He remains a member of Dio’s tribute group Dio Disciples and also toured with Ronnie James Dio’s hologram.