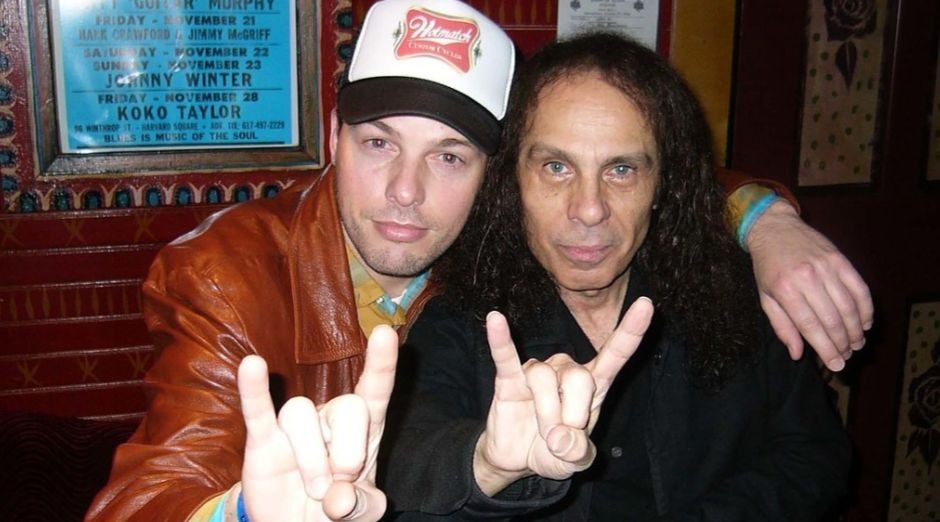 Ronnie James Dio was one of the greatest voices in rock history. And the late Black Sabbbath, Rainbow and Dio musician revealed in an interview with Rhapsody Blog back in 2009 his favorite songs of all time.

“I think Chris Cornell is such a great singer, and those guys write so well and always write well — I mean, I love what he’s done with Audioslave and the things he’s done since then. I just think it’s a great song and it’s such an unusual song from that album. They just write so differently, yet they retain the influences from the hard-rock guys and the heavy-metal people from before.”

“I think it’s a great song, I’ve always loved the song, and just because I had something to do with it doesn’t sway me; I still think it’s a great song. It was a song for its generation. There was a generation of people who remember Sabbath for the Ozzy, Tony, Bill and Geez days. Then doing this one, it captured another generation of people who had forgotten about that early Sabbath, and suddenly Black Sabbath becomes their band again. I think it was an unusual time and just a great song.”

“I’m just so glad that they came back. They hadn’t done anything in a while that really knocked my socks off, but I think that they really made a great attempt with ‘Nostradamus’ It’s hard to do a concept album and keep everything working. I’ve seen it presented live — we did a tour with them for four weeks, so we saw it all the time — but I saw them do it on the ‘Jimmy Kimmel’ show, and the production was just wonderful. The first time I had seen it from the front and not on the stage, and I just think it really worked. They’re such good friends, and I am happy for them. It’s just a cool song.”

“One of the greatest songs of all time. Of course, I played with Ritchie Blackmore for a long time, and all the guys in Purple have been my good friends for 35 years now. That record was produced by the bass player, Roger Glover, and the drummer, Ian Paice. Ritchie wrote a riff that we can all play — so simple, but it is a magnificent riff. I just think it’s one of the ultimate classic songs of all time, and when I hear it, I hark back to that time in my life — it’s important to me.”

“I thought [‘Metallica‘] was a great album, and I thought that song was especially great. I heard them venturing into another space when I heard that song. And i was very surprised. It’s just a well-played, perfect song from them at the perfect time. Everyone expected something different — or maybe they expected something the same — and they gave them something very, very different, so that’s a great song.”

“It was another one of those songs where you didn’t expect it to go where it went. I just thought it was so well written and so well performed — so different, so unusual. It’s one of the standard-bearing songs for the band; I think it will always be remembered within the same confines as ‘Paranoid’, ‘Iron Man’ and ‘War Pigs’; they just seem to go together. That was Geezer’s lyrics. They stand up because that was a protest about people who were creating war, and they’ve never heard that before. That’s a strange title, isn’t it? You just put that together and it’s so clever. Musically, it was just written so well. That’s my 10.”