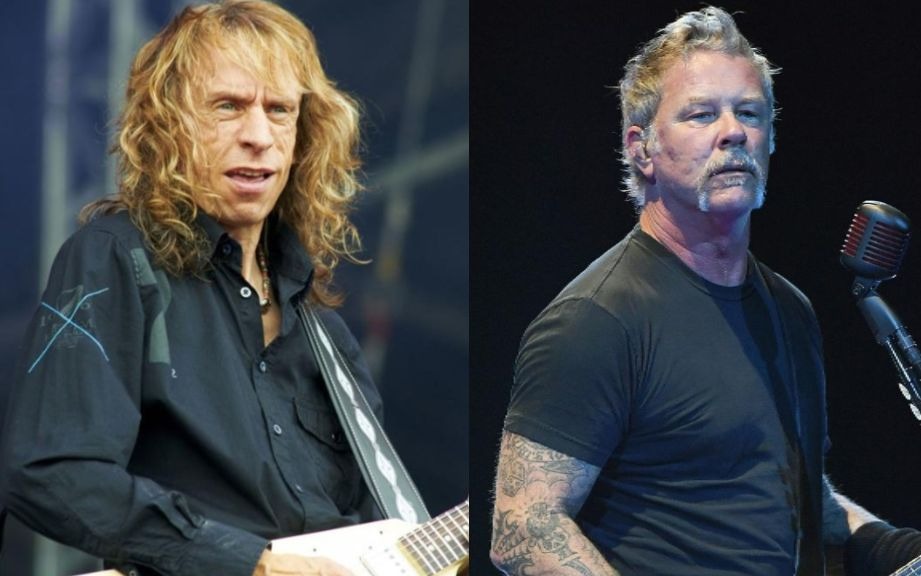 Brian Tatler, legendary Diamond Head guitarist revealed in an interview with Rock Sverige that his biggest income comes from Metallica’s royalties, after the band covered their classic song “Am I Evil”.

“I think it was the early ’90s, like, 1990, we were in the red at first with our publisher. Diamond Head didn’t sell any records so we never really recouped on our advance. We split in ’85 so there was nothing happening.

“There was a publishing issue where our old publisher had some of the songs, like, ‘It’s Electric,’ ‘Helpless,’ ‘Sucking My Love,’ etc., and it took me a bit of time to get away from him.”

“When we signed to MCA, we also signed to Zomba Publishing, and they were saying all the money was coming in, but it’s going to our management, so it wasn’t coming to me. I had to get a solicitor involved and do the homework, and in the end, they had to get Zomba to split the payments so my share would come to me, which makes perfect sense, and Sean’s [Harris, former Diamond Head singer] share to him.”

“Then it went into the black and started creeping up. Of course, they hadn’t sold that many records. In ’87, they did ‘Helpless’ on ‘Garage Days Re-Revisited.’ At one point, Lars [Ulrich] was helping me. He asked, ‘Are you getting your royalties?’ and I said, ‘No, not really.’

“And he gave me a lawyer to contact and said, ‘Speak to this guy at Elektra.’ He put me in touch with people and he was determined that I would get my due, and he did help in any way he could. It did take a bit of time, but it came eventually and it’s never stopped flowing ever since.”

He confirmed that he receives money when the band songs are performed live:

“That’s PRS [For Music], and at one point I wasn’t in PRS. I think I joined in 1988 and I should’ve joined years ago, but nobody told me about it. Our management didn’t know what it was, so I had to find out for myself really.

“Maybe I spoke to a couple of people, possibly Lars, and they said, ‘Do you remember PRS?’ and in the end, I joined myself, so the money did start flowing, yes. If Metallica performed it live at the NEC or something, then I would notice and get a statement and it would say ‘live performance.’

“It took a little bit of time for it to come through. I made it my mission in the late ’80s when Diamond Head wasn’t happening and I didn’t have much of an income.

“It’s my biggest source of income. It’s great and I don’t know what I would do without it. It gives me the freedom to do what I like. I’m very grateful.”

Vinnie Vincent says he is open to join Kiss on their farewell tour
Where is Peter Criss, former Kiss drummer
Advertisement
To Top