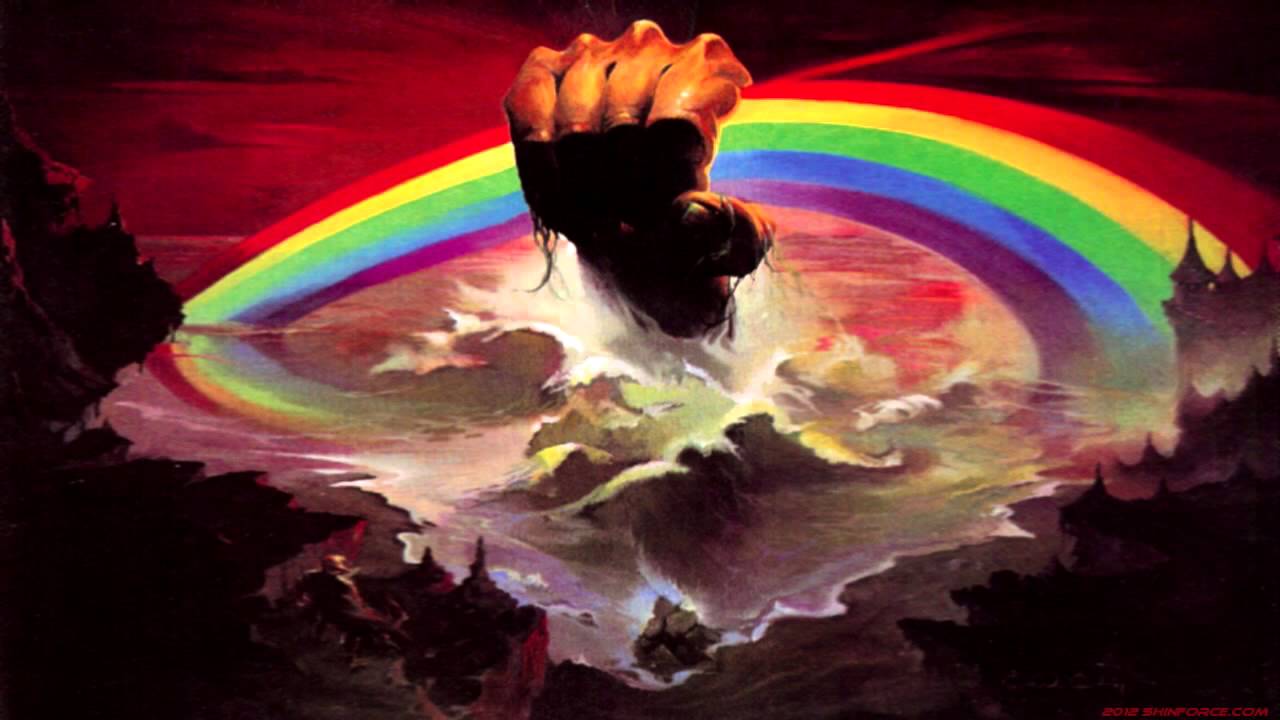 “Stargazer” is the fifth track frin Rainbow’s 1976 album Rising. An epic song narrating the story of a wizard whose attempt to fly by constructing a tower to the stars led to the enslavement of vast numbers of people, it is notable for its musical qualities as well, with the guitar and drum solos cited as important examples of the qualities of guitarist Ritchie Blackmore, singer Ronnie James Dio, and drummer Cozy Powell.

The long, epic track with symphonic influences starts with a short drum solo by Cozy Powell, a “great drumming moment” frequently cited as an example of his skills. It features the Munich Philharmonic Orchestra, a Vako Orchestron, and what Ritchie Blackmore called “a string thing all playing this half-Turkish Scale”. Blackmore’s solo, after the second verse, is in B Phrygian dominant scale, and is cited as “one of his best”.

The song has been called a “morality tale”, and its lyrics are written from the standpoint of a “slave in Egyptian times”, according to lyricist Ronnie James Dio. They relate the story of the Wizard, an astronomer who becomes “obsessed with the idea of flying” and enslaves a vast army of people to build him a tower from which he can take off and fly.

70 The people hope for the day when their misery comes to an end, building the tower in harsh conditions (“In the heat and rain, with whips and chains; /just to see him fly, too many died”). In the end, the wizard climbs to the top of the tower but, instead of flying, falls down and dies: “no sound as he falls instead of rising. / Time standing still, then there’s blood on the sand”. The next song, “A Light in the Black”, continues the story of the people who have lost all purpose after the Wizard’s death “until they see the Light in the Dark”, according to Dio.