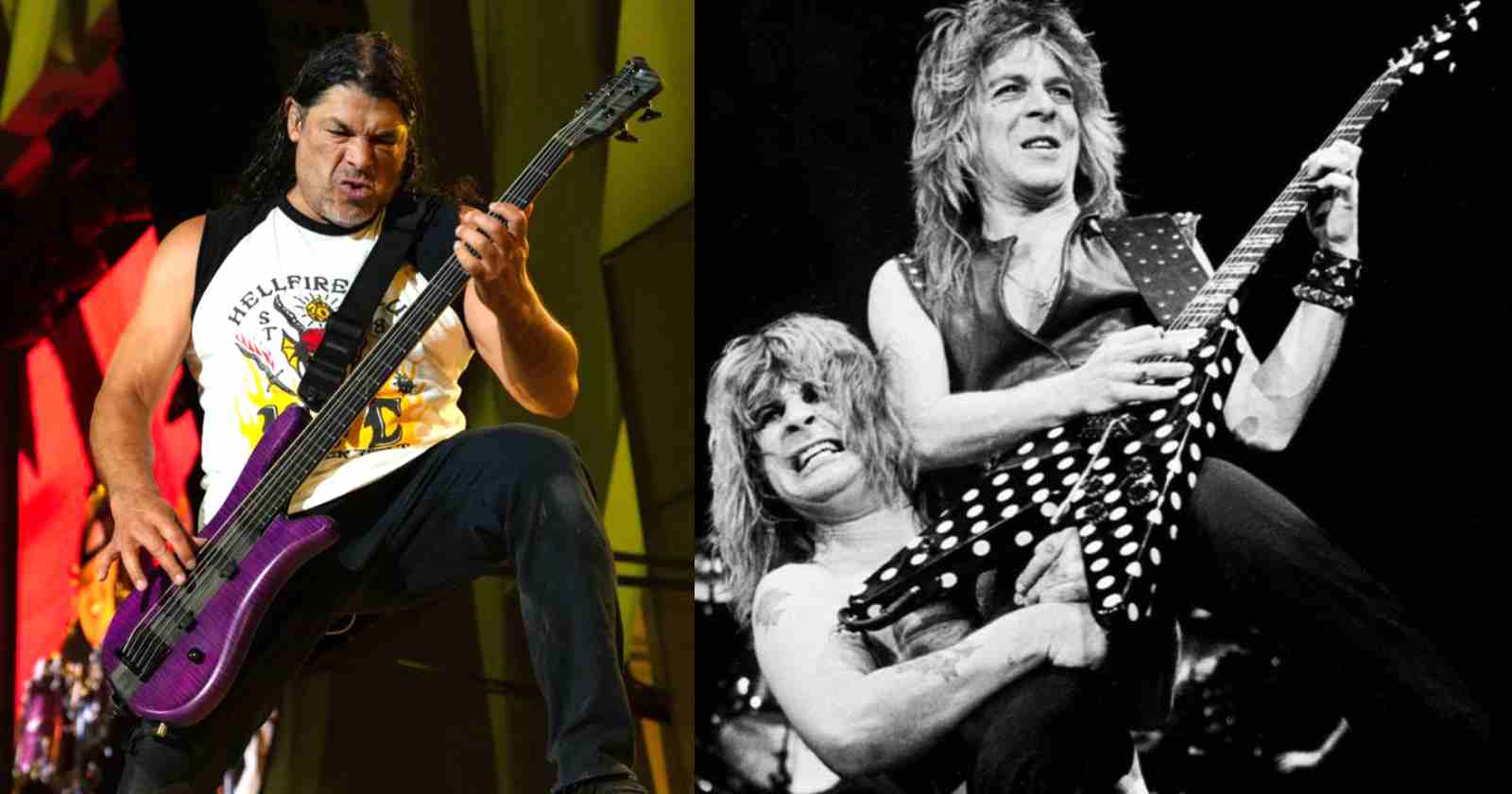 The Metallica bassist Rob Trujillo recalled in an interview with Revolver Magazine that when he was a teenager he saw the late legendary Quiet Riot and Ozzy Osbourne guitarist Randy Rhoads at a guitar store before he became a famous musician.

After being a member of Suicidal Tendencies from 1989 to 1995, Rob Trujillo joined Ozzy Osbourne’s band in 1996 and only left in 2003 when he was invited to join Metallica. The only studio album he recorded with Ozzy was “Down To Earth” (2001).

“I remember when I was a teenager being at Guitar Center. I think I had ditched school and I snuck over to Hollywood by myself. So I saw Randy. I think he was in Quiet Riot at the time. He wasn’t even in Ozzy’s band yet. There was nobody else in the store, just him and these guys that worked there handing him guitars. He was this small little skinny kind of dainty guy — and he was ripping! He seemed very shy and I went up and, you know, nerded out on him for a second, like, ‘Hey man!’ [Laughs]”

“Some of the stuff he was doing reminded me of John McLaughlin, like Mahavishnu Orchestra. In fact, if I remember correctly, I feel like he was playing the chord progression to ‘Diary of a Madman.’ And I was like, Wow. … And he looked up at me and kind of smiled. Again, he seemed very shy, but he was just ripping. I was like, Who is this guy? And then when I discovered Quiet Riot, I realized who he was … and then all of a sudden he’s the guitar player for Ozzy. And the rest is history,” Rob Trujillo said.

Trujillo curiously also revealed in the interview that the track “Diary Of A Madman” is his favorite one from Ozzy.

The musician also said that meeting your heroes at the oddest places is something that might happen often in Los Angles. He recalled in the same interview that he once saw Eddie Van Halen at the supermarket.