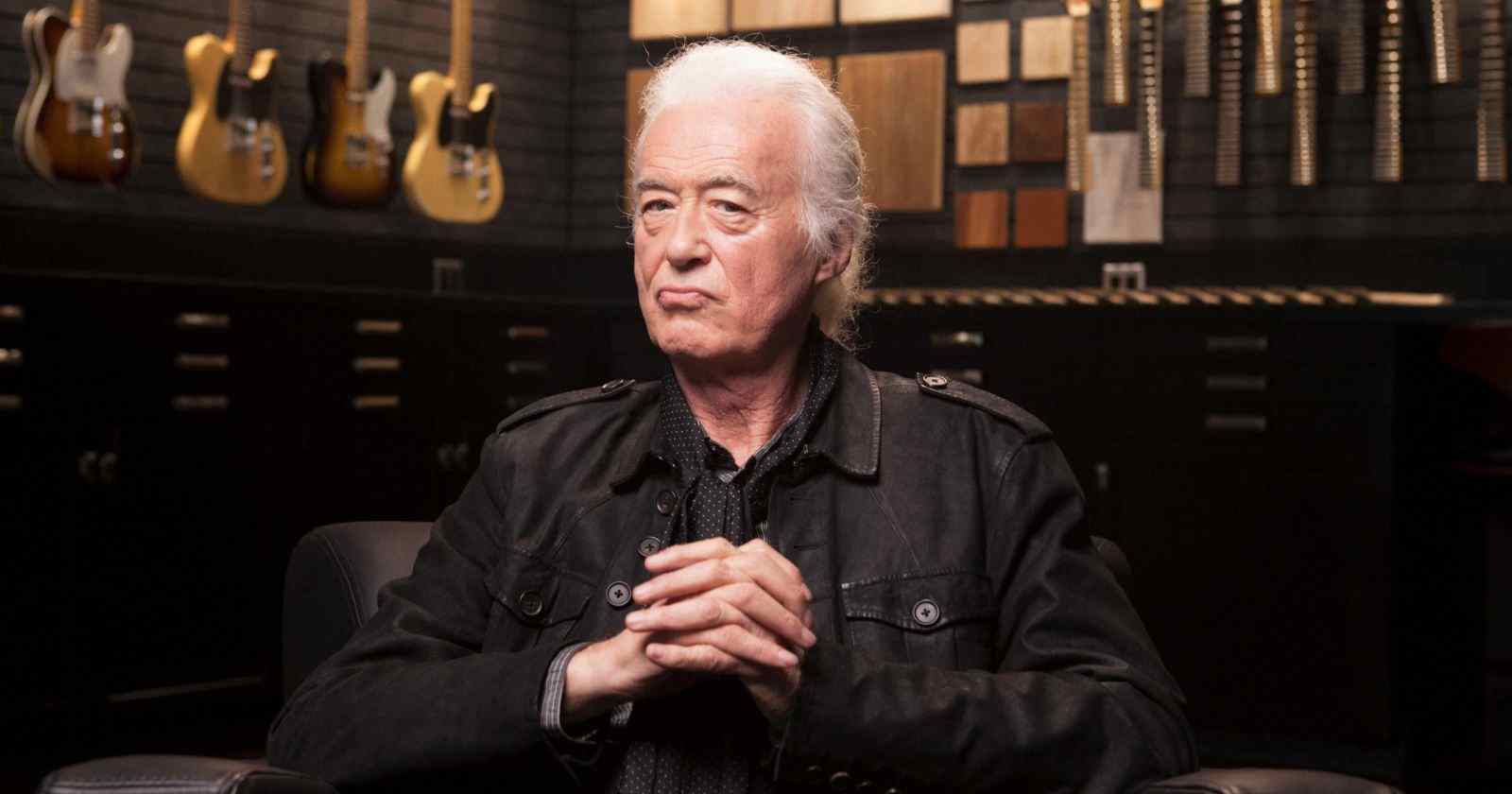 In a recent poll organized by the magazines Total Guitar and Guitar World, Jimmy Page‘s guitar riff on the Led Zeppelin classic “Whole Lotta Love” was elected the best riff of all time by the readers. The other 9 most voted riffs are from bands like Van Halen, Deep Purple and ZZ Top.

The 10 best guitar riffs of all time according to Total Guitar and Guitar World readers:

“Purple Haze” is one of Hendrix’s best-known songs and appears on many Hendrix compilation albums. The song featured regularly in concerts and each of Hendrix’s group configurations issued live recordings. It was inducted into the Grammy Hall of Fame and is included on lists of the greatest guitar songs, including at number two by Rolling Stone.

One of ZZ Top’s most successful songs, it was released as a single in 1973 and received extensive radio play, rising to No. 41 on the Billboard Hot 100 in June 1974. The song refers to a brothel on the outskirts of La Grange, Texas (later called the “Chicken Ranch”). The brothel is also the subject of the Broadway play and film The Best Little Whorehouse in Texas.

Upon hearing the main guitar riff for the first time, vocalist Ozzy Osbourne remarked that it sounded “like a big iron bloke walking about”. The title became “Iron Man”, with Geezer Butler writing the lyrics around the title. Osbourne sang behind a metal fan to get the sound effect in its first line, ‘I am Iron Man!’. Despite the title, the song has no connection to the Marvel Comics character of the same name.

“Enter Sandman” is the opening track and lead single from the black album, released in 1991. The music was written by Kirk Hammett, James Hetfield and Lars Ulrich. Vocalist and rhythm guitarist Hetfield wrote the lyrics, which deal with the concept of a child’s nightmares.

When Eddie Van Halen wrote the song, he did not consider it good enough to show his bandmates until a year later. He said it was supposed to be a punk rock parody, “a stupid thing to us, just two chords. It didn’t end up sounding punk, but that was the intention.”

“Smoke on the Water” is easily identified by its central theme, developed by guitarist Ritchie Blackmore. It is a four-note blues scale melody in G minor, harmonised in parallel fourths. The riff, played on a Fender Stratocaster electric guitar by Blackmore, is later joined by hi-hat and distorted organ. After that it comes the rest of the drums, then electric bass parts before the start of Ian Gillan’s vocal.

Known for its opening guitar riff, the song was AC/DC’s tribute to their former singer Bon Scott. His replacement Brian Johnson recalled to Mojo magazine in 2009 that when the band asked him to write a lyric for this song, “they said, ‘it can’t be morbid – it has to be for Bon and it has to be a celebration.'” He added: “I thought, ‘Well no pressure there, then’ (laughs). I just wrote what came into my head, which at the time seemed like mumbo, jumbo. ‘Nine lives. Cats eyes. Abusing every one of them and running wild.’ The boys got it though. They saw Bon’s life in that lyric.”

“Crazy Train” is the first single from Ozzy Osbourne’s debut solo album, Blizzard of Ozz, released in 1980. It is also his first solo single. The lyrics deal with the subject of the Cold War and the fear of annihilation that existed during this period.

Jimmy Page (Led Zeppelin guitarist) came up with the guitar riff for “Whole Lotta Love” in the summer of 1968, on his houseboat on the River Thames at Pangbourne, Berkshire, England. John Paul Jones (Led Zeppelin bassist) has stated that Page’s famous riff probably emerged from a stage improvisation during the band’s playing of “Dazed and Confused”. Page denied that the song originated onstage and that he had the riff and the rest took it from there.