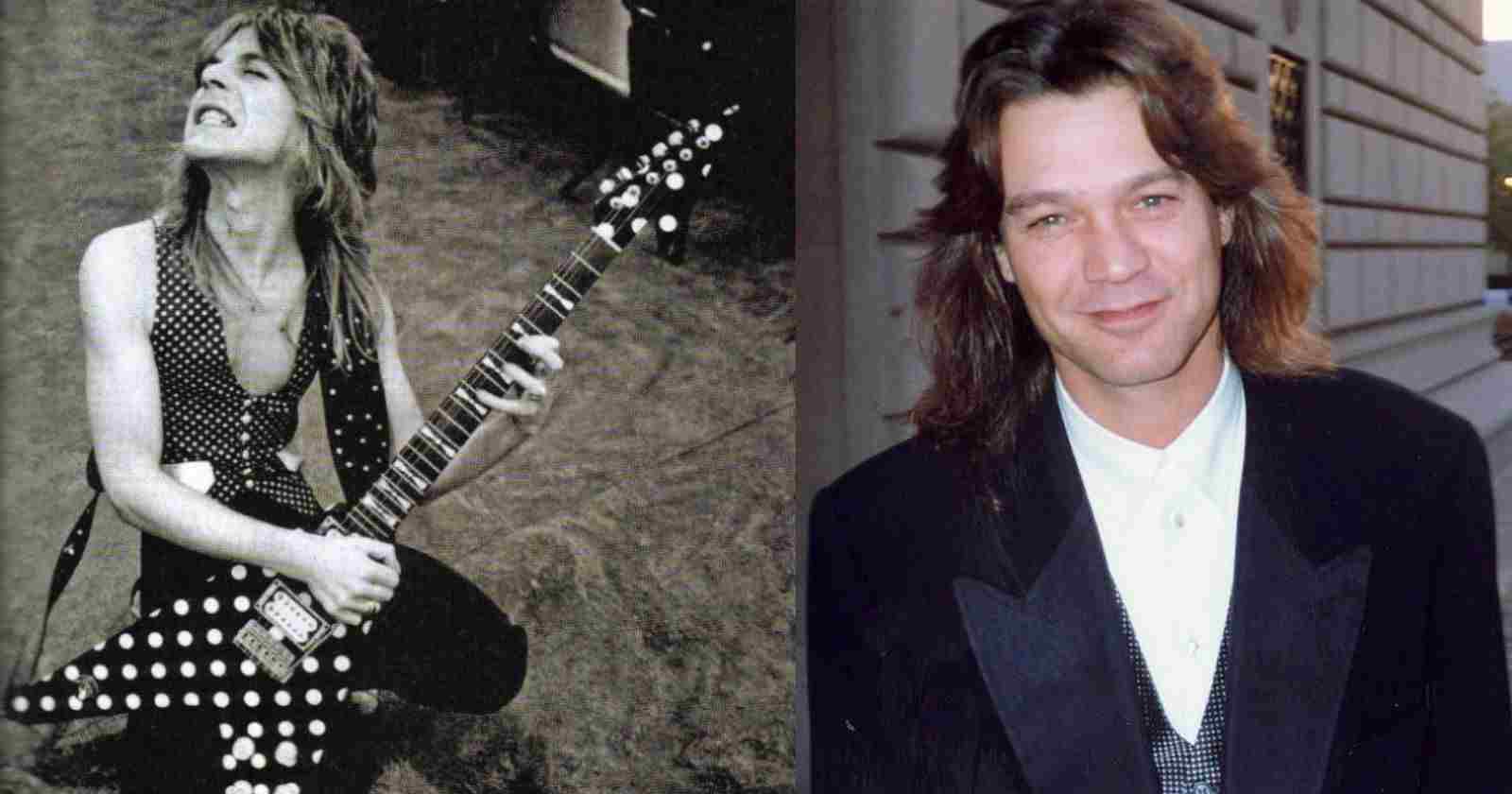 His playing syle is often compared to another legendary guitarist: Eddie Van Halen. In an interview with Guitar World back in 1982, Randy talked about his style and said that he used to use licks the way Van Halen used.

“Everything happens so fast that I haven’t had enough time to think about what I want to do. I have my own personality on the guitar but as of yet I don’t think I have my own style. For instance, I do a solo guitar thing in concert. I do a lot of the same licks as Eddie Van Halen. Eddie is a great player, but it kills me that I do that.”

“For me it’s just flash that impresses the kids. I’m trying to make a name for myself as fast as I can. I wish I could take time and come up with something that nobody else has done. But that’s gonna take a few years yet.”

Randy was devastated the first time he saw Van Halen

According to Rhoads biographer Andrew Klein that one of the co-authors of the legally contested book, ‘Randy Rhoads’, is quoted a large number of times in a series that compiles selected memories of Ozzy Osbourne’s guitarist. According to Klein, Rhoads’ girlfriend, Jan, was with him the first time he went to a Van Halen show, and that left him “devastated.”

The story illustrates the rivalry that grew between Rhoads and Van Halen, recalling that Rhoads reportedly asked Eddie how he could keep his guitar tuned without using lock nut in his tremolo: “Eddie refused to tell him and said it was his own secret,” Klein claimed.

“Randy could not understand. Because he was a teacher inside him. He loved to help others and was always willing to share everything he knew. So he would teach anything to anyone. He was very disappointed with Eddie’s treatment.”

Bassist David Ellefson is out of Megadeth
Rick Wakeman reveals his favorite singer, guitarist and songwriter
To Top