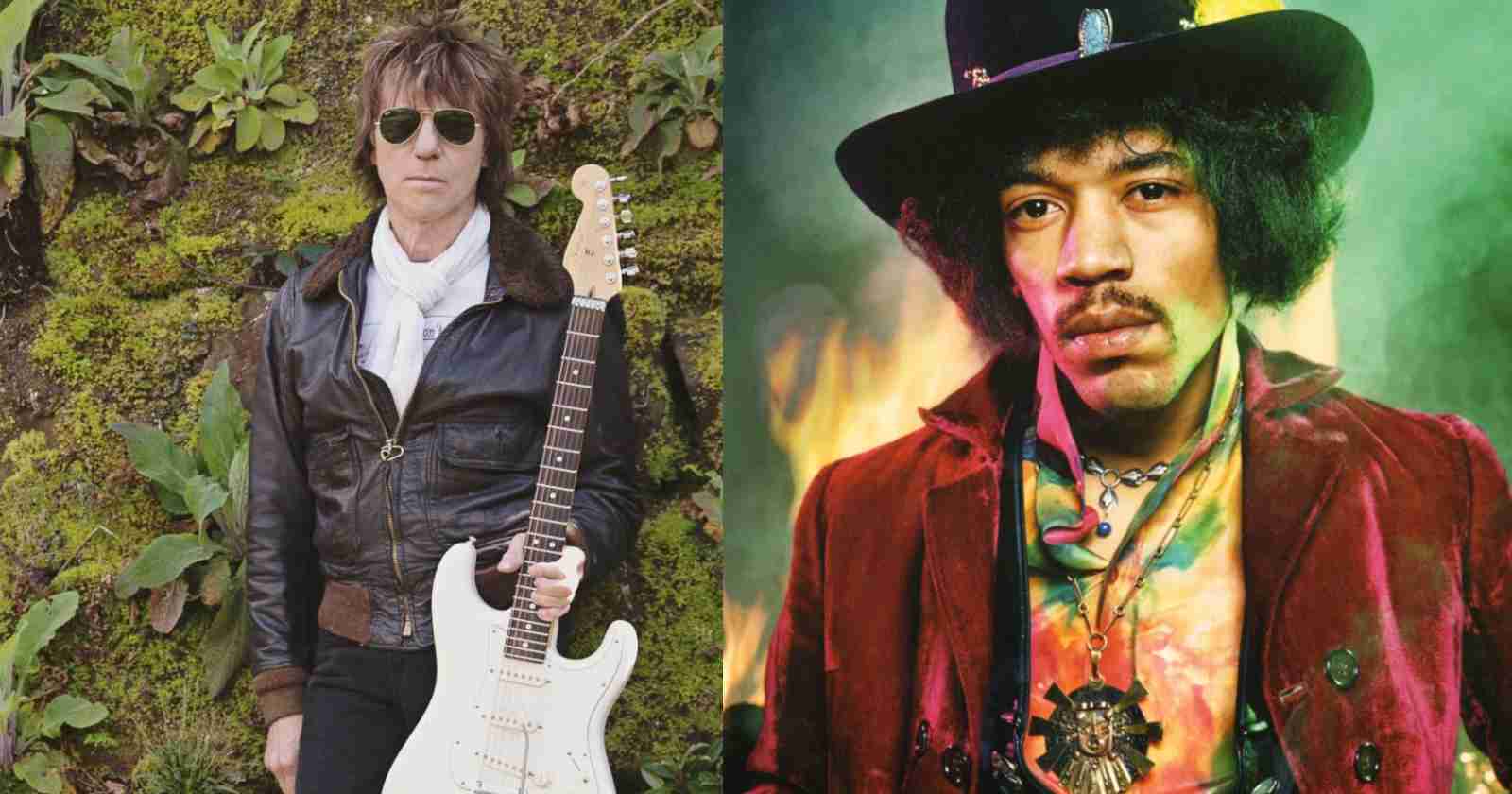 Jimi Hendrix is one of the most influential guitarists of all time and the British guitarist Jeff Beck had the chance to meet Hendrix as he recalled in many interviews over the decades. He even revealed his reaction when he first saw the American guitarist playing.

In an interview with Rolling Stone magazine back in 2016, Jeff Beck recalled the power of the experience of seeing Hendrix for the first time: “It was probably one of the first shows he did (in London). It was in a tiny downstairs club in Queensgate. It was a fashion club – mostly girls, 18 to 25, all dolled up, hats and all. Jimi wasn’t known then.”

“He came on, and I went, “Oh, my God.” He had the military outfit on and hair that stuck out all over the place. They kicked off with (Bob Dylan’s) ‘Like a Rolling Stone,’ and I thought, ‘Well, I used to be a guitarist.'”

During the same interview he was asked if he had the chance to know him well, to which he replied: “As well as you could in the fleeting moments. When the Jeff Beck Group played the Scene (in New York in 1968), he was there most nights. What an education, having him come in with his guitar. One night he played mine. He didn’t have his guitar. I ended up playing bass. There’s a photo. Jimi’s in the shot, Ron Wood is in the background. You don’t even see me in the picture.”

Beck was with Eric Clapton when he first saw Hendrix play

Eric Clapton was with Jeff Beck at that show as Beck recalled in an interview with Classic Rock in 2021, saying it was ‘quite devastading’ to see Hendrix do all his tricks with the guitar: “When I saw Jimi we knew he was going to be trouble. And by ‘we’ I mean me and Eric (Clapton), because Jimmy (Page) wasn’t in the frame at that point.”

“I saw him at one of his earliest performances in Britain. It was quite devastating. He did all the dirty tricks – setting fire to his guitar, doing swoops up and down his neck. All the great showmanship to put the final nail in our coffin. I had the same temperament as Hendrix in terms of ‘I’ll kill you’. But he did in such a good package with beautiful songs.”

How was the first time Jeff Beck met Hendrix

In an interview back in the 80’s, Jeff Beck talked about meeting Hendrix. He recalled that the first person who said Hendrix’s name to him was some girlfriend who called him in the morning and said “You gotta hear this guy Jimi Hendix. I was at a club last night, it’s unbelievable”. The musician then went to see Hendrix and was impressed by his talent and kept an eye in what the American guitarist was doing, what ultimately made the two meet: “I followed him around a bit. He’d heard of me, which I couldn’t believe, you know.”

When the two finally met face to face, Jeff Beck recalled that Hendrix even asked him about his music: ‘What is that lick you play in ‘Happening Ten Years Time Ago’ (from the Yardbirds)’, Hendrix asked  and then continued saying “I swiped that on this”. Jeff Beck then said he thought at that moment: “‘This is really incredible, this is kind of like we could talk music now’ not instead he is ‘immovable force’. I can actually get some inspiration and he was a great source of inspiration. The fact that he was doing things so upfront and so wild and change.”

Jeff Beck was inducted into the Rock and Roll Hall of Fame back in 2009 by Jimmy Page, his friend and ex-bandmate in The Yarbirds, who said at the ceremony “He’d just keep getting better and better, and he leave us – mere mortals”. Beck was nominated 16 times for the Grammy Awards and won on 8 ocassions.

Some of his most famous songs are “Cause We’ve endend as Lovers” and “People Get Ready”. Back in 2010 he covered “I Put a Spell On You” with singer Joss Stone that also became a hit. During his career he collaborated with names like Stevie Wonder, Rod Stewart and Eric Clapton.