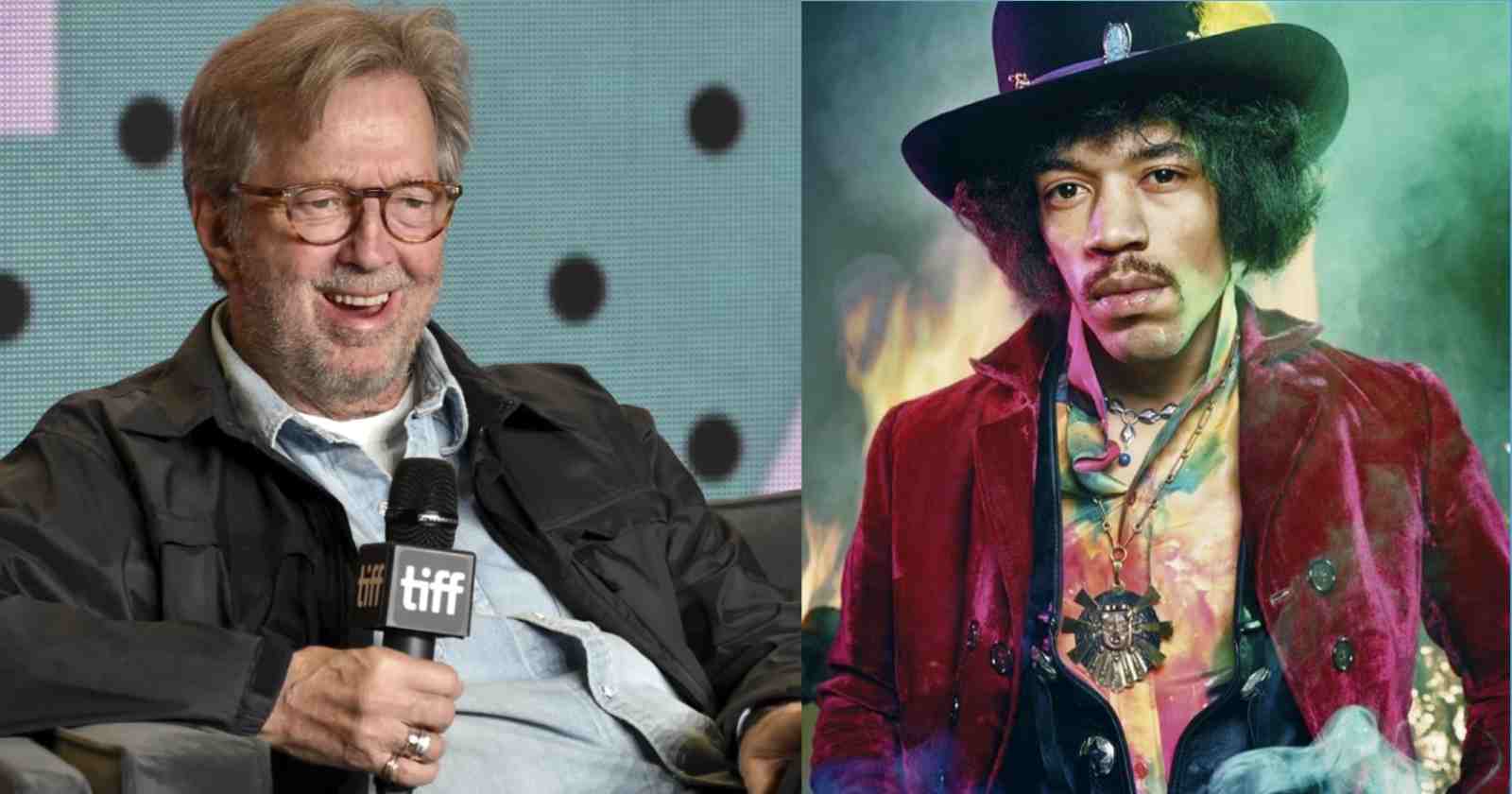 BBC Radio segment “My Hendrix Rock” special (Posted on Raised On Radio Youtube Channel) gathered famous musicians opinions on Jimi Hendrix and their favorite songs of the late guitarist. One of them was Eric Clapton, who was Hendrix’s friend and also had the chance to play with the late guitarist in the late 60’s.

Eric Clapton chose “Killing Floor” and recalled the night he met Jimi Hendrix, saying: “The first time I met Jimi, he came to see Cream play at an early Cream gig when we were playing universities and stuff like that, and the Cambridge May Ball. He came to the London Polytechnic and we were playing there, we got up on stage, and then Chas Chandler came up to us and said, ‘I’ve got this friend who would love to jam.’

“And I thought, ‘Well, yeah.’ And it was funny in those days anybody could get up with anybody if you were convincing enough that you could play. So he got up and blew everyone’s mind. And me too, I just thought, ‘Ah, someone that plays the stuff I love, in the flesh, on stage with me. I was actually privileged to be part of something that no one’s ever gonna be. That incident that night is historic in my mind.

Jimi Hendrix performed “Killing Floor”, originally written and recorded by Blues musician Howlin’ Wolf, early in his career, including early vocal performances with Curtis Knight and the Squires in 1965 and 1966. After arriving in England in September 1966, Hendrix performed the song when he sat in with Cream. “Killing Floor” was included in the set list of the newly formed Jimi Hendrix Experience. The song was often a set opener, and Hendrix played the song at a faster tempo, with a different rhythm guitar and bass line.

Led Zeppelin is another band that performed “Killing Floor” live in 1968 and 1969 and it became the basis for “The Lemon Song” that was on the album Led Zeppelin II.

What was Jimi Hendrix’s opinion on Eric Clapton and Cream

Hendrix once gave his opinion about Cream’s Eric Clapton and Ginger Baker during an interview talking about the first time he went to England. Hendrix quote is on the book “Starting at Zero: His Own Story“, a compilation of interviews he gave during his career.