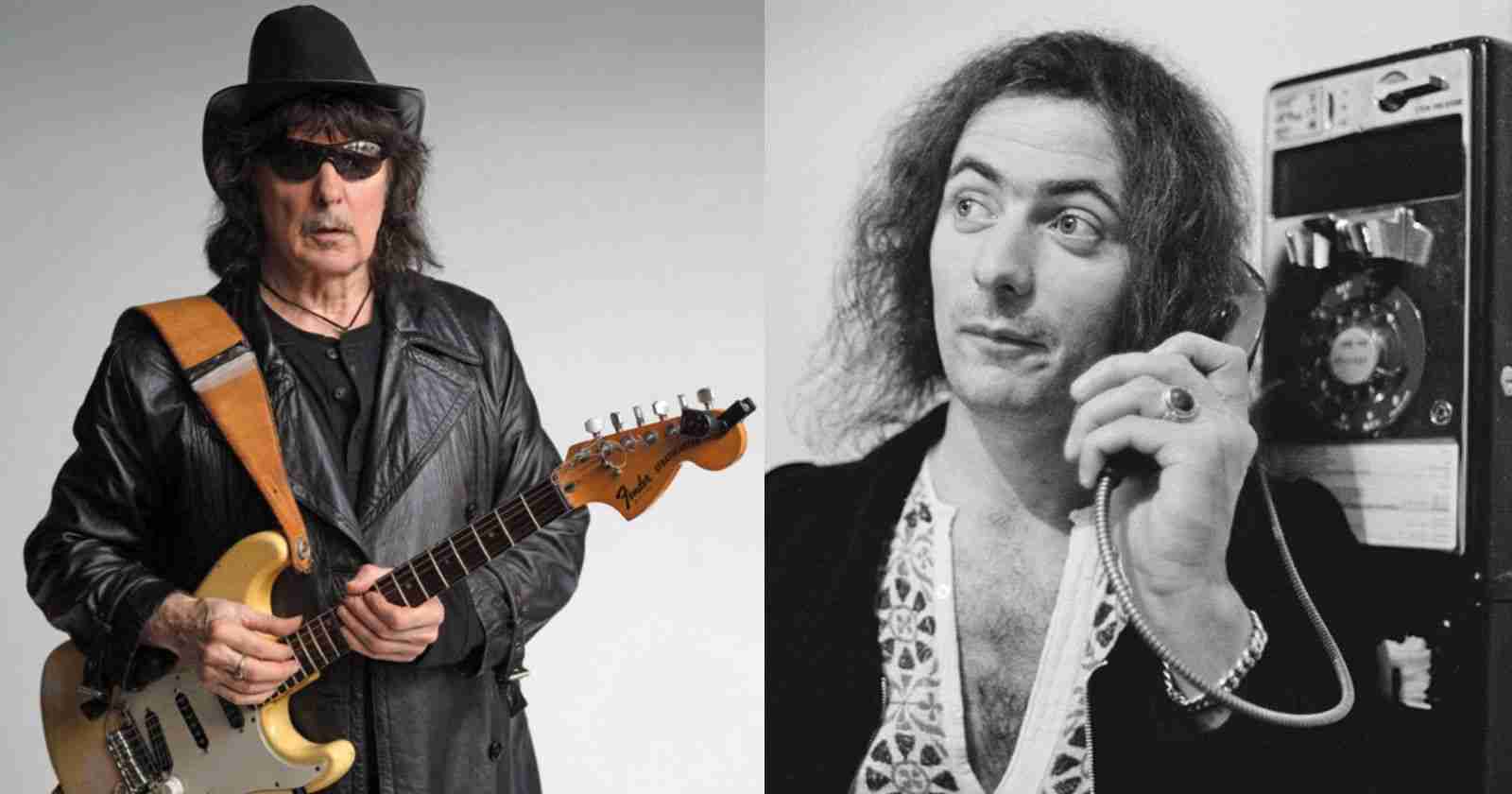 In music things are not often original, but an evolution from what was made before. Guitarist Ritchie Blackmore doesn’t hide that he “stole” many guitar riffs from songs that he used to listen. The musician recalled the songs and artists that were the inspirations for many Deep Purple riffs in an old TV interview posted by Ritchie Blackmore Youtube Channel.

5 riffs that guitarist Ritchie Blackmore “stole” from other musicians:

“‘Black Night’ it’s a very simple riff. That was a part of a song that I heard from Ricky Nelson who did it in 1962, I think as ‘Summertime’. That’s where I got the idea for the riff. He is saying ‘Summertime’ overt that (the riff), so it was not entirely original, I stole it.”

“‘Lazy’ was inspired by Eric Clapton. There was a thing by Eric Clapton called…called… I don’t know what it is but it went like this (Blackmore shows on guitar the Riff of Cream’s ‘Steppin’ Out’)”.

“We wrote that in Switzerland and the middle part was like arpeggios. It’s like a Mozart piece. I was impressed by Mozart in those days. I knew him quite well, he wasn’t at all well when I knew him, he didn’t look like he was full of life. In fact, I think he was dead but nobody could tell him that, because it would upset him. But that were the middle part came from. The rest of it was just a straightfoward rock song. Ian Gillan did an excellent job on vocals, screaming. He could sing at that point.”

“Smoke On The Water”/”Mandrake Root”

“I first had that idea back in 68 with a friend of mine who wrote a lot of what he writes in fourths. If you have (Starts playing the guitar) B, 1, 2,3 4… then you’ve got your interval harmony (plays the guitar). Now the melody of that was in fourths, which went like this (plays ‘Mandrake Root’ riff). In those days I’d never heard of that kind of harmony and it’s interesting because about five years later that how I wrote the ‘Smoke On The Water’, which was in fourths, it’s the same type of thing. ‘Mandrake Root’ was the very first song that Deep Purple put together. It was my instrumental idea along with Jon Lord and that was basically our first song.

“‘Smoke On The Water’ was at fourths. We had a riff,  I played the riff and I said ‘Well, maybe he should go to (he shows on guitar the chords) and that was it. Ian wrote the tune around that.

Roger Waters says he was banned by Gilmour from Pink Floyd networks
The Story of when B.B King and Buddy Guy met Jimi Hendrix
Advertisement
To Top