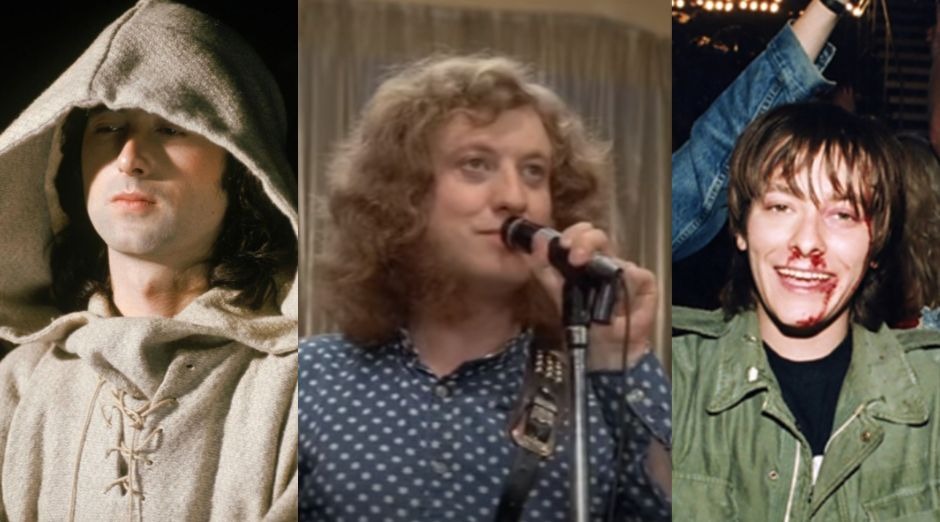 When talking about the relationship between cinema and rock n ‘roll, movies such as “Hard Days Night” and “Help” by the Beatles, “Jailhouse Rock” starring Elvis and “The Wall” inspired by Pink Floyd‘s self-titled album are always remembered. However, the presence of the musical style in cinema goes far beyond these films. So, to remember good moments of rock in cinema, why not a list of good, lesser known productions involving the genre.

The 5 good less remembered Rock and Roll movies to watch:

The group that baptized their songs with the wrong spelling exactly to provoke double meaning. Just like other great sacred monsters of British rock also had their own film, “Slade in Flame”. Which was a track from the 1974 album of the same name by band. The production followed the trajectory of a fictional band called “Flame”, formed by the members of Slade. Being a kind of alterego of the band. The two most remembered songs on the album and which accompany beautiful scenes in the film are “How Does it Feel” and “Far Far Away”.

Recorded in the summer of 1973, on three nights of shows performed by Led Zeppelin at Madison Square Garden in New York, still considered one of the most famous venues in the world, the documentary film mixes the songs performed live at concerts and backstage. With fictional sketches recorded with the band members. Even with Peter Grant, the band’s manager, known as the “fifth element” of the group appears in the movie.

In addition to moments that show Robert Plant and John Paul Jones with their families receiving the announcement about the start of a new tour, there are also surrealist scenes that appear in between songs. Such as Jimmy Page sitting in front of a stream listening a music box staring at the camera with his eyes emitting a red light (scene not too strange for those who know the guitarist’s interest in the occultism of Aleister Crowley).

John Bonham also starred in classic production daydreams, parading at high speed on his hot rod. The movie’s tracklist features most of the great classics from the band’s first four studio albums. Such as “Whole Lotta Love”, “Starway to Heaven”, “Rock and Roll” and “Black Dog”.

Based on the eponymous album by The Who, the film follows the story of a boy who is part of a “Mod” gang, characterized by being well-dressed young men who ride scooters and are always in constant conflict with “rockers”, who wear leather jackets and drive powerful motorcycles.

Remembered as a record of the British youth culture of the 60s, the production soundtrack is almost entirely made up of songs from the legendary Who album. Also has other classics like “Louie Louie” by Kingsmen (considered the most re-recorded song in history), “ Be My Baby ”by the female band The Ronettes and“ Night Train” by James Brown. Although The Who members don’t appear in the film. But there is a special appearance by The Police: Sting frontman.

Considered one of the best fake documentaries in history, it follows the trajectory of the fictional hard rock / heavy metal band: “Spinal Tap“. The movie mocks the style ambitions and behavior of the musicians.

Playing with the excesses of rockstars when they reach fame, the movie makes fun of fights between the group for trivial matters. Also shows the dispute of egos and exaggerated characterization on the visual and on stage. That has a scene that may have been inspired by an episode of Black Sabbath.  Who wanted to bring something like Stonehenge’s giant stones to the stage).

Among the most remembered scenes is the one that the character Nigel Tufnel, the band’s lead guitarist presents his collection of guitars and amplifiers. Justifying that the secret for the band to play louder than all the others is that they have a Marshall amplifier that go to volume 11.

The production follows the adventures and misadventures faced by four friends in the late 70s to go to Detroit to watch the show of the “hottest band in the world”, KISS. Among them, is the overprotective and religious mother of one the boys. Who believes that the name of the band actually means “Knights In Satan’s Service”.

The film also makes a lot of jokes about the band’s history. There is a scene where the boys discuss the band with a woman who is a fan of disco music. She claims that the genre was so in fashion that even KISS would end up recording a song by disco. Making clear reference to the song “I Was Made for Loving You”. Which divides the opinion of the band’s fans because it is in fact a disco song.

In addition to all the great classics from the band’s first albums. Also are on the soundtrack AC/DC, Black Sabbath, Thin Lizzy, David Bowie, Sweet and Van Halen.